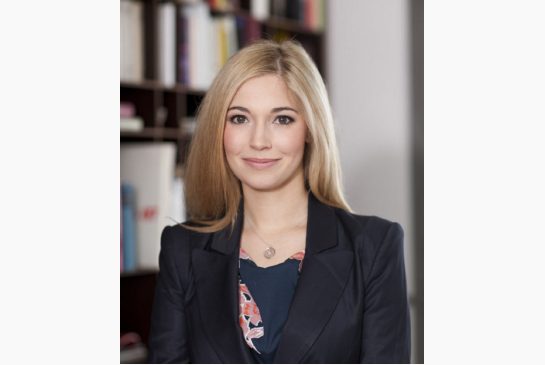 Julia Shaw is one of the two psychologists who found that seeding false memories of crimes in students that had never committed any was surprisingly easy.

Interviewer: “So you threw a rock instead?”

The person being interviewed is confessing on videotape to a serious crime — throwing a rock so hard at a girl’s head that it left her bleeding and unconscious.

But the assault in this story never happened. The interviewee was the unknowing subject of an experiment showing that innocent people can be led to falsely remember having committed crimes as severe as assault with a weapon.

The new study proves for the first time what psychologists have long suspected: that manipulative questioning tactics used by police can induce false memories — and produce false confessions.

Published in January in the journal Psychological Science by Julia Shaw of Britain’s University of Bedfordshire and Stephen Porter, a forensic psychologist who studies the role of memory in the legal system at the University of British Columbia, the study holds striking implications for the justice system.

“The human mind is very vulnerable to certain tactics in interviews,” Porter told the Star in an interview.

Shaw and Porter recruited 70 students at a Canadian university who had never committed a crime, and told them they’d be taking part in a study about how well people could remember their childhoods. They asked students’ past caregivers for details about a vivid event that had taken place in the students’ lives between ages 11 and 14, such as an accident or an emotional first day at school. Caregivers and students agreed not to communicate about the experiment while it was ongoing.

Researchers questioned the students for three sessions of about 40 minutes each. They asked them to recall two events in their past: the true event and an added false one, both of which they said the caregivers had told them about. The false event was described in as general terms as possible — simply “an assault” or “an incident where you were in contact with the police.”

If subjects said they couldn’t remember the false event, questioners reassured them they would be able to retrieve their “lost memories” if they tried hard enough. If they began to “remember,” experimenters asked for more detail. Do you recall any images? How did you feel? Visualize what it might have been like, they said, and the memory will come back to you.

By the end of the third interview, more than 70 per cent of subjects came to believe they had committed a crime just five or so years in the past. They didn’t merely agree they had done what the experimenters suggested — they generated all the details of the crime themselves, recalling vivid sensory memories and often becoming emotional and guilt-ridden.

Some subjects persisted in believing they were guilty after they had been told the “crime” had been invented. “A few people argued with the experimenter and said, ‘Well no, I know this happened,’ ” says Porter.

Think that’s scary? The psychologists did.

“We ended the study prematurely,” says Porter. Once he and Shaw had interviewed 60 of the students and realized the proportion of them generating false memories was high enough to support their hypothesis, they decided to spare the remaining 10 subjects the unnecessary upheaval.

It’s the stuff of disturbing sci-fi fantasies such as Inception and Blade Runner: planting an idea or memory in another’s mind that’s so convincing, they believe it’s their own. Except it isn’t science fiction — it’s science fact. And instead of fanciful technology, all the psychologists needed to implant a false idea was a room, three hours and some innocent-sounding questions.

A few details make this study different from a police interrogation. Subjects may have been less afraid to admit a crime to psychologists than to police. The hippocampus, the part of the brain that forms memory, also isn’t completely developed between the ages of 11 and 14. And subjects were being questioned about an act committed five years in the past — but police investigations often involve questioning about events that are decades old.

And while manipulative, these tactics pale at what police regularly do — interrogating suspects for far longer, being more confrontational and wearing them down emotionally.

The study is only the latest to show that false memories can be induced, adding to a growing consensus that memory is inherently fragile. Harvard psychologist Daniel Schacter has shown that memory is always in part a construction — a delicate process of rebuilding.

Simply remembering something can leave it slightly changed. Even vivid recollections can get distorted because of the way we recount them to others, our mood or whether we’ve had enough sleep.

While this changeable, plastic model of memory has become standard in psychology and neuroscience, in the justice system, an older, outdated model persists.

“(It’s) the old view that memory works as a videotape,” says Porter. “The ancient Greeks used to talk about the storehouse of memory or the wax tablet of memory. That when we perceive our world around us, those perceptions are in our minds permanently, and it’s just a matter of getting them out.”

The outdated belief that memory is largely infallible supports the use of the Reid police questioning model, an often aggressive technique meant to confirm suspects’ guilt rather than uncover the facts. The American technique, which allows interviewers to lie to suspects, has become standard around the world, including in Canada.

A well-known U.S. exoneration involving a man convicted on the basis of a Reid technique interrogation is that of Texan Chris Ochoa. Ochoa spent 12 years in prison for a murder he did not commit; he was freed when DNA evidence proved his innocence.

Ochoa confessed to the crime after two 12-hour interrogation sessions that led him to conclude he had no hope of evading conviction.

False memories are responsible for countless false convictions and wrongful imprisonments, Porter believes. The Innocence Project in the U.S. has found that in at least 30 per cent of cases where convicts were exonerated by DNA testing, they had made false confessions. Some of those may have been the result of falsely induced memories.

Porter believes both police and the law need an overhaul in the way they treat testimony and confessions. He argues eyewitness testimony is valuable and can be largely accurate if suspects are questioned in ways that help preserve their recall.

Advocates like Brent Snook, professor of psychology at Memorial University in St. John’s, have been trying to change police departments across Canada.

He’s successfully worked with officers at the Royal Newfoundland Constabulary, Peel Regional Police and other forces to stop using Reid and adopt the PEACE model, which has been in use for decades in the United Kingdom and has been adopted in Norway and New Zealand. That model demands officers collect more corroborating evidence before questioning suspects, and doesn’t allow threatening or lying. Advocates say it results in stronger cases.

“The message I try to get across to the officers is that memory is like a crime scene,” says Snook. “One of the first things you don’t want to be doing at a crime scene is contaminating it . . . You make sure no one gets in there and starts moving evidence around.”

A separate challenge is changing the court system, says Paul Pearson, a Victoria, B.C. defence lawyer. He says in his 15 years in court, he’s heard clients say they made confessions they no longer believe are true. But that has been a tough sell with judges.

“When we go to court as defence lawyers and try to argue to a judge that we should bring in psychological evidence about the frailty of human memory and false memory syndrome, we’re often met with a great deal of resistance,” he says. “Judges want to be the judges (of whether memories are true).”

There are signs that courts are slowly starting to change, however. Alberta judge Mike Dinkel denounced the Reid technique “in the strongest terms possible” in 2012 for its potential to render false confessions and wrongful imprisonment.

Dinkel made that critique while dismissing aggravated assault charges against daycare owner Christa Lynn Chapple, who had been charged after a child in her care suffered a head injury. Chapple endured an oppressive eight-hour interrogation even though she said at least 24 times she wanted to remain silent, only confessing when her “free will” was broken, said Dinkel.