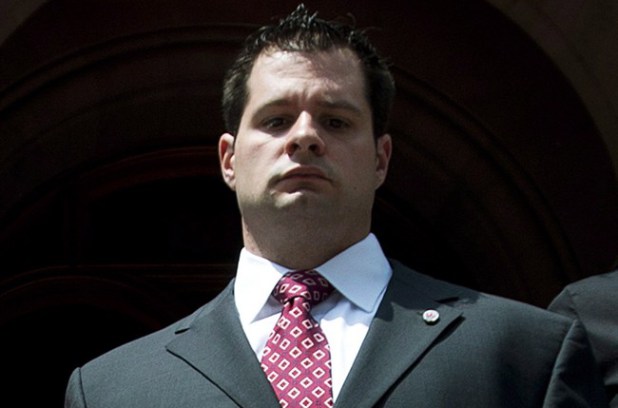 An Ontario Cop was Actually charged with a Criminal Offence.

Normally, 99.999% of criminal offenses by Police are never prosecuted.

Even in the 99.9% of cases, Criminal offenses get turned into a discipline
hearing where what would get a normal person jail time gets a slap on the wrist for a cop.

Ontario Police will continue to be encouraged to commit Criminal Offenses

for their own Criminal Purposes that is categorized by Police as "Old School
Policing".

Det. Peter Van Der Zander actually claimed in his report that the mother

denied attempting to strangle the father. The Ottawa Police then repeatedly

asked her the question, the violent mother never made such a denial.

Det. Peter Van Der Zander then suggested to her that she might "kill him with a knife next time" and, "next time she should call the police and they would help her" He sent her home in a Police Car as a victim, and collaborated with an Evidence Fabricating Child Abusing CAS worker Phil Hiltz-Laforge.

death threats and assault for some 55 assaults in one day. The evidence

consisted of Doctors reports, doctors photographs, reports to lawyers and

Digital Audio Recordings of all the assaults.

Those charges were screened and approved by an Ottawa Crown Attorney however two weeks later, the Head Crown Attorney in Ottawa, the Corrupt TARA DOBEC withdrew the charges.

with a Strangle Hold to the neck, and with both hands around his neck with her

thumbs intertwined around his windpipe, she coldly told him "My father was KGB,

I know what I am doing".

The proof of the Corrupt Vile nature of Det. Peter Van Der Zander is that he

be dreamed of to justify a "reflex action".

drivers licence can do, join the Ottawa Police to Fabricate Evidence to NOT