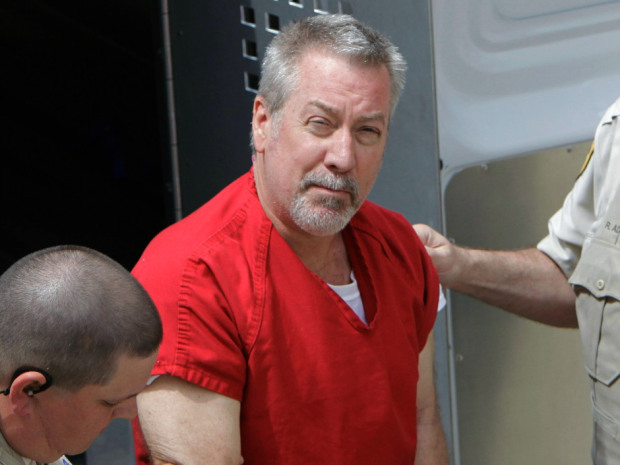 In this May 8, 2009 file photo, former Bolingbrook, Ill., police sergeant Drew Peterson arrives at the Will County Courthouse in Joliet, Ill., for his arraignment on charges of first-degree murder in the 2004 death of his third wife.

Drew Peterson, the former suburban Chicago police officer convicted of killing his third wife and suspected in the disappearance of his fourth, has been charged with trying to hire someone to kill the prosecutor who helped put him in state prison, authorities announced Monday.

Peterson appeared in court on charges that between September 2013 and December 2014, while behind bars, he solicited a person to find someone he could pay to kill Will County State’s Attorney James Glasgow. Peterson did not enter a plea.

Peterson, 61, has been in prison since he was convicted in 2012 of first-degree murder in the 2004 bathtub drowning of his third wife, Kathleen Savio. Savio’s death initially was ruled an accident, but after Peterson’s fourth wife, Stacy Peterson, disappeared in 2007, Savio’s body was exhumed and her death was ruled a homicide.

Glasgow’s office charged Drew Peterson with murder and in 2012 the former Bolingbrook police sergeant was convicted and sentenced to 38 years in state prison. 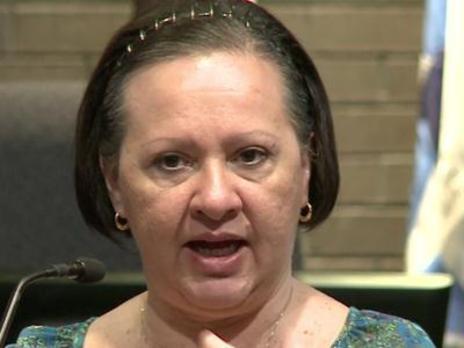 The latest complaint was filed by both the Illinois attorney general’s office and the prosecutor in Randolph County — the location of Menard Correctional Center, where Peterson is serving his sentence. In the two-page complaint, Peterson is charged with solicitation of murder for hire and one count of solicitation of murder, both felonies carrying a maximum sentence of at least 30 years in prison.

Peterson attorney Steven Greenberg said the charges “seem a bit absurd” because Peterson would have nothing to gain by trying to have Glasgow killed.

“This is completely out of character and inconsistent with everything I know about (Peterson),” Greenberg said. “I’ll wait to see what evidence they have.”

Monday’s announcement is the latest chapter in a case that became a media sensation almost from the day Peterson’s 23-year-old fourth wife, Stacy, disappeared in 2007. As a massive effort to find her grew to include divers and cadaver dogs searching ponds and thick wooded areas near Peterson’s Bolingbrook home, news trucks lined his street. 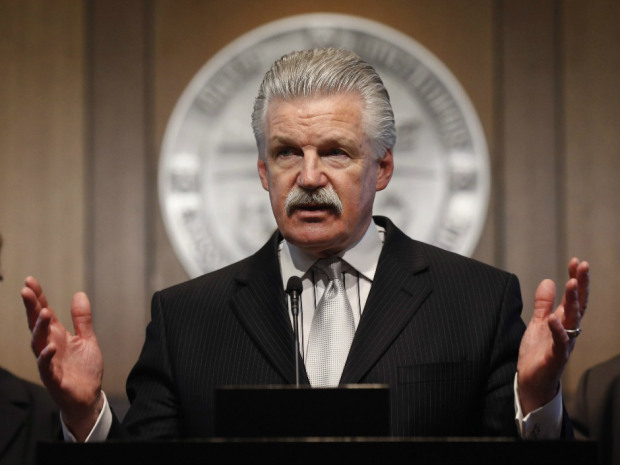 The search ultimately was unsuccessful, with Peterson accused but never charged with the slaying of his young wife.

But after Savio’s body was exhumed and authorities ruled her drowning a homicide, Peterson was interviewed countless times by news crews and, as the investigation continued, he joked about a “Win a Date with Drew” contest and discussed appearing on a reality TV show about a Nevada brothel.

Throughout it all, Peterson maintained his innocence and his attorneys contended Stacy Peterson had run off with another man and was alive. 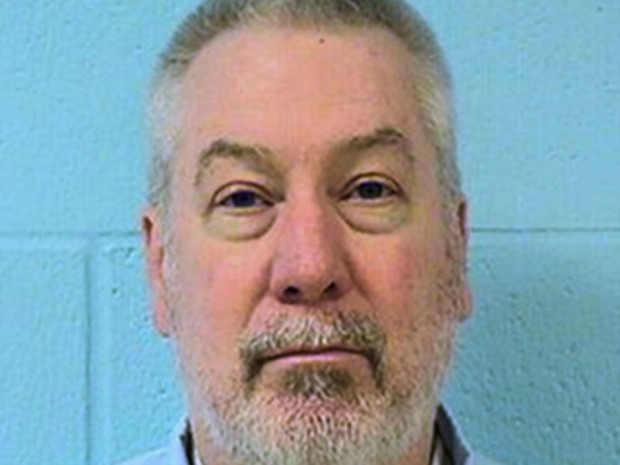 Drew Peterson did not testify at his trial, but addressed the court after he was convicted, blaming prosecutors for “the largest railroad job ever” and sarcastically telling Glasgow that the prosecutor could celebrate because he had destroyed Peterson’s life.

He challenged the prosecutor to look him in the eyes then told him to “never forget what you’ve done here.”

Glasgow issued a brief statement after the new charges against Peterson were announced Monday, saying that while it was “unfortunate that prosecutors sometimes must deal with allegations of this nature,” he would not let a threat to his personal safety affect the way he does his job.

This is an undated photo of Stacy Peterson, the fourth wife of Drew Peterson. Stacy has been missing since Oct. 2007 and Drew is suspected in her disappearance.

Drew Peterson was unlucky enough NOT to have worked for the Ottawa Police where being an Arrogant and Narcissistic criminal is what gets you hired.

One such Arrogant and Narcissistic Criminal is Detective Peter Van Der Zander who personally Fabricates Evidence NOT to charge the most violent females in Ontario.

Recently he Fabricated evidence that a Female Dentistry Student had denied, attempting to strangle a full time father when he never asked her the question or she made such a denial. Det. Peter Van Der Zander advised her that "Next time, she might kill him with a knife" and next time she should call police first. That as immediately before he sent home in a police car without charges without photographing the blood and scratch marks around the neck of the full time father.

Ottawa Police Sgt. Isobel Granger and Sgt. Norman Friel both fabricated evidence to cover up his fabrications. He was just pulled from that case, and the Chief Promoted him.

Another Detective then charged the Female Strangler with death threats and assault for some 55 assaults in just one day after, having the charges screened and approved by an Ottawa Crown Attorney.

The Female Strangler then, you guessed it, assaulted her new male partner with a strangle hold to his neck and coldly told him "My father was KGB I know what I am doing". That was reported to the Ottawa Police who did nothing.

She then found out about the statement and threatened him with false complaints to CAS to have his kids taken away. He reported that to the Ottawa Police and they did NOTHING.

Then the CAS of Ottawa directed the Head Crown Attorney in Ottawa, Tara Dobec to Stay the charges.

If Drew Peterson had been a woman, he could have had the luck to have Peter Van Der Zander as the investigating officer and encouraged to go home and murder another spouse.

And folks thats what you get at the Ottawa Police, the Ontario program of Gender Superiority that promotes murder and violence of fathers.