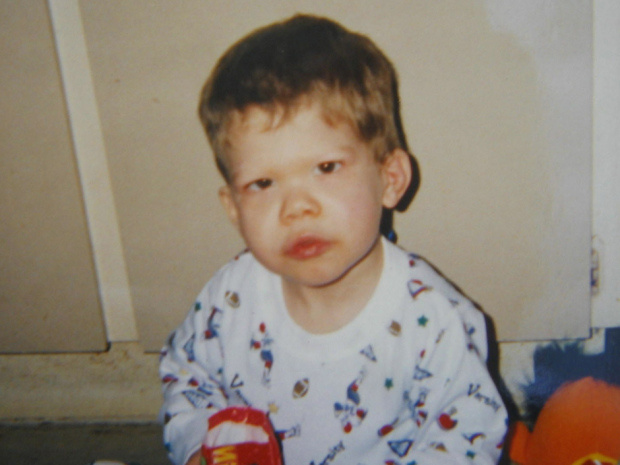 On the night he lay dying, Jeffrey’s sobs were interspersed with bouts of coughing, which must have been excruciating, given his frail 21-pound-body — the size of an average one-year-old. Jeffrey’s death would later be officially attributed to septic shock and pneumonia, but only because gross ineptitude and unconscionable cruelty can’t be listed on a medical autopsy report.

Jeffrey was living in the east-end home of his maternal grandparents, Elva Bottineau and Norman Kidman. The Catholic Children’s Aid Society (CCAS) had removed Jeffrey and his siblings from the care of their young and dysfunctional parents years earlier and placed them with Bottineau and Kidman, who seemed “supportive” and “helpful,” according to later testimony from the family’s children’s aid worker.

No one at the CCAS did a background check on the grandparents before placing the children in their care. Had they bothered to consult their own records, they would have found that Bottineau was convicted in connection with the death of her first baby in 1969, and that her two later children were made wards of the state after severe beatings from Kidman landed them in hospital. The family was under CCAS supervision until 1981 as the couple raised their other three children, though two separate psychological evaluations cast doubts on Bottineau’s ability to care for kids.

All this information was available, had someone at CCAS taken a moment to look. No one did.

Jeffrey and his older sister were, for some twisted reason, made the target of the Kidman and Bottineau’s torture. They were locked in an unheated room for hours, left to languish in their own waste and deprived of food and water. They were forced to drink out of the toilet and stand naked in an empty bathtub while the other children were out playing in the yard. Jeffrey’s sister, who is believed to have only survived because she was allowed to go to school where she was given a snack, always reeked of urine in class, though her teacher never contacted the police. And all the while, no one checked up on her little brother Jeffrey. When paramedics came to take Jeffrey’s body away, as the Post’s Christie Blatchford noted in a column, no one asked to ride along with him in the ambulance.

Bottineau and Kidman were both convicted of second-degree murder in 2006 and sentenced to life in prison with no chance of parole for 22 and 20 years, respectively. Then came the coroner’s inquest, which didn’t get started until 2013, after the pair had finally exhausted their appeals. The inquest sought to determine what went wrong in the case of Jeffrey Baldwin and recommend how Ontario could fix its broken child welfare system so no other child would be made to suffer his fate. If there would be any good to come from the Jeffrey Baldwin tragedy, that would be it.

We’re still waiting for that “good” to come to pass. This week, the province’s Ministry of Children and Youth Services submitted its response to the 103 jury recommendations from the coroner’s inquest, and said that the main proposal — that children’s aid societies across the province adopt a universal computer system to share information — won’t be fully operational until 2020. That will be six years after the recommendation was issued, and 18 years after Jeffrey’s death. “The ministry has established thorough processes and automated system tools to complete data migration, but the work is complex, time consuming and requires accuracy,” it said.

Over 23,000 children are stuck in the same system that so egregiously failed Jeffrey Baldwin

From 2013 to 2014, there were over 23,000 total children in care, according to the Ontario Association of Children’s Aid societies. That means 23,000 children are stuck in the same system that so egregiously failed Jeffrey Baldwin; a system that only became subject to oversight from an independent body just two months ago. And while this new Ontario Child and Youth Advocate represents a desperately needed step forward in terms of agency accountability, the office will not open investigations in response to parental complaints, nor will it be permitted to drop into foster homes unannounced. In other words, this type of oversight would have been of no use to Jeffrey’s parents had they opted to challenge CCAS’s ham-fisted handling of their children’s case.

The data sharing system proposed by the coroner’s inquest will obviously make it easier for caseworkers across the province to access relevant information. But the lack of an integrated computer program is not what killed Jeffrey Baldwin, especially considering CCAS needed have only looked back into its own files. It was ineptitude, carelessness and an absence of checks and balances that killed Jeffrey Baldwin, as well as an alarming lack of urgency that is evidenced, again, by the Ministry’s six-year timeline to develop the Baldwin inquest’s top recommendation.

A little common sense on behalf of aid workers, and a lot of regular oversight, would help prevent these tragedies from happening again. And for the 23,000 children currently in care, they can’t wait another day.