Marilyn Churley got pregnant as a teenager and gave up her infant for adoption. Later, as a politician, she advocated for adoption openness and found her son. 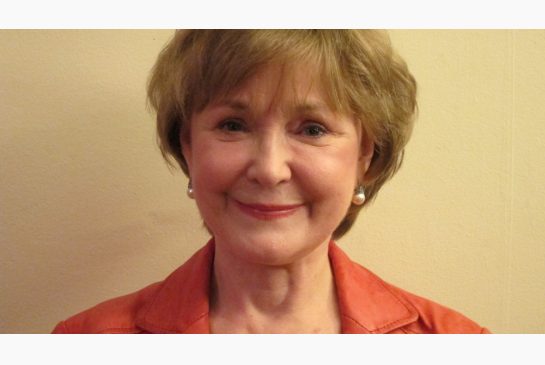 By: Jennifer Hunter The Reader, Published on Sat Feb 21 2015

In the late 1960s, when Marilyn Churley was a teenager, she got pregnant. In those days, parents didn’t talk much to their children about sex, there was little access to birth control and there was much shame attached to being an unwed mother. Churley gave her son up for adoption, but she went on to think about him constantly. Later, she had a daughter and a public life as a politician in the Ontario Legislature. In her new book, Shameless: The Fight for Adoption Disclosure and the Search for My Son, she tells the story of finding her son and fighting for legislation to open up birth and adoption records. Our conversation has been edited for length.

When you gave birth to a son in 1968, there were no legal abortions and it was impossible for a teenage girl to get birth control pills. You were 19 and had to give up your child for adoption. How did that feel?

It was devastating. You go from being a footloose and fancy-free teenager and then you find yourself in this position. You carry that baby for nine months and grow to love it. There is fear, a lack of support, and going through the birth was terrifying.

I wasn’t allowed to hold him or have any physical contact with him at all. That was agonizing. The awful thing is that the hospital staff had no legal right to keep me from my own baby prior to his adoption, but I didn’t know any better. When I was leaving the hospital and leaving my baby behind, I knew I would never get over this. Over the years, imagining what he might look like at various ages, I looked for him on street corners everywhere I went. I was sure I would recognize him. I have since learned that this is not an unusual phenomenon among women who relinquished their babies to adoption.

You didn’t tell your parents.

It came to light that Joni Mitchell had also had a baby when she was (young). She said that back in the day, it was a fate worse than death. It was something that didn’t happen to good families. I grew up in a religious family in a small town in Labrador. Having a child out of wedlock was a terrible thing to do to your family. It was kept hidden.

You later had a daughter, Astra, and she found information about the baby son you’d give up. Astra was 9 years old at the time. How did you handle it?

I knew I would tell her someday she had a brother but I wanted to tell her when she was older. She found a piece of paper, a letter I had written to the adoption agency in the Barrie area, where my son was born. It was clear in the letter that I wanted identifying information about my son. I remember her coming down after our dinner guests had left and her looking very serious and asking me, “Do I have a brother?” I lied about it and then she showed me the paper. She was very excited when I admitted she had a brother. I didn’t have any other children and the first thing she said to me was, “Can we find him?” Her whole mission was to find her brother.

When we did reconnect with him, she was an adult with a new baby and she did find it difficult. When a parent is reunited with a child it becomes an enveloping love. You’re obsessed with that person, and Astra felt left out and developed debilitating headaches. After seeing doctors and therapists it was determined it was because of jealousy of her brother.

It is fraught with complicated emotion. Some people get counselling, some people don’t. For an only child like Astra to have another sibling meant the world to her. It is the transition period when people can experience emotional difficulties.

Why did you decide to look for your son? You knew he was adopted by another family.

I always knew I would look for him. I decided I would wait until he was grown up and I would make myself known to him. I did take certain steps to find out a few things about the family who adopted him and what they did for a living. I had scraps of information.

I began looking for him when I was in the legislature and was actively involved in trying to change the laws. I asked a woman named Holly Kramer, the head of Parent Finders, to help me find him. Statistics show more females than males look for their birth children or their natural parents. Billy was glad to be found and he knew who I was because he used to see my name on elevator licences when I was the minister of consumer and commercial relations. He knew his birth mother’s last name and he knew he was adopted.

He loved his adoptive parents; they loved him; he had a happy life. He didn’t want to face rejection — that’s why he didn’t seek me out.

You fought hard to open up the adoption process, introducing at least five bills to allow adoptive children to seek their birth parents and to allow birth parents to seek children. It was a tough process.

I was determined to get the laws changed, partly because I got to know the real heroes in this story — adoptees and natural parents and some adoptive parents who realized their children would be happier and healthier knowing their birth parents. Adoption bills around the world allow the right to have your own information. It doesn’t mean you automatically have a relationship.

When I wrote my story in the Toronto Star after the Joni Mitchell story came out, I needed to do that to help break the stereotype, to show what an unwed mother looked like.

He convinced himself that he was not the father of the baby. I was outraged at first when he asked me to do the DNA tests. I began to understand, though. In the late ’60s there was free love and the expectation that women would be sexually active, without the benefit of birth control.

Everything today has changed. Adoptions on the whole are open and have been for a while, so there is some contact with the biological mother. The legislation I worked on is all about correcting historical wrongs and alleviating the incredible suffering of both parties.

It happens less frequently today but it does happen. If you go ahead and have the child, without a partner, there are supports. If you decide to keep the baby as a single parent, the shaming and the blaming are not there. Today the fear is more about sexually transmitted disease because birth control pills and abortion are available.

Why did you write this book now? There were so many newspaper articles in the 1990s about your situation.