Conservatives want to limit testimony in study of terror bill 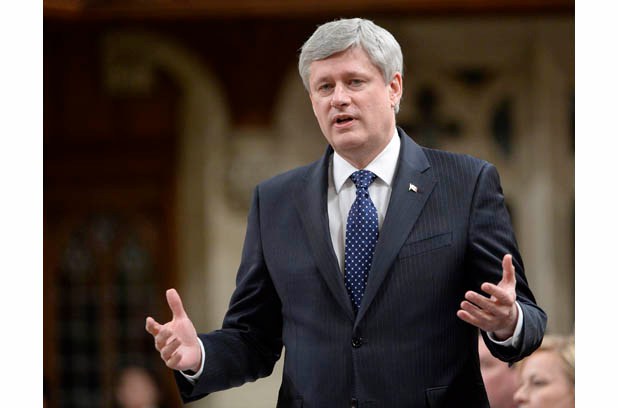 OTTAWA—The Conservatives are seeking to limit testimony on their wide-ranging terrorism bill to just four days, sources say, with Prime Minister Stephen Harper urging MPs to pass the bill “as quickly as possible.”

The parliamentary committee studying Bill C-51 met for several hours behind closed doors Tuesday to discuss potential witnesses and schedule meetings. Because the discussion was held in secret, MPs are prohibited about speaking publicly about the debate. But multiple sources told the Star the government wants only three meetings to hear expert witnesses, plus one appearance between Public Safety Minister Steven Blaney and Justice Minister Peter MacKay.

That would amount to only four days to study the most dramatic changes to Canada’s national security legislation since 2001.

No decisions were made on Tuesday, and Blaney’s office said it’s up to the committee — where the government enjoys a majority — to determine how many meetings they’ll hold.

In the House of Commons, NDP Leader Thomas Mulcair demanded that the bill be given a full study.

“Ramming C-51 through without improved oversight is reckless,” Mulcair said, urging the government to listen to human rights and security experts.

Harper dismissed Mulcair’s criticisms as “ridiculous” and argued the measures have the support of the majority of the Canadian public.

“The bill is before committee and I would urge the committee to study this bill as quickly as possible in order to ensure the adoption of these measures to ensure the security and safety of Canadians,” Harper told the House.

The NDP — as well as a number of security experts, academics, and privacy advocates — warn that the new powers given to CSIS can be used to investigate a lot more than just terrorism.

Under the proposed law, threats to Canada’s infrastructure, economic stability, and diplomatic relations, are all fair game for Canada’s spies.

Critics also point out that while CSIS will be given a larger mandate and expanded powers — including the ability to break the law or violate Charter rights, with judicial approval — the government refused to add more oversight.

The government has said “lawful” protests will not be targeted, and have opposed any increased oversight of Canada’s spies.

Liberal Leader Justin Trudeau, who said he will support the bill despite having misgivings about the lack of oversight, called on the Conservatives to take the “proper time” to study the bill.

“On an issue as important as this, I hope that the Prime Minister and the Conservative Party allow for an important and informed discussion at committee,” Trudeau told reporters.

The New Democrats, meanwhile, appear ready to try to stall the bill at committee in an effort to wrest more meetings from government MPs. The NDP’s public safety critic, Randall Garrison said they intend to bring forward a motion urging the committee to hold evening sessions, and continue to meet on weeks when Parliament is not sitting.

The NDP have brought forward about 50 names as potential witnesses — including former prime ministers, retired Supreme Court justices, and security experts — and are hoping for 25 meetings on Bill C-51.

When Canada brought in its original anti-terror law in 2001, the former Liberal government held 19 committee meetings to hear from witnesses and debate the law.

On Nov. 20, 2001, in the face of public pressure and concerns within its own caucus ranks, the Liberals proposed amendments that clarified provisions and added “sunset” clauses for two of its most controversial powers — investigative hearings and preventative arrest.

The Senate studied the bill in a special committee before the Commons had finished its study, and another committee examined the bill as amended by MPs.

The whole thing was done in little more than two months.

Justin Trudeau has now shown his true colours. He fails to give a dam to the legal and democratic rights of Canadians.

He believes, in his delusional mind, that he is about to replace Harper and like Harper, wants a government with "big Brother powers" that slowly but surely turn Canada into a corrupt lawless state where the government decides guilt of innocence on the basis of political correctness.

Police Officers are no different from any human being who if offered absolute power. 50% will abuse it absolutely.

That's why we have a justice system because Authorities cannot be entrusted with absolute power that corrupts absolutely.

Ottawa Residents need to be warned of several of the Most corrupt Criminals in Ottawa who abuse power absolutely.

One of the most dangerous is the Ottawa Police, who habitually Fabricate evidence and its not uncommon in criminal trials to find 50% of the police officers lying, fabricating evidence or otherwise attempting to convict the victims of crimes by the Ottawa Police.

If you visit the Ottawa Court House at 161 Elgin Street, their liason person is one of Ottawa's Professional Fabricators of Evidence, child abusers and Obstructor of Justice Sgt. Peter Van Der Zander.

This lowest form of life of the Ottawa Police personally fabricates evidence NOT to charge Ottawa's most violent criminals.

This professional criminal was caught by his superiors fabricating evidence, removed from a case where he failed to lay charges where charges were laid by another officer. The Crown then corruptly and improperly stayed the charges.
Subsequently, Peter Van Der Zander was promoted to Sgt.

Peter Van Der Zander is classic example of how Police Abuse their powers and behave like criminals.

You can meet him any day at the Ottawa Court House where the Ottawa Authorities have prevented him from being examined or cross examined on his Criminal Offences of Fabricating Evidence, obstructing justice and what can only be called "terrorism".

If you have knowledge of criminal offences by Peter Van Der Zander drop us an email.