Five busted on drug-related charges in two investigations in Vanier 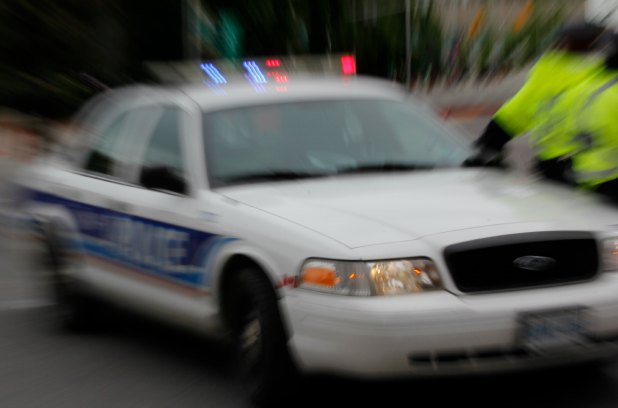 An Ottawa police cruiser is seen with its lights flashing in this file photo.

Ottawa police were kept busy in Vanier on Friday with two separate investigations that resulted in drug charges against five people.

In one case, Ottawa police conducted a traffic stop near the intersection of Hannah and Montfort Streets where an individual was arrested for breaching a release condition.

Police seized more than 26 grams of crack cocaine and marijuana with a combined street value of approximately $3,758. Police also seized $2,545 in Canadian currency and a 2008 Honda Civic.

Police charged Jesse Larocque, 22, with three drug-related charges and two counts of breach of an undertaking. He is scheduled to appear in court on Wednesday.

Just a short drive down the Vanier Parkway the Ottawa Police Service Drug Unit executed a drug warrant in the 200 block of Donald Street following a month-long investigation in response to resident complaints about drug trafficking in an Ottawa Community Housing unit.

In that case, police seized 3.7 grams of crack cocaine and 11.75 grams of marijuana, which had a combined street value of approximately $487, as well as $1,915 in Canadian currency.

Police charged Omar Abukar, 22, Alex Karemera, 23, Ismail Muse, 24, and Vanessa Diaz, 20, with two counts of possession for the purpose of trafficking and possession of proceeds of crime under $5,000.

The three men and one woman were were released on a promise to appear with undertakings and are scheduled to appear in court on March 25.

At first glance, it looks like the police are doing a first class job, making arrests that look good in the press with apparently, reasonable and probable grounds, with a realistic probability of a conviction.

You will not read about the "Rotten Cops" of the Ottawa Police who fabricate evidence NOT to charge violent women who act to remove children from full time fathers and place them with violent women.

Van Der Zander in reality is one of Ottawa's worst child abusers. He engages in what can only be called "child snatching" which removes a child from the only parent they know and hands them on a platter to the most violent parents who have a 100% probability of child abuse.

These three Criminals wear the uniform of the Ottawa Police. They are a symptom
of hundreds of millions of dollars of Taxpayers dollars in what can only be
called Domestic Terrorism.

After the Ottawa Police caught Cst. Peter Van Der Zander, fabricating evidence,
and obstructing justice to NOT charge a violent female, he was promoted to
Sargent.

Van Der Zander was caught fabricating evidence and then after more evidence became available of very serious criminal offences against children and the administration of Justice, he was promoted to Sargent.

You can meet this professional criminal at 161 Elgin Street Ottawa where he is now the court liaison officer.