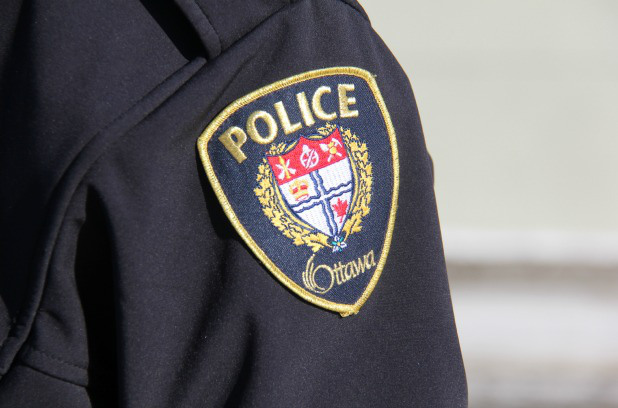 A 37-year-old man is facing three charges after a stabbing on the University of Ottawa’s campus early Wednesday.

Ottawa police say they have received reports of physical attacks targeting members of the GLBT community in The Village and are urging anyone with information to come forward.

Insp. John McGetrick said there have been four such attacks in the last five weeks, with the most recent one being on Feb. 27. All of them happened in the late evening or early morning hours.

The issue facing police is that no victims have reported the incidents to authorities and details are scant, according to McGetrick. The information was forwarded to the Ottawa Police GLBT Liaison Committee, of which McGetrick is police co-chair.

“We can’t investigate without a victim,” he said, adding that it’s not unusual for victims to not come to police.

“A lot of crime is underreported and I think when you’re dealing with a vulnerable community, I’d say it’s even  (more) underreported.”

The committee posted a message to its Facebook page on Feb. 28 asking residents to use caution when walking home after bar hours or late at night.

Victims who are reluctant to come forward should know that there is commitment on their part if they speak to a police officer, he added. Once the matter is in the courts the Crown prosecutor is in control, but until then the victim is “in the driver’s seat.”

“If someone comes to us and says, ‘I was attacked in The Village’ and after giving the interview say, ‘you know what, I’m glad I reported this, but I’m just not up to any further action,’ then that’s fine. We end it there,” said McGetrick.

There is also victim support both in the Ottawa Police Service Victim Crisis Unit and with partner organization should anyone need help after reporting an assault or other crime.

The Ottawa Police are in reality a Fascist Organization promoting violence by women towards men and its costing taxpayers Billions of dollars. They believe in "Gender Superiority" that assumes men are violent not deserving legal rights.


The Ottawa Police are  notorious for arresting and charging Male Victims of Domestic Violence. They they get one of the lowest forms of life in the Crown Attorney's office to prosecute victims and, hand pick one of the two well known corrupt Judges in Ottawa where the trial is a forgone conclusion.

That makes Ottawa Ontario a dangerous place to be father where Rotten Evidence Fabricating Cops like
former Detective Peter Van Der Zander Badge No 1639  who was "promoted" after he was caught Fabricating evidence to not charge a violent female.

Then there is Constable Samuel Wayne Smith Badge No. 880 and Van T. Nygen Badge No. 952 who also Fabricate Evidence to charge male victims of domestic Violence.

The costs to tax payers are staggering. It is also a Corrupt Make Work project for the Ottawa Police and now Sgt. Peter Van Der Zander is now in charge of Court Liaison where he arranges for Police Witnesses who get paid a minimum $50 an hour for turning up as a witness.

The Police have plenty of victims to deal with in Ottawa and raising the GLBT subject is simply a diversion from the very serious problems created by Ontario's Gender superiority program that results in 90% of male victims of domestic violence being arrested and charged.

GLBT is now so accepted that in many organizations, if you are not GLBT you are a sub human and its the NON GLBT who are more likely to suffer gender based violence and  abuse, and, those in charge of those programs are more often than not members of the GLBT.

Insp. John McGetrick is correct when he says "Once the matter is in the Courts the Crown prosecutor is in control" but he sure is wrong when he says "until then, the victim is in the driver's seat.

Insp. John McGetrick knows that 90% of the time that when fathers call the Ottawa Police because they are victims of Domestic violence, charges will be laid against not the female perpetrator but the male victim.

That's why the City of Ottawa for for that matter Ontario, is tantamount to a fascist state where men have no legal rights.

In the very rare event that charges are laid against a Female, the Ottawa Police coaches for violent females step in and tell our Corrupt Crown Attorneys like Tara Dobec and Vikki Bair to stay charges against a female and maliciously prosecute on behalf of the Ottawa Police any male who dares to report domestic violence.

The most despicable examples of father hating cops is the collection of psychopaths in Partner Assault who generally have nothing but hatred for any male who dares to say that a female was violent.

One of the worst of the worst in the Ottawa Police is Det. Peter Van Der Zander. This lowest form of humanity Fabricates Evidence to not charge the most violent of female offenders and then terrorizes male victims of domestic violence for reporting child abuse and or female violence and sheer terrorism.

While we have around 300 Million Dollars each year, given to the Ottawa Police to Promote Murder and violence towards fathers, its insulting and degrading to read the incredible amount of publicity that they put into the GLBT issues.

The homophobic problem in Ottawa while real and deserving attention, is small potatoes when compared to the incredibly disgusting war on male victims of domestic violence simply because it does not suit their political and corrupt financial agenda.