The Hospital for Sick Children cites questions that arose in its own review of the Motherisk lab in suspending the program, pending the results of a provincial review. 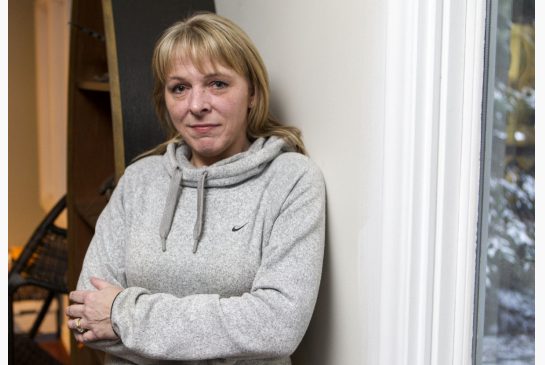 Christine Rupert is among the parents whose children were removed after tests done at the Motherisk lab concluded she'd been using cocaine. Rupert claims the tests were inaccurate, and the program is now suspended while the provincial government investigates.

The Hospital for Sick Children has suspended its controversial Motherisk drug and alcohol hair-testing program amid new questions about analyses carried out by the laboratory, which have been presented as evidence in an unknown number of child custody and criminal cases.

The decision, which comes in the wake of a Star investigation, has potentially wide-reaching implications — both for child welfare agencies that rely on the testing as proof of parental substance abuse and for cases that have hinged, in some part, on Motherisk’s results.

In a statement Thursday, Sick Kids said that “questions have arisen that require further analysis” amid an ongoing provincial review and an internal probe of the hair-testing program. As a result, it is halting “all non-research operations” at the Motherisk lab, pending the results of the independent review, announced last November.

“Today’s move seems to be an acknowledgement that the work done at Motherisk might have led to wrongful convictions and miscarriages of justice in some cases,” said Toronto defence lawyer Daniel Brodsky, who sits on the board of the Association in Defence of the Wrongly Convicted.

“It’s highly unfortunate that it took an internal audit to underscore how serious the forensic mess could be,” Brodsky said.

Toronto lawyer James Lockyer, whose appeal court case cast doubt last year on the reliability of hair drug test results presented by Motherisk at a 2009 criminal trial — and prompted the Star investigation — described the hospital’s announcement as “a relief.”

“The work that they do should be done by a properly accredited forensic laboratory,” Lockyer said. “I never understood how Motherisk slipped through the cracks and became such an important part of our justice system, without those kinds of checks and balances that forensic accreditation requires.”

Motherisk is an accredited clinical lab — a designation that has less rigorous requirements than a forensic lab.

The Ministry of the Attorney General launched a review of five years’ worth of hair drug tests performed by the Motherisk program, between 2005 and 2010, after Star stories raised concerns about the reliability of hair test results, which have been routinely accepted without challenge in Ontario courts.

Health Minister Eric Hoskins said he has “full confidence” in the provincial review being carried out by retired justice Susan Lang.

“She will provide us with a report that answers the questions that need to be answered,” he said.

Last month, the Innocence Project at York University requested that the province expand the scope of the review to include more recent cases, citing the custody dispute involving a Toronto-area mother who received a false-positive hair drug test result from Motherisk last year.

According to Katharina Janczaruk, chair of the Family Lawyers’ Association, the erosion of trust in the Motherisk hair testing program has already had a profound effect.

“Cases are not being referred to them because no one has confidence in them,” Janczaruk said. “Sick Kids is doing officially what has already been done to them.”

Caroline Newton, spokeswoman for the Ontario Association of Children’s Aid Societies, said the organization has developed a list of alternative labs that perform hair drug and alcohol tests.

Newton stressed that hair tests are only one of many investigative approaches used by child-welfare agencies to determine what’s best for children. When it comes to ongoing cases that used Motherisk hair test results, she said, “each case will be looked at on its own merit.”

Hoskins said he still stands behind other work being done by Motherisk, such as counselling women and their doctors on substances that are safe to take while pregnant.

NDP Children and Youth Services critic Monique Taylor said the Sick Kids announcement “raises many questions about (hair) tests performed up to the present day … and families deserve to know just what is going on.”

“The government needs to tell Ontarians what they know about the tests that were done by Motherisk,” she said in a statement.

Questions have been swirling around Motherisk’s hair testing program since October, when a Court of Appeal overturned the cocaine convictions of Toronto mom Tamara Broomfield.

Broomfield was sentenced to seven years in jail after Motherisk director Gideon Koren testified at her 2009 trial that tests of her young son’s hair showed that he had regularly consumed large doses of cocaine for more than a year leading up to a 2005 overdose that left him brain-damaged.

The appeal court tossed out the cocaine convictions after an expert witness for the defence criticized the methods used by Motherisk to prepare the boy’s hair sample, the methodology used to analyze it and the validity of the results presented at trial.

Broomfield has abandoned her appeals of other child-abuse convictions related to the boy.

Rachel Mendleson can be reached at rmendleson@thestar.ca