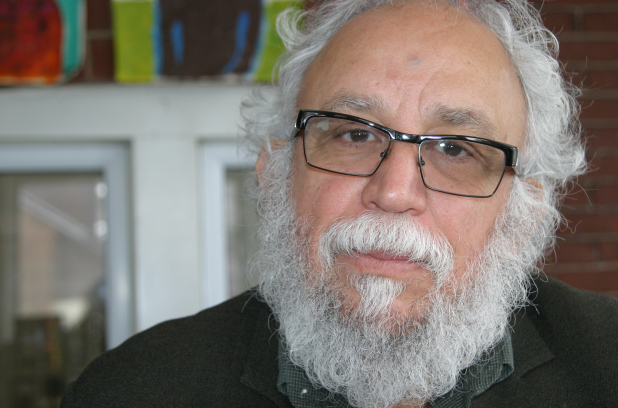 Francisco Rico is blatantly breaking the law and justifies that he some how has a god given right to break the law.

What he is doing is encouraging others to break the law and "jump the queue" by illegally entering the country.

Just how many times does this clown think he can turn Canada into a lawless society and get away with it?

One the scale of criminal offences there are many other very serious criminals on the loose in Ottawa blatantly committing criminal offences who are employed as Police Officers, lawyers prosecutors and judges In Ottawa.

Spare a thought for full time fathers in Ottawa where the Ottawa Police habitually fabricate evidence to protect violent women and, effectively promote murder and violence by women towards fathers.

One Sgt. Peter Van Der Zander Fabricated evidence in his written report that a woman denied attempting to strangle her husband with a choke hold to the neck so effective, it left him with scratch marks and bleeding around the neck. The video of that interview showed that he never asked her that question prior to telling her that he was concerned that "next time" SHE might kill him with a knife" and that next time she should call police who would help her.

The Corrupt Sgt. Peter Van Der Zander then effectively abducted the children from the care of that full time father and placed them with one of Ontario's most violent women.

These professional Criminals are protected by their superior officers and the ultimate responsibility rests with our Chief of the Ottawa Police who effectively encourages his officers to Fabricate Evidence and engage in crime in what is called "Old School Policing".