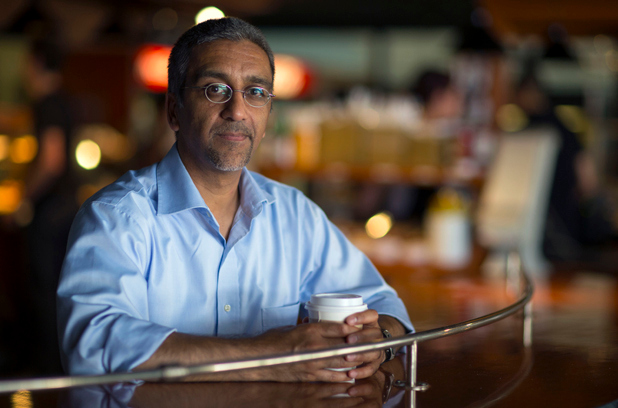 Ziyaad Mia, of the Canadian Muslim Lawyers Association, says anti-Muslim sentiment in Canada is a growing concern and "some of this xenophobia is being stoked by political leaders."

Islamic extremism accounted for 15 per cent of such attacks, the document noted, while left-wing extremism and “black power” groups followed with 13 per cent. Anti-abortion activism (8 per cent) and nationalism/separatism (7 per cent) rounded out the list, while in 40 per cent of cases there was no clear ideological motivation.

“Lone actors tend to create their own ideologies that combine personal frustrations and grievances, with wider political, social, or religious issues,” note the documents prepared for Michael Peirce, assistant director of the Canadian Security Intelligence Service.

“This study confirms that lone actor terrorism runs the gamut of ideological persuasions.”

The documents, obtained by the Star under access to information law, were prepared for Peirce’s appearance before a Senate committee on national security in October. His testimony came five days after Michael Zehaf-Bibeau fatally shot Cpl. Nathan Cirillo at the National War Memorial.

In a video recorded minutes before the shooting, Zehaf-Bibeau claimed his actions were in retaliation for Canada’s combat missions in Afghanistan and, more recently, Iraq.

Zehaf-Bibeau’s attack came days after Martin Couture-Rouleau ran down Warrant Officer Patrice Vincent in St-Jean-sur-Richelieu. Authorities said Couture-Rouleau was frustrated after he was refused a passport, allegedly to travel to Syria and fight for the Islamic State.

Those two attacks have focused the Canadian conversation about domestic terrorism on radical Islam to the exclusion of other potential threats. The Conservative government has repeatedly referred to the attacks to sell its new anti-terror legislation, which would give Canada’s spies police-like powers to “disrupt” threats.

After three people were arrested last month in an alleged plot to open fire in the Halifax Shopping Centre, Justice Minister Peter MacKay called them “murderous misfits” — not terrorists — because their attacks were not “culturally motivated.” When reporters later asked MacKay to explain what he considers terrorism, he encouraged them to “look it up” in the Criminal Code.

But Prime Minister Stephen Harper has often referred to the threat of Islamic extremism in the House of Commons, and once mentioned the “jihadist monster” whose “tentacles” reached the Parliament buildings.

The CSIS documents explicitly warn that the notion the Western world is at war with Islam plays into terrorist recruitment strategies.

“International terrorist groups place a high priority on radicalizing Westerners who can be used to carry out terrorist attacks in their home countries,” the documents read. “The narrative that the West is at war with Islam continues to exert a very powerful influence in radicalizing individuals and spreads quickly through social media and online fora.”

Other CSIS documents, obtained by The Canadian Press, warned the Conservatives last September that there is an emerging anti-Islam movement in Canada, similar to movements in Europe.

Ziyaad Mia, who has been following the government’s proposed new spy powers for the Canadian Muslim Lawyers Association, said anti-Muslim sentiment in Canada is a growing concern, particularly in the context of the rhetoric from top government officials.

“Some of this xenophobia is being stoked by political leaders. And I think that is a problem,” Mia told the Star this week.

“Some of our political leaders need to tone that rhetoric down and actually calm people down … and tell people this is not the right way to go, instead of stoking the fears of xenophobia by talking about the war on terror and (that) we’re in this sort of apocalyptic conflict with the Islamic State.”

The Star requested an interview with Public Safety Minister Steven Blaney’s office, as well as CSIS, for this article. Public Safety “respectfully declined” the request.

In a written statement, a spokesperson for the department said the government is attempting to give police more tools to combat terrorists and the “fear they hope to generate.”

The greatest threat to Canada lies inside not out of Canada in the form of Government Funded Domestic Terrorists.

One of the worst is Marguerite Lewis, a lawyer for the Children's Aid Society of Ottawa who personally fabricates evidence to protect the most violent females in Ontario and to take children from victims of domestic violence and to give them to the perpetrators.

Marguerite Lewis is encouraged to commit these crimes against children , crimes against the administration of Justice by the Ottawa Police who turns a blind eye to obvious criminal offences by those who are mandated to serve and protect.

Marguerite Lewis is also encourage to Fabricate Evidence and Abuse Children by Judges like Jennifer Belishen and Timothy Minnema, both former lawyers for the Children's Aid Society who "Rubber Stamp" and promote the most serious criminal offences against the administration of justice.

Next time you drive by 161 Elgin Street, just remember that its the place where those who are supposed to protect children and administer justice to the exact opposite as part of Ontario's very public and very blatant Gender Superiority Program that promotes murder and violence by women towards men.