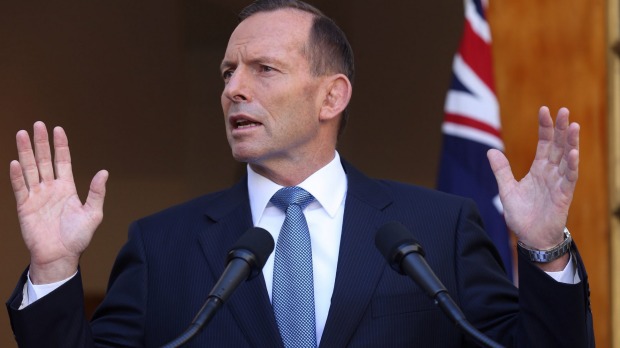 Tony Abbott is nothing short of a magician, and it defies logic that he is facing such strong opposition when he has managed to turn the nation's fortunes around so quickly.

How else could the nation have gone from struggling under the weight of a budget emergency to being under control in a matter of months?

How else could the deficit disaster we were warned about daily 12 months ago, now be perfectly manageable?

And as the prime minister admitted yesterday, all in all, things were looking pretty rosy.

"There's no cause for alarm under this government because we have got the budget situation from out of control to manageable," Mr Abbott said.

Education Minister Mr Pyne might think he's Mr Fix-it, but his boss has it all over him. Tony Abbot has fixed the budget.

And he's done it despite having to back down on the GP co-payment, and the higher education reforms and a few more barnacles that ungrateful voters have placed in his way.

So why are MPs in his own party plotting to remove him? Why are voters buying baseball bats in readiness for the next federal poll?

In my humble opinion, and given that he takes his salary out of our pockets, we should put him to work fixing some of our other big problems.

Want world peace? With the smarts he's brought to the budget bottom line, surely he's got a wand to wave away the entrenched fighting that is stopping people live normal lives in countries across the world. Such magic - only if he so wanted - could probably make his own foreign minister Julie Bishop disappear too.

Or if that is too big of an ask, here's a list of other problems that require the prime minister's deft hand to fix, just as he's fixed our budget woes.

And if he has a spot in his diary, I've got a a front porch light that needs fixing.

Or, perhaps, he could start the fix at home - and look in the mirror?

It did not take long for Tony Abbot to shoot his mouth off again with comments that bring ill-repute to the title of the Prime Minister of Australia. The members of the opposition who are equally devoted to public service, do not deserve and should not have to put up with Tony Abbot's "unusual" if not "macabre" sense of humour.

The Australian Press need to lighten up also, they should take careful note of the free for all commentary of the National Post and realize that readers can write more interesting articles than the journalists they employ.

While Abbot's words are sickening, so is the attitude of the Australia Press towards freedom of expression and censorship both of which need a check up from the neck up.