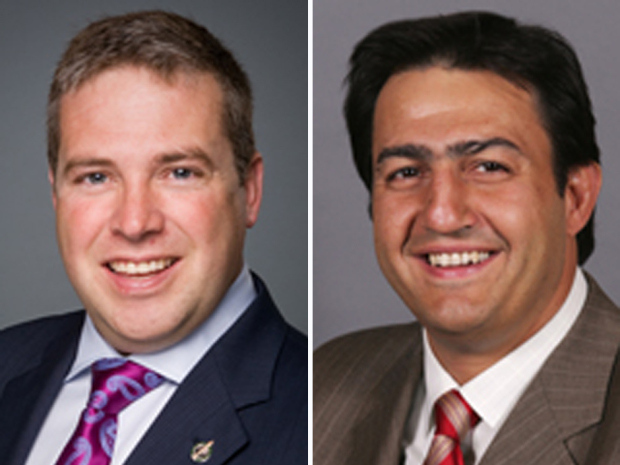 To handle such matters justly requires a commitment to fair process over smart politics, and that’s a tall order for a politician heading into an election year.

With a leak, a shrug and a door slam, the saga of two suspended Liberal MPs ended with the same barefaced ignobility as it began. On Wednesday, unnamed sources informed the media that Newfoundland MP Scott Andrews and Montreal MP Massimo Pacetti were poised to be permanently turfed from the Liberal Party of Canada following an investigation into allegations of sexual misconduct. Neither man had been privy to the report that would end their Liberal careers, though the party had said they would be given an advance copy before the contents were “discussed publicly,” according to Mr. Andrews. That didn’t happen.

Then on Thursday, it got weirder. While Mr. Pacetti made clear he would not be seeking re-election, Mr. Andrews, a day earlier, had issued a statement seemingly indicating he would not be leaving quietly. But when he got in front of the press less than 24 hours later, Mr. Andrews said he had finally seen the report and was satisfied with the findings. A reporter asked if he wanted to deny any specific allegations against him — notably, that he had followed a fellow MP home after a social event and groped her — but Mr. Andrews shrugged off the opportunity. He said the process has shown him “the worst side of politics,” and announced that he would abandon his bid to re-join the Liberal caucus.

This whole mess began back in October, when a female NDP MP approached Liberal leader Justin Trudeau and told him of harassment she had allegedly experienced from Mr. Pacetti, as well as inappropriate behaviour on the part of Mr. Andrews on behalf of another female MP. Mr. Trudeau asked Liberal whip Judy Foote to informally investigate the matter, and a result of that process, ended up bouncing the two MPs from the Liberal caucus. The men had not been informed of the specific allegations against them, but Mr. Trudeau nevertheless stood in front a room of reporters and announced that because of “serious personal misconduct,” the MPs would be suspended from caucus. “As a leader, I have a responsibility — a duty — to act,” he declared.

The problem was that no one had informed the two alleged victims that Mr. Trudeau would be going public with their complaints. NDP leader Thomas Mulcair then entered the foray, contending that Mr. Trudeau had made the women “victims a second time” by ignoring their request to keep the matter confidential. Mr. Trudeau shot back, saying: “Look, folks, it’s 2014. It’s time that this workplace, like other workplaces across the country, had a process whereby these issues can be aired and dealt with.” Mr. Andrews and Mr. Pacetti, meanwhile, continued to deny the allegations against them.

The next month, several media outlets published a detailed account of a supposed sexual encounter between Mr. Pacetti and the MP who made the initial complaint. In interviews, she told reporters of an evening in March 2014 where she and Mr. Pacetti had “sex without explicit consent.” At the same time, unnamed sources who were privy to information discussed with party whips a month earlier disclosed some details of the allegations against Mr. Andrews, including how he allegedly thrust his pelvis against a fellow MP and later verbally harassed her, calling her a “c—kteaser.” In December, Mr. Trudeau hired Cynthia Petersen, a Toronto human rights lawyer, to conduct an independent investigation into the matter.

There’s no disputing that Mr. Trudeau was in an extraordinarily difficult position when he was first approached with allegations against two of his MPs. Absent any formal procedure for dealing with these matters on Parliament Hill, Mr. Trudeau was essentially forced to make it up on the fly. But to handle such matters justly requires a commitment to fair process over smart politics, and that’s a tall order for a politician heading into an election year. So Mr. Trudeau, predictably, went big: he acted before asking, and dropped the axe before offering an explanation to the accused. The alternative would have been to investigate the matter thoroughly before announcing the matter publicly, which, of course, would’ve left the Liberals susceptible to accusations of a cover-up if the situation leaked prematurely. That would have been too politically risky, especially for a party trying to brand itself as defenders of women’s rights. So Mr. Pacetti and Mr. Andrews became casualties of the process.

By now, however, the Liberals have realized this is nothing to boast about. The bombast is gone, and instead of cameras flashing at a press conference, Mr. Trudeau has simply released a statement saying he accepts the findings of Ms. Petersen’s report and the decisions by Mr. Pacetti and Mr. Andrews to sit as independents. The report won’t be publicly released. The details will never be published. The women have been drawn into a spectacle against their wishes and the accused reputations have been irrevocably damaged — possibly deservedly so, but we won’t ever know. “I consider this matter closed,” Mr. Trudeau said. Perhaps he does. I wonder how many of his colleagues, inside the Liberal party and out, feel the same.

Justin Trudeau's treatment of Scott Andrews and Massimo Pacetti at first glance appears to be a denial of the fundamental principles of justice.

The allegations will most probably destroy the careers of Scott Andrews and Massimo Pacetti. The female complainants who have NOT made a criminal complaint, will be feted as victims and no one will be able to suggest that they, did anything wrong.

We live in a society that operates with a Gender Superiority Program. When she said meets he said, the law has evolved to convict men on the acting performance of a woman.

What is disturbing in this case is that Scott Andrews does not specifically deny the allegations. His reasons for not denying the allegations do not hold the air of reality.

Trudeau may be convinced of their guilt,but its the process that stinks and raises a cloud of doubt as to the objectivity of the Trudeau managed investigation run by a female with her own agenda that appears to be far from objective.

The story of the complainants is difficult to believe and equally difficult to deny. Both appeared to consent and then regretted their behavior.

The complaints sound like a person who goes out and buys a new car on impulse or signs up for a mortgage for a fixed rate and then changes their mind the next day.

Our society assumes the credibility of female complainants and its that absolute power that encourages abuse and professional politicians, both male and female have little respect for the truth.