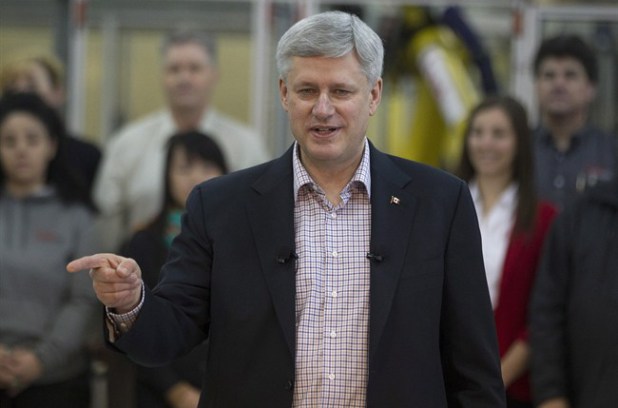 The bar association objects to the planned transformation of the Canadian Security Intelligence Service into an agency that could actively disrupt terror plots.

It argues the bill’s overly broad language would capture legitimate activity, including environmental and aboriginal protests.

The association wants a sunset clause that would see the bill expire and trigger a parliamentary review no more than five years after its passage.

The association, which represents more than 36,000 lawyers across Canada, released a draft summary of its concerns today.

Association representatives are scheduled to appear before the House of Commons committee studying the bill next week.

“ill-considered” is a polite understatement.
Steven Harper again, engages the political correct proven formula of appearing to be supporting law and order.
Harper is undermining the Rule of Law by insidiously removing civil rights and freedoms, using the same ideas that dictatorships and fas.cist regimes the world over have used to gain absolute power.

Harper fails to deal with the Domestic Terrorists like those who make up the Ottawa Police who spend 75% of the 400 Million dollar budget on promoting murder, violence and hatred towards male victims of domestic violence.

Domestic Terrorists like Sgt. Peter Van Der Zander of the Ottawa Police Fabricate evidence to NOT charge the most violent of female offenders.

Its the lowest forms of life in society like Sgt. Peter Van Der Zander who are threaten the security of average law abiding Canadians who just happen to be born with testicles and are full time fathers.