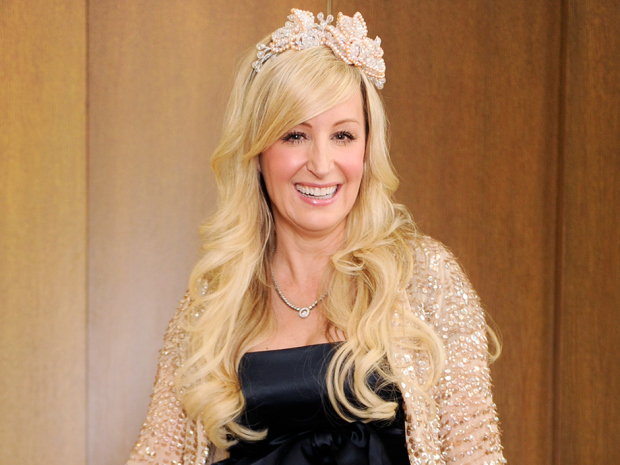 Real Housewives of Vancouver cast member Jody Claman says she is $148,000 in debt.

A former reality TV star who tried to manipulate and lie to a B.C. Supreme Court judge during her divorce proceedings has been ordered to pay special costs to her ex-husband.

Eran Friedlander claimed in a submission his ex-wife deserves “reproof or rebuke” for trying to mislead and deceive the court, disobeying court orders, using delay tactics and failing to disclose and dissipating assets.

Gropper agreed, referring the issue to a registrar who will determine just how much Claman now owes.

“Ms. Claman’s actions point to more than a mere finding against her credibility,” said Gropper.

“I find that she deliberately attempted to mislead and deceive the court on numerous occasions and that such deception, when viewed along with the conduct described below, justifies an award of special costs against Ms. Claman.”

Neither counsel for Claman nor Friedlander was available for comment.

Gropper said Claman alleged — sometimes in the presence of the couple’s child — that Friedlander did not financially support their daughter, drove the girl to school drunk, hit her in the face with an iPad, sexually abused the child and had gangland ties.

“After making these allegations, Ms. Claman admitted in her closing submission that Mr. Friedlander is an excellent father,” said Gropper.

Citing another example, Gropper said Claman diminished the amount she was paid as a cast member of the TV show.

“She did not declare it as income on her financial statements or in her income tax return,” said Gropper.

Claman “deliberately and persistently” failed to comply with court obligations to produce documents, commented on Friedlander’s parenting abilities in the presence of their daughter despite a court order prohibiting such comments, and used delay tactics.

The judge said the failure to disclose documents “was not inadvertent,” but was persistent, deliberate and deserving of rebuke and an award of special costs.

Raising mitigating circumstances, Gropper said Claman tried to manipulate and was not candid with a doctor who was writing a court report. She noted Friedlander had to call witnesses to court to address unfounded allegations.

In an earlier ruling, Gropper awarded the pair joint custody and shared guardianship of their daughter but gave Friedlander the final say on educational, cultural, linguistic and spiritual issues.

She ordered Claman to pay Friedlander $593,893 for family assets and $9,800 for special and extraordinary expenses. Gropper also dismissed Claman’s claim for spousal support.

The registrar hasn’t yet determined the special costs.

Credibility in Canada normally assumes "Male Sharia Law" that started with a witness no longer required to corroborate assault allegations. That has effectively created a "reverse onus" that an male is guilty of what ever a female alleges, and, if he is found "not guilty" then the Judge will generally say "I do NOT disbelieve the complainant".

Then the evidence is viewed the "Gender Lens" or Male Sharia law.

If a male testifies his evidence is either "evasive" if he answer slowly or "rehearsed" if he answers without hesitation".

If its a female being examined Her answers will generally be "carefully answered" or unrehearsed" .

Then there is "the inference of the facts" that is basically , "Male Sharia law"

anything a woman says will be "fluffed" , exagerated, or the judge will play "telephone" with the evidence.

If a word is mentioned once in a hearing, it will be discussed, or it was discussed at length it was not mentioned.

Judges in Canada are pathological liars, psychopaths and the underbelly in Ontario get their training as professional fabricators of evidence as lawyers for Ontario's largest Criminal Cartel of Children's Aid Societies where real crime starts.

We can expect the feminists to be kicking up a storm over this judge. Back on February 17, 2015 she out a second sexual abuse lawsuit against former Vancouver Olympics CEO John Furlong.

We live in a Society that encourages women to be violent and abusive to men and they all know that if they go to court, they can normally lie their heads off, blatantly fabricate allegations of sexual abuse and most of the time with most judges, he ends up being criminal charged never to see the children again.

Ontario is a cess pool of evidence fabricating pathological lying judges who turn deliberate blind eyes to outrageous examples of fabrication of evidence by lawyers.

When Judges like Monique Metevier is caught Obstructing Justice in doing corrupt favours for her friends, she resigns rather than face a Judicial Council investigation.

If you want to see a collection of the most corrupt Judges in Canada come down to 161 Elgin Street Ottawa. The Cartel Club House is on the 5th Floor.

Dont blame the Masons, Across Canada Police apply Male Sharia Law. You are lucky you are NOT in Ottawa.

Here we have a Sgt. Peter Van Der Zander. He does Court Liason, you will see him wandering the corridors of 161 Elgin Street.

He is also a pathological liar, a child abuser and a professional Fabricator of Evidence. He actually fabricates evidence NOT to charge women who try to murder their husband and then terrorizes male victims of domestic violence by incarcerating them for the best part of a day just to stop them seeing their kids while terrorizing them with unfounded allegations of child sex abuse.

If you have been a victim of an Ottawa cop fabricating evidence, drop us an email.