‘An unprecedented case of deceit': Ottawa police ask that sergeant guilty of corrupt practice be fired 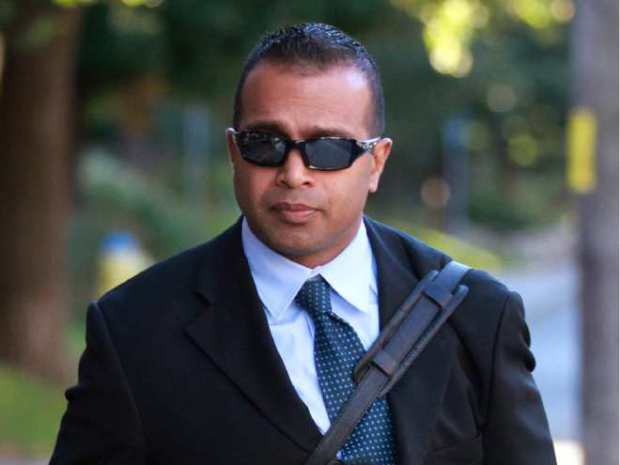 Ottawa Police Service has asked that Sgt. Rohan Beebakhee be dismissed from the force.

An Ottawa police sergeant who booked dates with sex trade workers, accessed private police records for his own benefit, and made false statements for other police forces to rely on will never have his credibility restored and should be fired, a police prosecutor argued Tuesday.

Sgt. Rohan Beebakhee was found guilty in September 2014 of three counts of insubordination, two counts of corrupt practice and one of deceit in what the force has called “an unprecedented case of deceit.”

Prosecutor Christiane Huneault told a disciplinary hearing Tuesday that the community has legitimate reason to never trust the officer again and that he will not be able to lay criminal charges and provide credible testimony under oath in a court of law, a key part of his job as a police officer.

“Therefore, Sgt. Beebakhee’s usefulness as a police officer has been spent.”

From the beginning of her submissions, it was clear Huneault would be making the case for dismissing the 22-year police veteran who was hired by what was then the Nepean police force in 1993.

Beebakhee pleaded guilty to two counts of insubordination after admitting that he accessed the internal police records of escort companies and their employees, his own friends, associates and family members. Beebakhee began a self-initiated program to deliver “safety briefings” to sex-trade workers by booking dates with them using a pseudonym and then showing up in full police uniform. He was found guilty of a third count of insubordination for disobeying an internal investigator who ordered that he stop all contact with escorts and the escort industry.

Sgt. Beebakhee’s usefulness as a police officer has been spent

Beebakhee was found guilty of two counts of corrupt practice for accessing confidential reports on sensitive police investigations and requesting subscriber information from phone companies, both for his own advantage.

Beebakhee showed “arrogance” when he phoned a respected detective at home asking for information on a human trafficking investigation targeting an escort service that Beebakhee’s personal cellphone number was linked to, Huneault said. It worried the detective.

Huneault argued that the police service would be “crippled from within” if officers can’t trust each other.

Between May 2011 and May 2012, Beebakhee requested phone subscriber information 17 times on numbers given to him by a man in the escort business, then ran checks on the names of the people assigned the numbers, all for his own benefit.

The deceit conviction came after the hearing officer found that Beebakhee left “false and misleading” information in the police records of people whose private information he accessed. To try to justify the searches, Beebakhee made false entries, compromising other police services that might have accessed the bad information and negatively affecting those whose information he tampered with.

“This is not a single lapse in judgment but repetitive and sneaky behaviour born out of a sense of entitlement,” Huneault said.

The officer accessed the national police database 37 times, Ottawa Police Service’s own internal database 490 times, and looked at private reports for his own benefit. In total, the privacy of 83 people was breached.

Beebakhee’s behaviour showed “wanton disregard for the policies of the Ottawa police,” the prosecution said.

Huneault characterized the sergeant as someone who couldn’t help himself from curbing his actions, who has no ability to reform or show remorse, and whose continued employment by the Ottawa Police Service would harm the public trust.

“There is no excuse for his behaviour.”

Beebakhee has been suspended with pay since the summer of 2012. In 2014, a year in which he did not report to work, he was paid an annual salary of $109,935.64, according to the provincial salary disclosure for public servants.

He has been the subject of three internal Ottawa police investigations, and was previously charged by the Special Investigations Unit with sexual assault. That charge was withdrawn in 2009 when prosecutors felt they had no reasonable prospect for conviction.

The defence is expected to make its submissions on penalty on Wednesday.

There are literally hundreds of equally criminal in nature persons employed by the Ottawa Police.

The only difference is that Beebakhee suffers from an abnormally more serious personality disorder and exercised sheer stupidity.

Beebakhee is a window through which one gains a glimpse of how Ottawa Police abuse their powers.

(a) "left false and misleading information in police records whose private information he accessed."

This is the "norm" for the Ottawa Police. Dam near anyone and everyone in Ottawa is mentioned somewhere in "internal Ottawa Police Database" which is never ever disclosed in spite of Court Orders.

It's in those files that are many thousands of defamatory false entries placed there by police to prejudice those they don't like and, to exhonerate or assist criminals providing they have the right connections, read, the "right gender", female.

Then there is the access to "subscriber information" which means, if you have an unlisted number, and call police, your automatically go into the Ottawa Police internal database which means, any Rogue Cop with another police force anywhere in North America, can have access to that information and give it to anyone they wish.

Then there is the fabrication of evidence, again, its habitual and routine in the Ottawa Police and has become a systemic problem.

The only solution is the disbandment of the Ottawa Police to be replaced with the OPP or the RCMP.

The press have yet to run the story of how the following officers fabricated evidence to not arrest a male victim of domestic violence and not charge one of Ottawa's most violent women with an incredible string of violence against children and partners in the face of unusually strong evidence beyond that normally required for not just a conviction but a guilty plea.