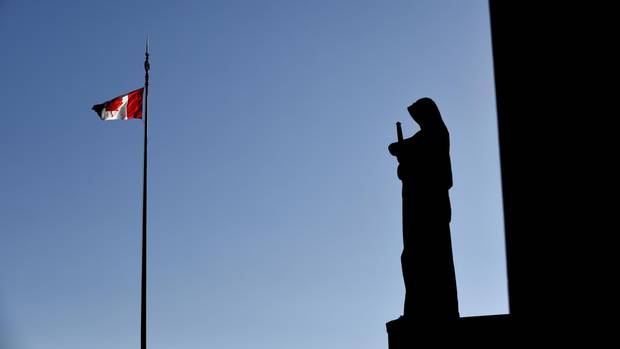 The Supreme Court of Canada has made it easier for wrongly convicted people to sue prosecutors for violating their rights in ruling on the case of a man who served 27 years in prison for a series of sexual assaults and was not told police suspected one of his neighbours.

Since 1989, prosecutors in Canada have had immunity from lawsuits, except when a person could prove they acted maliciously. But confronted with the wrongful conviction of Ivan Henry of Vancouver, who was not told about 30 witness statements with inconsistencies, or sperm found at crime scenes that might, if tested, have exonerated him, or the suspect down the street, the Supreme Court made it easier to sue prosecutors who do not disclose information that could help the defence.

The ruling from four of the six judges who heard the case sets a new threshold for lawsuits against prosecutors, allowing such legal actions if the prosecutor intended to withhold relevant evidence. Intent can be shown by proving possession of the evidence, and a failure to disclose it. The two other judges, including Chief Justice Beverley McLachlin, wanted to set the bar even lower, creating a no-fault scheme in which a prosecutor’s failure to disclose relevant information could open them to a lawsuit.

The court was careful to move slowly in an emerging area of law known as “Charter damages” – compensation for violations of Charter rights by police, prosecutors and others – built on a ruling five years ago involving a 2002 strip search of Vancouver lawyer Cameron Ward. He was wrongly suspected of planning to throw a pie at prime minister Jean Chrétien. He sued corrections workers and was awarded $5,000. Mr. Ward was one of Mr. Henry’s lawyers in his appeal to the Supreme Court of a lower court ruling denying him the right to sue unless he could show malice.

Justice Michael Moldaver, a former criminal lawyer who is the court’s toughest voice on prosecuting crime, said it was important to set a high bar and not open the “floodgates” of civil action against prosecutors. Writing for the group of four judges, he said it was also important to deter wrongdoing, noting that full disclosure of the Crown’s case against a defendant has been an obligation since the Supreme Court defined it as one in 1991.

“Our system remains imperfect, and wrongful failure to disclose is not a mere hypothetical – it can, and does, happen, sometimes taking an extraordinary human toll and resulting in serious harm to the administration of justice,” Justice Moldaver said in the ruling.

Joseph Arvay, a lawyer who represented Mr. Henry, now in his late 60s, said his client is pleased with the ruling. “It gives him everything he needs to succeed at trial,” he said referring to the lawsuit.

Mr. Henry was jailed indefinitely as a dangerous offender in a series of sexual assaults in which a man had pulled a pillow case over victims’ heads, making identification difficult. His case is notorious among wrongful convictions because he was shown in a photo lineup to an eyewitness while in a police headlock. He represented himself at his trial. When similar sexual assaults continued after he was incarcerated, prosecutors took another look at his claims of innocence. The suspect who had lived down the street was eventually convicted of sexually assaulting three women, and sentenced to five years in jail.