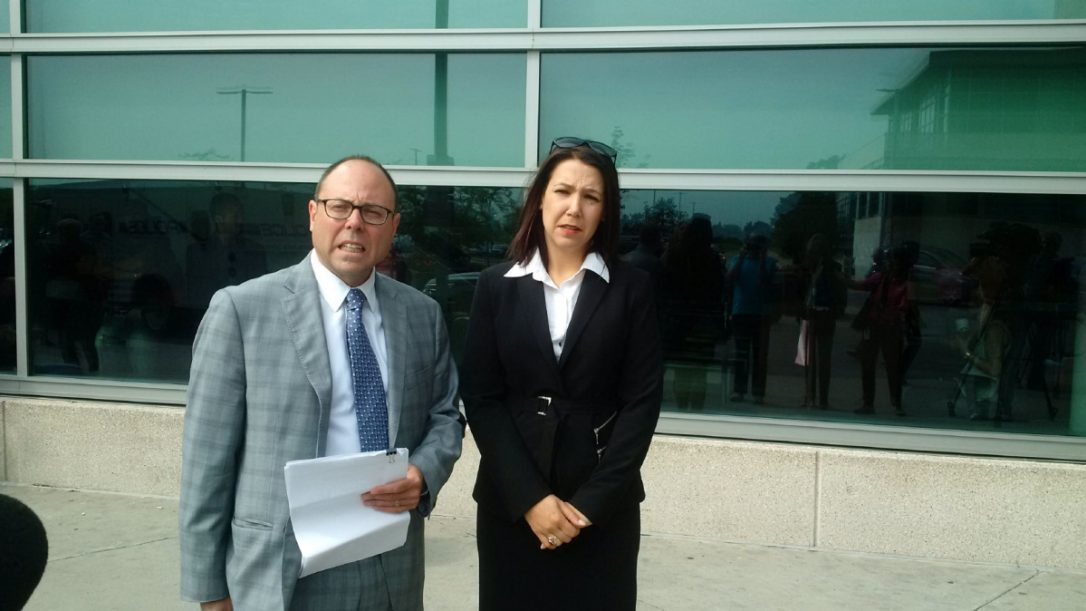 More than four months after defence lawyer Laura Liscio was led out of the Brampton courthouse in handcuffs and court attire, accused of smuggling drugs to an inmate, the federal Crown withdrew all charges against her.

“When innocent people get arrested, that is a scary thing for the person and for the justice system,” said her lawyer, Stephen Bernstein, outside the courthouse Thursday, after Justice of the Peace Hilda Weiss accepted the Crown's request that charges be withdrawn. “The justice system here responded right. The Crown did the right thing.”

Liscio, 32, of Toronto, was arrested at the A. Grenville and William Davis Courthouse on Feb. 12, after Peel police allegedly found a quantity of drugs hidden in items being given to a client set to appear in Superior Court that day for a trial.

Bernstein maintained “from day one” that his client was innocent and would be exonerated.

“That was a horrible day for her, that's obvious, and it's been a devastating experience for Laura,” Bernstein said. “She is without a doubt one of the finest young counsels in Canada.”

Neither Bernstein nor Liscio would comment on whether they would be seeking an apology from Peel Regional Police or whether they are considering a lawsuit.

Peel Staff Sgt. Dan Richardson said the matter is still before the courts, as another person is currently facing charges in relation to the investigation, “and as such Peel Police will not be commenting on the case.”

Charges of obstructing justice and breach of trust had already been withdrawn. The Crown told the court the prosecution, on reviewing the file, found there to be “no reasonable project of conviction” and as a result had dropped the three remaining drug-related charges.

The Mississauga News learned through multiple court sources that Desron Phillips, 19, also faces three charges in connection with the case: drug trafficking, possession for the purpose of trafficking and possession of a controlled substance. He returns to court July 24.

Bernstein said earlier That Liscio has been cooperative in the investigation and has helped police make an arrest. He didn't elaborate further.

It's not known whether Phillips is accused of supplying the drugs or has been charged with being the intended recipient.

Liscio's arrest caused an uproar in the legal community after it was reported she had been handcuffed and escorted to a marked police cruiser by uniformed and plain-clothed officers while still in her court attire.

Police initially took the unusual step of issuing a news release to rebut the allegation but later admitted that their original account, which said Liscio had been allowed to change into street clothes prior to her arrest, was incorrect. Police conceded she was indeed handcuffed in her court attire and escorted by officers to a marked cruiser.

Bernstein said at the time that the admission wasn't enough.

“This does not erase the devastation and embarrassment of how she, an officer of the court, an ethical person and, above all a human being, was treated,” Bernstein said.

Bernstein said he has received more than 150 letters of support for his client from lawyers across Canada.

Peel defence lawyer Christine Lund said she wasn't surprised to hear the charges were dropped and Liscio was vindicated.

“She is one of the finest, most ethical and dedicated lawyers in the defence bar and not for one moment did I or the rest of the bar think she had or would participate in any criminal or unethical activity,” she said. “I only hope and trust she can continue to move forward with her head held high and that the allegations and circumstances surrounding her arrest are given the utmost scrutiny.”

The dropping of these charges was expected by every man and his dog across Ontario.

far short of an admission of wrong doing.