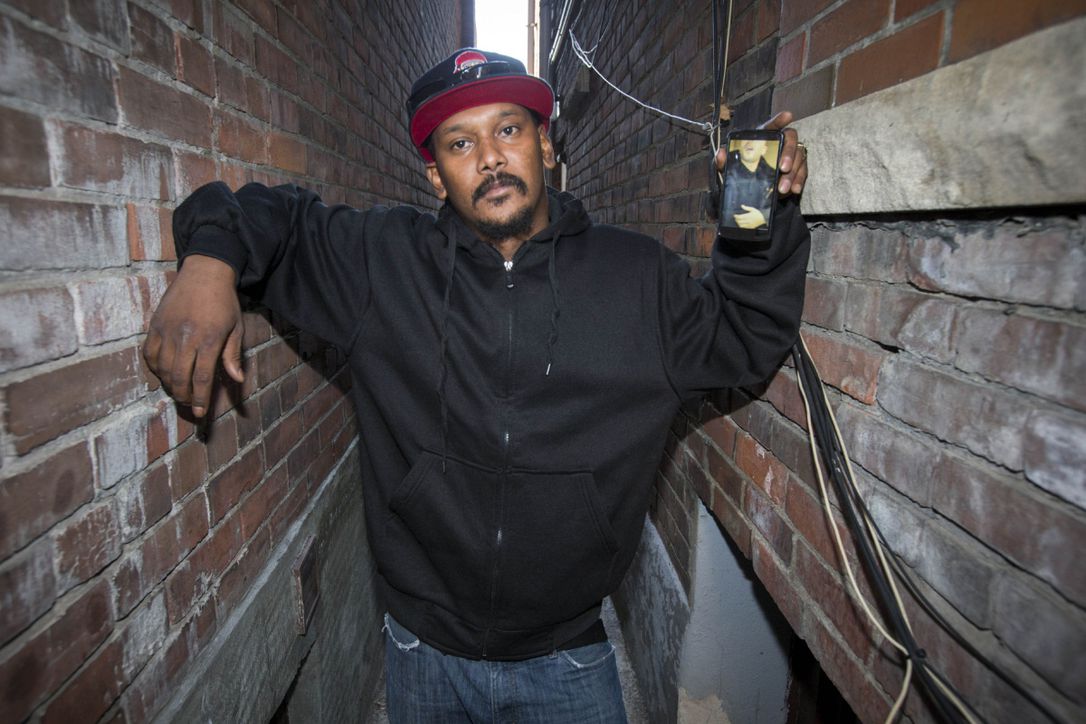 The ten-second video doesn’t show much, just a quick shot of one Toronto police officer, then a second, who then reaches up to slap away the cellphone camera.

But the brief video recording captured the crucial part of Abdi Sheik-Qasim’s exchange with Toronto police Consts. Piara Dhaliwal and Akin Gul — enough for an Ontario judge to rule Sheik-Qasim had been assaulted by Toronto police, not the other way around.

Abdi Sheik-Qasim poses on Sept. 22 with his new mobile phone and the video from his police assault. Sheik-Qasim used his phone to record a crucial part of his interaction with two Toronto police officers, which ended with Qasim facing a charge of assaulting a police officer. He never got his phone back after his arrest but the video was uploaded anyhow.  (ANDREW FRANCIS WALLACE / TORONTO STAR)

“It saved my life, or at least a lot of headaches,” Sheik-Qasim, 32, said in an interview. Without it, “I would have probably been in jail right now.”

But the exonerating video almost didn’t make it into the courtroom.

In a development Ontario Court Justice Edward Kelly called “extremely troubling,” Sheik-Qasim’s phone went missing soon after he was charged with assaulting an officer and his belongings were confiscated by police. His phone has not been seen since.

While in detention, Toronto police booking video had recorded him asking about the whereabouts of his cellphone, “quite agitated and upset,” Kelly noted. When Sheik-Qasim was released from detention and still could not retrieve his phone, he was angry, knowing it had recorded the interaction.

It was only when he arrived back home that Sheik-Qasim realized he had enabled a function on the phone that automatically uploaded video files to his Google account. The recording was waiting for him when he checked his email.

“I almost had a heart attack. I was jumping up and down,” Sheik-Qasim said. “You cannot understand how happy I was.”

Neither Dhaliwal and Gul could be reached for comment Tuesday. Toronto police confirmed the officers are now being investigated by the force’s Professional Standards division.

The encounter occurred on the night of January 4, 2014, when Dhaliwal and Gul arrived at the apartment of Sheik-Qasim’s uncle to investigate a noise complaint. Sheik-Qasim had answered the door, explained his uncle had stepped out and turned down the music. He supplied his identification to the officers, who ran his name through a police database and determined he was not wanted on any outstanding warrants.

all part of the job.

Ottawa Ontario is also famous for having the worst of worst of the criminal world,

except they are Ottawa prosecutors, Ottawa Police and the worst of the worst, the Ottawa Children's Aid Society  orchestrating "cover ups".

As in the case above, it is one corrupt official after another protecting the prior official who did something criminal.