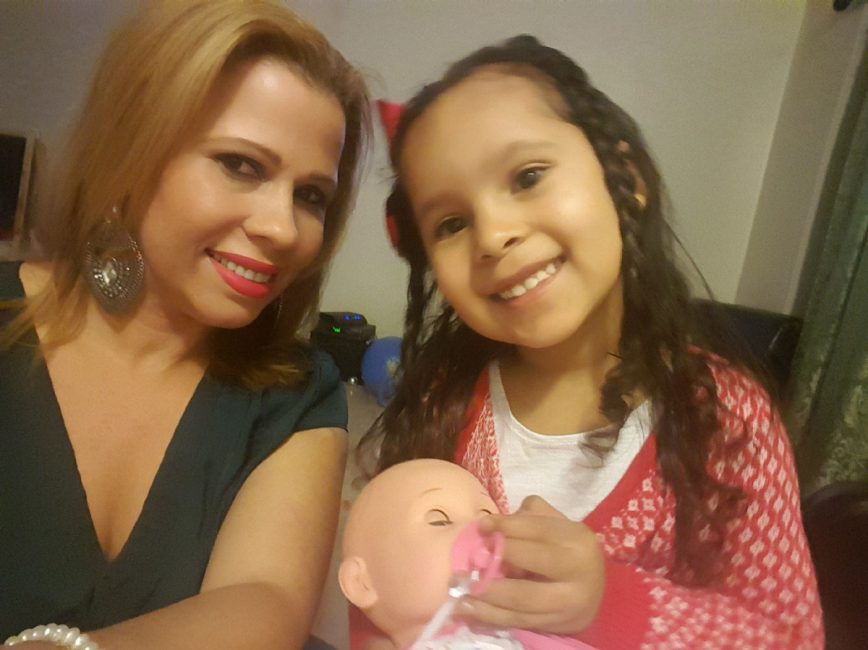 About 18,600 single parents in Ontario who rely on both social assistance and child support payments will see their incomes rise under rule changes to be introduced early next year, according to Thursday’s provincial budget.

Currently, every penny of the average $280 monthly child support payment to families on social assistance is clawed back by the government, meaning children are “no better off” and the parent responsible for paying may feel little incentive to do so, the budget notes.

Several options are under consideration to ensure parents who receive child support can benefit from more of this income, said a government official. The change would be in place by April 2017 at the latest, the official predicted.

Child poverty activists have been calling for an end to the clawback for years, pointing to British Columbia that ended the practice last year.

Toronto single mother Damaris Bueno saw none of her $400 monthly child support payments for daughter Mia, 4, when she lived on welfare about 2 1/2 years after fleeing a violent home.

“This is great news,” said Bueno, 41, who has been working a cafeteria since August as part of an employment program for people leaving welfare. “I am breathing easier now. But the extra money will definitely come in handy for other women still on social assistance.”

Ontario’s Liberal government is giving free tuition to university and college students from low-income families — and taking more from motorists and homeowners through costlier gasoline and natural gas.

Single mother Jennifer Gray, 41, refused to go on welfare two years ago because she didn’t want to lose her $300 monthly child support payments for her daughter Autumn, 9.

“This is amazing,” she said about the government’s plans. “It will allow women to work towards building a positive relationship with their former partners. And more of them will likely end up paying. Child support is for children.”

The change is part of the government’s ongoing work to modernize social assistance so that it “effectively reduces poverty, supports people in their efforts to participate in the economy, and provides human services in a way that makes sense to the people who need them,” according to budget documents.

Also up for discussion is a plan to work with researchers and community groups to develop a pilot project to test the merits of a provincial “Basic Income,” a form of guaranteed annual income.

While the government contemplates transforming income security, welfare and disability benefits for more than 907,000 Ontarians will rise by a modest 1.5 per cent this year.

Although the increase is more than last year’s inflationary 1-per-cent hike, Laidley and other anti-poverty advocates said it is not enough to ensure people on social assistance “won’t have to rely on food banks to feed themselves and don’t get sicker as a result of their poor diets.”

As in past years, single people relying on Ontario Works (OW), who receive the lowest benefits, will see a top-up that will boost their monthly income by $25. It will bring their maximum monthly benefit to $706, a $100-a-month increase since 2012, according to budget documents.

A single person relying on the Ontario Disability Support Program (ODSP), will receive up to $1,128 per month and a single parent with one child on OW will get $1,078, including the Ontario Child Benefit, scheduled to rise to $113 per month per child in July.

What the 2016 Ontario budget means for you

Crunching the numbers in Ontario's 2016 budget

Ontario cracks down on underground economy, goes after tax cheats

“Maintaining an effective social safety net is one part of the government’s broader efforts to reduce poverty and ensure inclusion in communities and the community,” the budget said.

In his speech, Sousa announced an additional $178 million over the next three years to increase affordable housing. The money will increase housing subsidies and benefits and build 1,500 new supportive housing units, according to budget documents.

The new housing money includes $45 million on homelessness prevention and $2.4 million in 2016-17 to pilot a new portable housing benefit to “offer more options for those fleeing domestic violence.” The pilot is expected to help about 500 households, the budget says.

“Today’s budget moves in the right direction to close the opportunity gap in our region,” said United Way Toronto Vice President Pedro Barata. “Investments in affordable housing and homelessness — in particular a new housing benefit — plus ending claw-backs on child support for families on social assistance are crucial for poverty reduction.”

But NDP Leader Andrea Horwath told reporters she had expected Kathleen Wynne’s government to do more on affordable housing and poverty.

On sexual violence and harassment, the government is investing $1.1 million in each of the next three years to boost specialized counseling services and outreach to survivors of sexual assault and domestic violence and to raise awareness of the problem through public education.