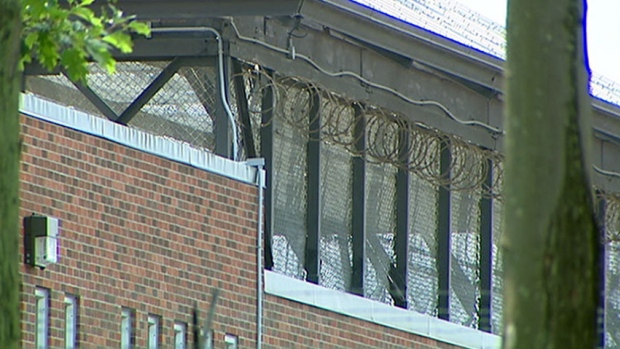 A public forum is being held Thursday night about the conditions inmates and staff face at the Ottawa-Carleton Detention Centre. (CBC)

Concerns about the conditions at Ottawa's jail have prompted a public forum on the subject, being held tonight at City Hall.

Former prisoners, relatives of current inmates, experts and Community Safety and Correctional Services Minister Yasir Naqvi are expected to speak at the event, which is being organized by Mothers Offering Mutual Support and the Criminalization and Punishment Education Project.

Concerns about the jail include overcrowding, inmate suicide, segregation, staff shortages, food issues and an increasing number of lockdowns.

Naqvi established a task force to come up with a plan to deal with the ongoing problems at the OCDC by June 1.

"Conditions at OCDC have been a nightmare for decades, but have recently come into the media and political spotlight like never before. Now may be our best opportunity to fix them," said Dr. Aaron Doyle, from the Criminalization and Punishment Education Project, in a media release.

"Everyone needs to come out to this forum to demand real change. We need to make sure this task force does not just produce another report that sits on a shelf somewhere."

On CBC Radio's Ottawa Morning Thursday, Naqvi said a review of jail practices, including segregation, means taking the time to come up with alternatives.

"This is very important work. These are very tangible [pieces of] advice that we have sought proactively, but hard limits [on segregation time] is one aspect of the review ... because what we also need to look at is other things as to what are the alternatives to segregation in our jails, how can we improve tracking and strengthen monitoring, and enhance mental health care supports for inmates who need it," he said.

"I just don't want to put a hard limit and then not have appropriate alternatives in place for those inmates, because then we're just basically setting up a policy that could fail."

He's scheduled to meet with Ontario's ombudsman, who recently called on the province to abolish indefinite segregation, next week to go over the specifics of the ombudsman's recommendations.

"I want action, and I want action now, so that we can start addressing some of the chronic, systemic issues at the OCDC, but not just at the OCDC — I have a responsibility for jails across the province," he said.

"We are starting to take concrete steps to start dealing with some of these chronic challenges."

The public forum on conditions at the OCDC is being held from 6-7 p.m. Thursday at Jean Pigott Place inside City Hall.

The minister is a sick politician who talks the talk but is incapable of addressing the most obvious issues. Now he will be rewarded with a promotion,

as is the custom in Ontario's corrupt government that promotes abuse of power, abuse of legal rights and abuse of human rights.

Don't expect any changes at the OCDC other than fresh paint on unprepared dirty walls.