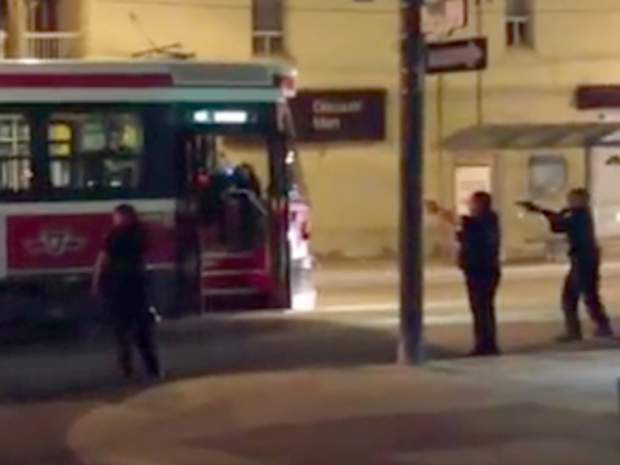 Mandatory minimum sentences for those who use firearms in the commission of some crimes are too broad and fail to recognize the difference between armed thugs and police officers who are armed by the state and duty-bound to enforce the law.

And for Toronto Police Const. James Forcillo, his lawyer Lawrence Gridin told a judge Thursday, that sentence carries an additional year because the weapon he used to shoot Sammy Yatim is deemed a “restricted firearm” by the Criminal Code. 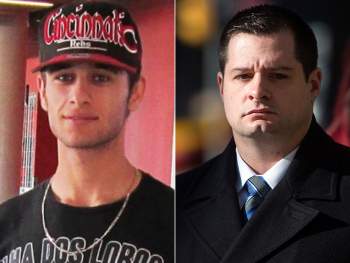 The 33-year-old Forcillo was convicted earlier this year of attempted murder in the July 27, 2013, shooting of the teenager Yatim on a downtown streetcar by the same jury that minutes earlier acquitted him of second-degree murder.

And the mandatory minimum for attempted murder where a firearm is used is four years, but five years if the gun is restricted or prohibited under the Code.

All firearms defined in the Code as restricted or prohibited are handguns; other firearms, which get the four-year minimum, are long guns, or rifles.

That difference of a year tells the tale about the law’s objective, Gridin said.

“The distinction between restricted and non-restricted weapons is the signal that the concern (of Parliament in bringing in mandatory minimums) is the proliferation of certain kinds of guns.”

And over-broadness in a law — meaning if despite its intent it captures too many people in its net — may offend the “principles of fundamental justice,” which guarantee a citizen’s rights to life, liberty and the security of person, and offend Section 7 of the Canadian Charter.

“Most troubling is the extra year Forcillo gets because the gun in question is a restricted firearm,” Gridin told the judge. “There’s a significant difference in the moral culpability of a state actor … who makes a mistake and a dangerous armed thug.” 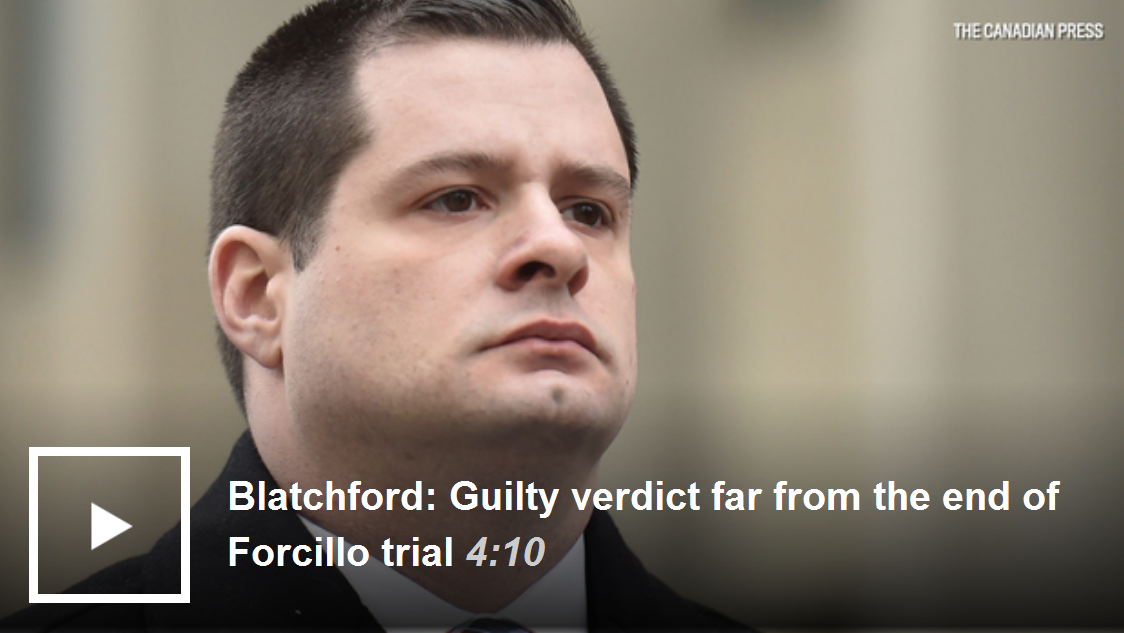 Forcillo’s lawyers want the judge to find the mandatory minimum unconstitutional, either via Section 7 of the Charter or Section 12, which guarantees Canadians the right not to be subjected to cruel and unusual punishment.

In Forcillo’s case, Griddin argued the mandatory minimum is “grossly disproportionate” in that it covers such a wide range of conduct and prevents a judge from tailoring a sentence to exceptional offenders.

And because police officers are at risk in prison, and generally serve their sentences in what’s called protective custody, which is far more restrictive and allows inmates far less freedom within a cell range, a five-year sentence for Forcillo would actually be equivalent to seven years behind bars, and would be such hard time.

It seems inarguable that when the former Stephen Harper government brought in a sheaf of mandatory minimum sentences in 2008, Parliament was acting against gun violence on Canadian streets.

The bill itself was called the Tackling Violent Crime Act; the preamble talks about “violence involving firearms continues to threaten the safety of Canadians” and how people “are entitled to live in a safe society,” and then-justice minister Rob Nicholson spoke in the House of Commons about cracking down on “illegal firearm possession and involvement in criminal gangs.”

Judge Then agreed that was one of the bill’s purposes but said, “I’m not so sure that’s its only purpose.… The legislation covers everybody, doesn’t it?”

The judge also resisted the notion that just because Forcillo, like all police officers, was “duty-bound by law to carry that firearm” he might be less culpable than “a gang member possessing a weapon for an unlawful purpose,” as Gridin put it once.

“It’s not a licence to kill,” Then snapped. “It’s regulated. You have to use it in a legal way, he has to carry out (his duty) in a legal manner.”

But certainly Gridin had made a point: The mandatory minimum was surely never meant to deal with a plague of police officers armed by the state, least of all to punish them an extra measure for the sort of weapon they are required to carry.

The jury’s curious verdict — not guilty of murder, yet guilty of attempted murder, all in relation to the encounter with an 18-year-old who is indisputably dead — relates to the two volleys of shots Forcillo fired at Yatim. Prosecutors argued that the volleys were in effect two separate transactions, though they were separated only by about five seconds.

But if the charges make sense on that level, the duelling verdicts have resulted in a tragicomic sentencing hearing.

Because consequences on a victim are part of any sentencing calculus, defence lawyers have had to argue that since the second volley of shots weren’t lethal, and Yatim was already dying at the front of the streetcar, they were of little effect to him: He didn’t suffer more, feel pain, and wasn’t left with lingering injuries because, well, he didn’t linger.

At other times, because attempted murder is by definition a failed murder and that is the only charge Forcillo was convicted of, sometimes Yatim is spoken about, at least in the abstract, as though he was still alive.

The hearing continues Tuesday, when prosecutors Milan Rupic and Ian Bulmer will be on their feet.

This is one of the rarest of successful prosecutions of a police officer.

Ontario operates in a culture of criminality, where the police forces of Ontario have become gigantic criminal organizations that operate virtually without any accountability.