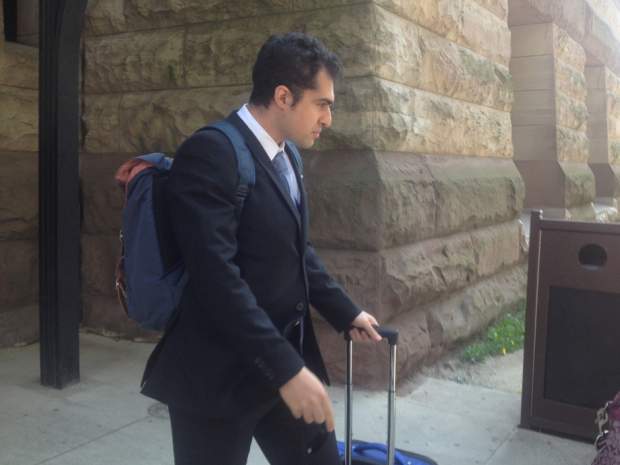 Mustafa Ururyar, 29, is charged with sexual assault for allegedly forcing Mandi Gray to perform oral sex and raping her in his apartment in the early hours of Jan. 31, 2015. Ururyar has pleaded not guilty in the judge-only trial and testified that the sex was consensual.

About 20 supporters packed the tiny courtroom to hear the final arguments in a trial that started on Feb. 1 — the same day Jian Ghomeshi’s began. Ghomeshi was acquitted of all charges on March 24, but it will take another six weeks to reach a verdict in Ururyar’s case. Linda Redgrave, the first woman to testify against the ex-CBC star, attended court in support of Gray. Both women waived their right to a publication ban on their names.

In her closing submissions, Ururyar’s lawyer suggested that the 27-year-old complainant went to police “out of regret or self-loathing” and was seeking revenge after Ururyar ended their two-week relationship the night of the alleged assault. 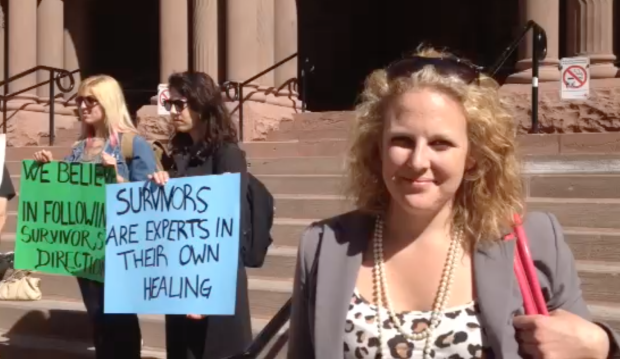 Mandi Gray, right, arrives at Old City Hall Court in Toronto to hear the closing arguments in her sexual assault trial on Tuesday May 24.

Gray herself testified during the trial that the suggestion that she was out for revenge was “absurd.”

“I would never destroy my life, and someone else’s life and put my life on hold….for someone I had a two-week relationship with,” she said.

The defence also suggested that Gray wanted to gain fame as an advocate for reforms to the way the justice system handles sexual assault cases.

“I submit that this is a chess game for Ms. Gray — not about truth telling,” Bristow said.

Lofft asked Ontario Court Justice Marvin Zuker to bear in mind that Gray was not an activist before she reported the alleged sexual assault. And, Lofft said, the trial has damaged Gray’s academic career, as she was forced to withdraw from her program “for a time.”

“She only became a self-described activist after she gave her statement to the police, after she spoke to her friend, and after she had the invasive rape kit done,” Lofft said, adding that Gray only got involved in advocacy work as a way to deal with her “trauma.”

And besides that, Lofft said that the defence’s suggestion that an allegation of violence coming from a woman who “has knowledge and insight into the area” is somehow less credible is a troubling idea.

What the defence is really suggesting is that Gray should not be believed because she behaved differently than a stereotypically “perfect” rape victim, the Crown said.

The defence and the Crown tell different versions of the rest of the night.

The Crown presented a “diametrically opposed” version of the walk home. Ururyar was very upset that Gray did not try harder to convince her friend to join them, Lofft said. He berated Gray and called her “a slut and a sloppy drunk and an embarrassment,” the Crown said. 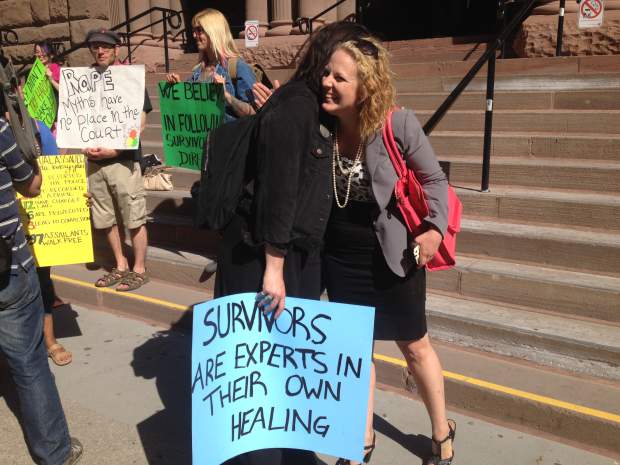 Mandi Gray, right, arrives at court for closing statements in her sex assault case and is greeted by one of her supporters.

When the pair got inside Ururyar’s apartment, they went to his bedroom. According to the defence, Gray took off her clothes, got under the covers and Ururyar joined her. Ururyar testified that he chose that moment to tell Gray that they shouldn’t be together anymore. He leaned back when she tried to kiss him, and she burst into tears, he said. Ururyar said he consoled her and they simultaneously leaned in for a kiss. The defence said that Gray initiated the sex and that it was consensual.

“I’m going to suggest that you cannot believe his testimony,” that Gray was an “active contributor,” the Crown told the court. “Package it up and throw it out the window.”

Ururyar was angry, and Gray was drunk enough to make some bad decisions, but that is not the same as consenting, the Crown said.

Gray went home with Ururyar even though he had berated her, and when they arrived at his place, he “expressed the ultimate contempt,” for Gray, the Crown said.

According to the Crown, he told her: “I’m going to f— you, and you’re going to like it.” And, the Crown said, he then forced her to perform oral sex and have sexual intercourse. 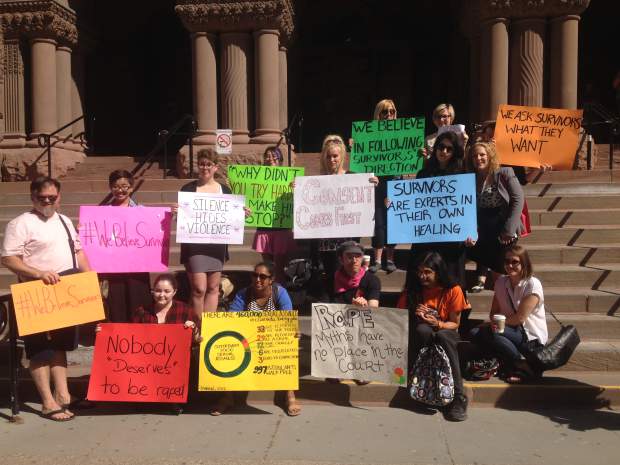 “I felt that I had to just comply because I was really scared,” Gray testified. She said he was angrier than she had ever seen him, and his tone of voice scared her. “I thought that him having sex with me — raping me — would be easier than him beating me up.”

The Crown dismissed the defence’s suggestion that Gray had no reason to fear Ururyar because he had not been violent toward her before.

Gray testified that after the sexual assault, she curled up in the fetal position and cried herself to sleep.

Gray could not recall minute details about the alleged assault in her testimony, including how she went from sitting on the edge of the bed to lying in the middle of it. She acknowledged under cross-examination that it was possible that she had moved herself back on the bed after Ururyar allegedly forced her to perform oral sex.

“My submission is that this shows Ms. Gray was an active participant in the sexual act,” Bristow said.

The Crown said that it is common for a victim to have trouble remembering extrinsic details of a traumatic event, “like the bank teller who sees the end of the gun but cannot remember if it was in the right hand or the left hand.”

Five days after the alleged assault, Ururyar sent this text message to Gray: “I am sorry things went as they did. I shouldn’t have said and done some of the things I did. I was upset and felt wronged by you but that does not excuse my own mistakes.”

The defence said Ururyar was apologizing for a bad breakup; the Crown said he was trying to apologize for rape without incriminating himself.

The defence told the judge that even if he doesn’t believe Ururyar’s version of events, Zuker can find that the defendant had an honest but mistaken belief that he had obtained consent based on Gray’s testimony. The Crown said the defence was misrepresenting a series of text messages Gray sent her friend after she left Ururyar’s apartment the morning after the sexual assault.

“If you don’t consent to sex, but you don’t not consent, I don’t know what is that?” Gray wrote.

Gray was not confused about whether or not the sex was consensual, the Crown said, but she was conflicted about what she could do about it. She talked to her friend and a York University professor before deciding her only option was to go to the police. Within two and a half days of the alleged assault, Gray had undergone an invasive rape kit pelvic exam and given a police statement.

My submission is that this shows Ms. Gray was an active participant in the sexual act

The Crown said the text exchange between Gray and her friend refute the defence’s suggestion that because Gray waited two days to go to the police, she must have been formulating her allegations.

“There was no thinking about her story. There was no getting her story straight because her story was there minutes after,” the Crown said.

Did Gray fight back? Did she scream and yell? Did she stand up and walk away? No, she did none of those things, Lofft told the court, but that does not mean that Gray was not raped.

“All that adds up to a credible witness who can prove this case beyond a reasonable doubt.”

The judge will deliver his decision on July 21.

Any informed observer would have told you that a guilty finding by Justice Marvin Zuker was a forgone conclusion bearing in mind his demonstrated bias during the trial.

Expect to hear more about that at the appeal.

It begs the question, how can any rape accused expect a fair trial in front of Marvin Zuker or any of the most the Judiciary of Ontario who follow the Government's Fascist Policy of Gender Superiority which is generally devoid of fundamental legal rights for men.