2013 decision means that police can no longer consult with a lawyer before turning in their notes, but fight left mother devastated 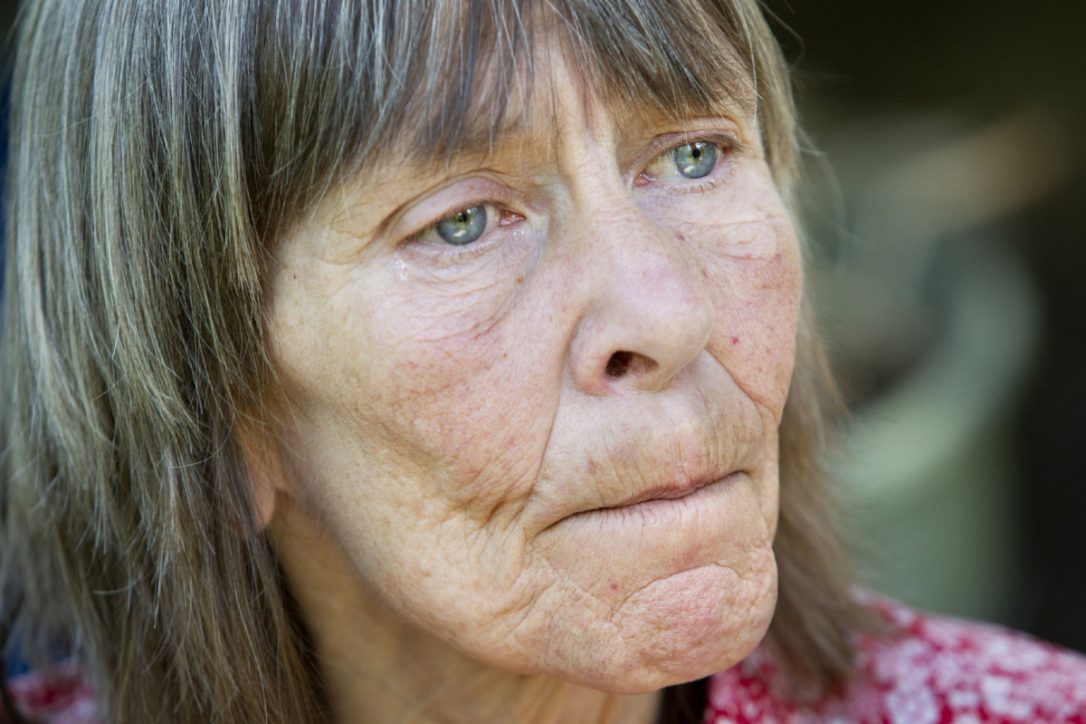 Ruth Schaeffer took the police all the way to the Supreme Court, which ruled in 2013 that police officers under SIU investigation cannot consult a lawyer before preparing their notes.  (FRED THORNHILL)

PETERBOROUGH, ONT.—Ruth Schaeffer found out from the newspaper that no criminal charges would be laid against the OPP officer who killed her schizophrenic son in a remote camping area in 2009.

She had already been in a bad place for months, since officials from Ontario’s police watchdog, the Special Investigations Unit, turned up on her doorstep to inform her that her youngest child and only son, Levi, was dead.

She spent weeks in hospital for depression, was suffering from post-traumatic stress disorder, and had difficulty leaving the house.

Devastated, she was about to begin the biggest fight of her life — one that she doesn’t regret, but for which she would pay a heavy price.

Because not only had Ruth discovered from the paper that no officer would stand trial, she also learned that the SIU director could not conclude what exactly happened that day because the two officers involved had consulted a lawyer before preparing their notes, as was standard practice at the time. There were no other witnesses.

“It puts me in the position of not really knowing how my son died, which is unreasonable,” she said. “He was killed by public employees, who should have been able to tell me exactly what happened, without a lawyer’s assistance.”

A self-described “poorly resourced citizen,” Ruth would find herself at the centre of an expensive legal battle that would last more than four years.

Along with the family of Douglas Minty, a 59-year-old developmentally delayed man killed by an OPP officer in a separate 2009 incident, Ruth took the case against the police to the Supreme Court of Canada, which ruled in a landmark 2013 decision that officers under investigation could not speak with a lawyer before writing their notes.

It ensured that the record of an incident was independent and contemporaneous, which did not happen in the Schaeffer and Minty cases.

“Put simply, appearances matter. And, when the community’s trust in the police is at stake, it is imperative that the investigatory process be — and appear to be — transparent,” wrote Justice Michael Moldaver.

“Manifestly, the legislature did not intend to provide officers with an entitlement to counsel that would undermine this transparency.”

Just weeks after the provincial government announced an independent review into police oversight bodies, including the SIU, Ruth reflected on that gruelling legal challenge.

As beneficial as it was to police accountability, it wiped out her life savings and most of her possessions, leaving her bankrupt and her emotional recovery that much more difficult.

Her story is indicative of the challenges to overhauling police practices in Ontario, says her lawyer, Julian Falconer. It’s rare that politicians will take the lead on these issues, he says; the job falls to the victims and their families.

“It was extremely insulting that I would have to have a bake sale to raise money to change the laws so that people would be safer in Ontario,” Ruth said.

“The Ministry of the Attorney General has tons of money and could have done the legislative process. They certainly didn’t have to wait for me.”

She pointed out that problems affecting investigations into the police, including note-taking, had already been highlighted before the court case by former Ontario ombudsman André Marin, a former SIU director who published two reports on the oversight body.

Sitting in a friend’s backyard, she must at times take long pauses, as the tears flow freely down her face. After all these years, her emotions are still raw, and her frustration with the government and its sluggish pace toward reform still very strong.

“What I did, by taking the police up to and including the Supreme Court, was not actually my job to do, it was my government’s job to do, and I had already paid them for doing that job through my taxes, but they didn’t do it.”

Some changes to communications between the SIU and police were made as the legal challenge moved through the courts. For example, the government has prohibited witness officers from using the same lawyer as the subject officer — the officer responsible for causing death or serious injury.

“I want to express my sympathy to Ms. Schaeffer,” said Ministry of the Attorney General spokeswoman Jenna Mannone. “It is incredibly hard to lose a loved one and I recognize that these were especially difficult circumstances.”

It was shortly after noon on June 24, 2009, when two OPP officers from the Pickle Lake detachment, about an eight-hour drive north of Thunder Bay, arrived at 30-year-old Levi Schaeffer’s isolated camping area, reportedly looking for a stolen boat. One was never located.

“There was an interaction of sorts,” wrote Ian Scott, then the SIU director, in the public portion of his report included in a Sept. 28, 2009, news release, “and the subject officer discharged his firearm at Mr. Schaeffer, causing his death.

“Beyond that, I am not sure what happened.”

Const. Kris Wood, who killed Levi, was told to prepare notes that only the police association lawyer would review, Scott wrote. After the notes had been approved, Wood then wrote in his memo book, two days later, an account that was the combination of his confidential notes to the lawyer and the discussions with him.

Acting Sgt. Mark Pullbrook, the other officer on scene, was advised to do the same. Neither officer shared their first set of notes with the SIU.

“The SIU director . . . concluded that he had no information from which he could base his conclusion as to what happened in the death of Mr. Schaeffer as a result of counsel’s involvement,” Moldaver would later write in the Supreme Court ruling. “Surely this is not the stuff out of which public confidence is built.”

Falconer, who has represented a number of families of people killed by police, goes as far as calling it a “corrupt practice” that had festered for too long.

“It is troubling, the kind of burden that members of the public should have to bear to fix what so clearly should be fixed by government, and that is a reality in the policing world,” he said. “Far from Ruth’s situation being unique, we live in a society where the police lobby is so powerful that, generally, political leaders follow. They don’t lead.”

He believes the government should compensate the Schaeffer and Minty families.

“I’m not against police officers, I’m against what happened in this situation,” said Douglas Minty’s sister, Diane Pinder. “They have unlimited funds. We don’t. And they fight you each step of the way.”

The families’ case was thrown out in Superior Court in Toronto, but they won at the Court of Appeal, after which the police took them to the Supreme Court, where their’ victory was upheld.

She said she soon realized the mental health system was not prepared to let him live a full and satisfying life. Quite adept in the great outdoors, Ruth discussed with Levi the possibility of living on his own in a secluded area.

She had just saved up enough money to buy him a piece of land, as well as one for herself, and false teeth, when the knock came at her door.

From what she understands — as a result of the legal challenge and the coroner’s inquest into her son’s death — Levi had gone down to the water when the two officers arrived in Wood’s personal boat, asking if he could be of assistance. She believes that at some point, Levi panicked. According to Wood’s account, Levi was advancing with a knife.

“I think I would panic if I was on a small area of land with two armed men, one of whom was becoming very aggressive toward me,” she said. (Wood and Pullbrook declined to comment through an OPP spokesman.)

Before her son died, Ruth was in the happiest period of her life. She was working as a human-rights worker with the Elizabeth Fry Society, often at the Lindsay jail, and spending a lot of time with her two daughters and grandchildren.

“I had stopped worrying so much about my son,” she said. “I had been terribly worried about him for a long time and didn’t really expect him to make it, and then he decided on a dream and started working actively toward it.”

That life would be shattered by Levi’s death and the subsequent court case, leaving Ruth a shell of her former self. She had to give up her home and move in with friends and then a rooming house. She sold practically everything she owned. And those savings for the pieces of land — between $20,000 and $30,000 — were completely depleted.

She now rents a small two-room apartment, but trying to fit her six grandchildren inside isn’t even an option. She’s unemployed, living on government assistance, and regularly sees a psychotherapist and takes classes to manage her PTSD.

“Because (the government) doesn’t do their job, they destroy people. They have completely financially destroyed me, and they have also made my recovery process a lot harder than it should have been,” she said.

Would Levi be proud of his mother’s fight? She believes so. He was proud of all of his family members, maintaining strong bonds with his two sisters.

If he were alive today, Ruth knows exactly what he would be doing.

“He would be on that piece of land, in his cabin. Happy.”

Decades of corrupt Ontario Government have carefully set up to protect those who have absolute power in society and who, without any accountability, are guaranteed to abuse that power absolutely.

It's an economic and social time bomb exploding in slow motion that all politicians in Ontario refuse to acknowledge.

Police Complaints in Ontario are treated as a joke. What ever is available is guaranteed to fail unless a complaint fits into an extremely narrow field of an offence against political correctness as seen by the Police themselves.

Anyone who holds the Police in Ontario to be accountable is at a high risk of facing fabricated criminal charges by the Worlds most corrupt criminal organizations, the police forces of Ontario.

The Ontario Government spends Billions of Dollars of your money, promoting crime and social destruction in the form of a Fascist Program of Gender Superiority.