Can inmates ask to die? Clarity urged around doctor-assisted death in prison 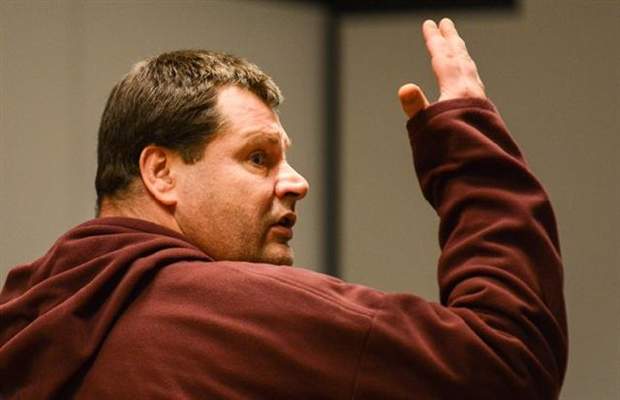 Convict Frank Van Den Bleeken appears in court in Brussels on Nov. 7, 2013. Van Den Bleeken, a Belgian man three decades into a life sentence for rape and murder, wanted doctors to help him die - and he nearly got his wish.THE CANADIAN PRESS/AP, Herman Ricour

CALGARY - A Belgian man three decades into a life sentence for rape and murder wanted doctors to help him die — and he nearly got his wish.

Frank Van den Bleeken suffered no terminal disease when he was granted a doctor-assisted death in September 2014. Rather, he sought to end his "unbearable" psychological suffering, arguing his life behind bars was intolerable and there was no hope his violent sexual urges would ever go away.

The case underscores some of the prickly issues Canadian corrections authorities may have to tackle with the legalization of medically assisted dying. So far, there's been little clarity on how prisoner requests should be handled.

In January 2015, Van den Bleeken was supposed to die by lethal injection, but doctors backed out.

Belgium has allowed doctor-assisted death since 2002 and there, the practice is not limited to terminal patients. It's unclear whether or not Canada's law will be restricted to those close to death.

Howard Sapers, Canada's prison watchdog, wants to know how authorities will deal with the issue.

"We are in discussion with the Correctional Service of Canada to get a sense of the state of their planning, to see how advanced it is, to determine whether or not they're appropriately consulting, as they are required to by law, with the inmate population," he said.

By law, inmates must have the same standard of health care they would on the outside.

But Sapers has raised concerns about how inmates are cared for in their final years. About a quarter of the prison population is over the age of 50 and inmates tend to have more health problems and shorter life spans compared to the general public, he said.

"As that proportion of the population of inmates grows, we expect to see more deaths in custody, particularly since we're now looking at 20 per cent inside penitentiaries serving a life sentence," said Sapers.

"So we've been very concerned about how CSC responds to death in custody."

The Correctional Service's Avely Serin said the department is closely monitoring the debate.

"Any policy changes developed to meet the legislative requirements would take into account CSC's unique operational context and the population under its responsibility, should it be required."

The matter is likely to raise some tough issues for corrections officials, said Catherine Latimer, who leads the John Howard Society of Canada, which advocates for a "effective, just and humane" corrections system.

"Their mandate is to protect the lives of these men and women who are serving sentences, so their mindset is to keep everybody going," Latimer said. "I think it will be difficult for them."

It may be best for an independent body to oversee the matter, she said.

Trudo Lemmens, Scholl Chair in Health Law and Policy at the University of Toronto, has cautioned against Canada adopting Belgium's open-ended approach to assisted dying.

As the Van den Bleeken case demonstrates, he said context needs to be taken into account.

"The prison system is quite unique because it's an environment in which there is a lot of anxiety, a lot of suffering, a lot of medical issues, a lot of mental health issues," Lemmens said.

"Are there particular components that make the person who is asking for physician-assisted dying more vulnerable? Is this indeed a prisoner who is suffering from a terminal illness? Could it be that the prisoner is asking just because he or she is in pain and there no adequate pain relief, because the prison system is not accommodating a more humane way of dying?"

Lisa Silver, who teaches criminal law at the University of Calgary, wonders whether prisoners will have the means to give their informed consent. That goes beyond mental health and competency — do they have the same access to medical and legal advice in making their end-of-life decisions?

The bill being debated in Ottawa, C-14, would amend the legislation that covers prisons — the Corrections and Conditional Release Act — so an investigation is not required if a prisoner dies with medical assistance.

But Silver said she would like to see the law clearly outline how the issue would play out in prisons.

"Why didn't the government take the time to really look at the Corrections and Conditional Release Act and amend it so that this can be meaningful?"

Conditions in Ontario's jails are so bad that even unconvicted innocent inmates regularly kill themselves. Often accused innocent and or guilty persons kill themselves upon the laying of charges. The underlying causes of injustice and or mental illness are rarely addressed until after a postmortem.