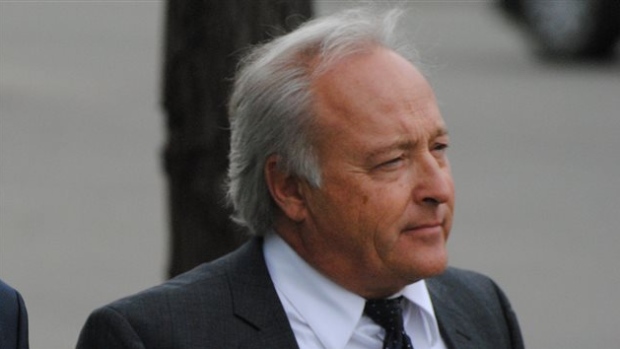 A Quebec Superior Court judge returned to the bench after being investigated for allegedly buying cocaine is once again under investigation after the federal and provincial justice ministers jointly requested that the case be reopened.

Federal Justice Minister Jody Wilson-Raybould and Quebec Justice Minister Stéphanie Vallée jointly wrote to the Canadian Judicial Council, a federal watchdog tasked with improving the work of Canada's superior courts as well as reviewing allegations made against judges, asking it to take a second look at the case.

* Justice Michel Girouard under scrutiny for alleged purchase of cocaine

Justice Michel Girouard is alleged to have bought cocaine numerous times prior to being appointed to the bench.

In 2010, video evidence tying him to a convicted drug dealer led François Rolland, then chief justice of the Superior Court of Quebec, to ask for a review.

The council's inquiry team determined that on the "balance of probabilities," the cocaine allegations could not be proven. They argued, however, that Girouard's testimony in the case was not credible and said he should be removed from the bench for that reason.

"If Justice Girouard were to continue as a judge of the Superior Court of Quebec, this would, in our opinion, undermine public confidence in the entire judicial system," the report advised.

Regardless, the watchdog returned Girouard to his position.

Both justice ministers — who are also the attorneys general for Canada and Quebec — highlighted the questions around Girouard's testimony in their letter ordering that the investigation be reopened.

"In our view, allowing such serious findings about a judge's integrity and credibility to go unresolved would run the risk of compromising the public's confidence, not only in the judicial discipline process, but in the judiciary and justice system as a whole," the letter said.

The letter goes on to say that the "inquiry will determine whether Justice Girouard is guilty of misconduct" and in "doing so, it will dispel any doubts that the members of the public and participants in the justice system may have about him."

According to an unofficial translation provided by the council, Girouard's lawyers fired back at both ministers, arguing any further inquiry into the judge's actions are unjust.

"By challenging the unanimous conclusions of a report issued by the highest Canadian judicial authorities, the ministers risk undermining public trust in our institutions and interfering with judicial independence," the lawyers' letter read.

The council has started the process of naming investigators to the inquiry team. According to the council, other than in rare circumstances, all inquiries are held in public.

Everyone even a judge is entitled to a presumption of innocence and the allegations of a convicted drug dealer that supposedly "can't be proven" is mud on the wall that might irreparably and undeservedly damage his reputation.

Just because the evidence was a "video recorded" statement, only means the video is authentic but not the statements contained in that video.

This is a show case, a pretense of a concern about dealing with allegations against a judge.

The problem is that in Canada, and in particular Ontario, judges are chosen, selected by a corrupt fascist government because they are the most likely to abuse their judicial powers.

Ottawa is perhaps the worst example of a corrupt city in the western world where the Judiciary have never yet made a decision in any law suit against the Ottawa Police.

Its so bad that lawyers will not   take on any contingency case involving the Ottawa Police, local lawyers or local officials who brazenly commit criminal offences against the administration of justice.

If you are a full time father and a victim of female domestic violence, you are at very high risk of being the victim of Canada's most corrupt Police and the Ottawa Judiciary who openly promote Ontario's Fascist Program of Gender Superiority which means, if you call 911, you will never see your children again and end up being charged, convicted and your life destroyed.