Less than half of B.C. kids in foster care graduate high school before 19, report says 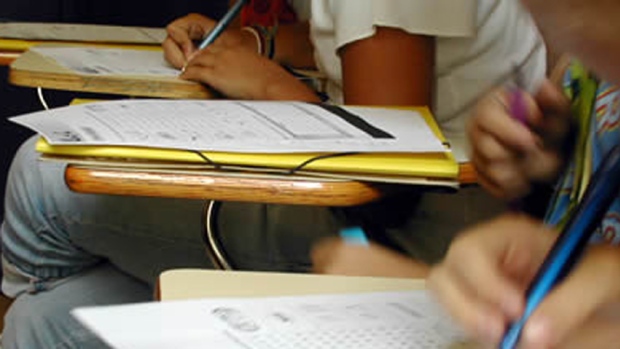 UVic researchers interviewed 20 young adults who grew up in foster care and found that many of them said education was an anchor for them at a time when many other aspects of their lives were unstable, but there were a number of barriers to their success. (CBC)

Lilia Zaharieva loved school and always had her nose in a book — but that suddenly changed when she was taken into foster care at the age of 14.

She went from taking classes specifically for advanced students to having her grades drop so drastically she was put in remedial classes.

"It was a huge trauma to move and be away from my family. [It] had a huge impact on how I felt about myself and my ability to concentrate and focus and connect to the people around me," Zaharieva said.

She eventually managed to get her education back on track and get her high school diploma and go on to post-secondary.

However, not all youth who age out of care in B.C. have the same experience.

"We know that in B.C. the graduation rate for kids in the general population is about 84 per cent, whereas for former youth in care, foster youth, that is 47 per cent," said Deborah Rutman, a professor at UVic's School of Social Work.

Rutman recently co-authored the report Fostering Success: Improving Educational Outcomes for Youth in/from Care, for which she interviewed 20 young adults who grew up in foster care to ask them what helped them graduate from school.

Rutman said that many of the youth said that education was in fact an anchor for them at a time when many other aspects of their lives were unstable, but that there were a number of barriers to their success.

"There's also a lack of communication or coordination between the foster-care system or welfare system and the education system."

Zaharieva, who is now studying child and youth care at UVic, is currently being mentored by Rutman in a project looking at how to help support former youth in care.

Zaharieva said one of the biggest factors that helped her focus on her education again was having an encouraging foster parent.

"She was a bit of a bulldog, and I say that with the utmost affection," she said.

"After I had fallen behind in school she encouraged me to complete it by distance education. Being able to have the flexibility and additional tutoring helped me so much and I actually completed my last two years of high school in six months when I had that support."

Rutman said that caregivers have a large role to play as well, in addition to provincial ministries and schools.

"One of the other systematic things that we really identified is the importance of the systems working together, not only the child welfare and the educational system, but the communities as well," she said.

"Caregivers have a huge role to play, as do families."

Rutman also said that through her research she learned that youth in care also often felt that a lower expectation of success was placed on them — something Zaharieva echoed.

"I felt like at that time people were just pleased if I was sort of not in jail, that seemed to be the expectation unfortunately," Zaharieva said.

"I really wanted someone to say, 'You know, I know what you're capable of, I've seen it. Go for it, I'm here to stand behind you.'"

With files from CBC's B.C. Almanac