In June, David Stephan was sentenced to 4 months in jail, while Collet received 3 months of house arrest 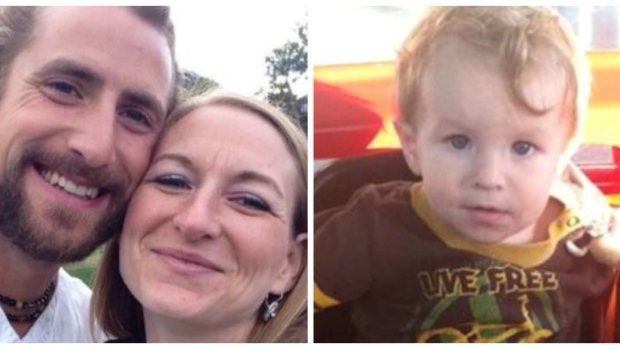 David and Collet Stephan were found guilty of failing to provide the necessaries of life to 19-month-old Ezekiel, who treated him with hot peppers, garlic, onions and horseradish before he died of bacterial meningitis. (Facebook)

Alberta prosecutors say the sentences given last month to a couple who failed to get proper medical treatment for their son who later died of bacterial meningitis are insufficient given the seriousness of the crime.

Alberta Justice filed notices of appeal of the sentences Thursday at the Court of Appeal in Calgary.

In June, Justice Rodney Jerke sentenced 33-year-old David Stephan to jail for four months and his wife, Collet, 36, three months of around-the-clock house arrest, allowing her to only go out for medical appointments and church.

Jerke also sentenced them to two years' probation after they complete their sentences and 240 hours of community service to be done by 2018.

The couple was found guilty of failing to provide the necessaries of life to their 19-month-old son Ezekiel in 2012.

The toddler was treated with hot peppers, garlic, onions and horseradish for several weeks and later died in a Calgary hospital.

Crown prosecutor Lisa Weich said after sentencing one of the goals of the case was to provide Ezekiel with a voice. (CBC)

It also asserts the judge gave insufficient weight to denunciation and deterrence and failed to give weight to aggravating factors. The appeal also says Justice Jerke overemphasized mitigating factors in the couple's favour while passing sentence.

No court date has been scheduled for the case to be heard.

Jerke was particularly critical of David Stephan for his "lack of remorse" during sentencing.

The justice said that although both parents were "wilfully blind" to the boy's condition, the father was especially so, adding David Stephan seemed more concerned about being punished than about his inaction when his son was sick. 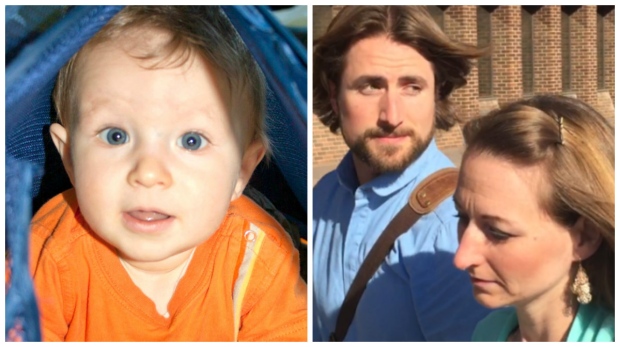 David and Collet Stephan were found guilty of failing to provide the necessaries of life to their son, Ezekiel in April 2016. (Facebook/CBC)

"To this day he refuses to admit his actions had any impact."

The prosecution had asked for a sentence in the range of three to 4 ½ years, but Jerke said that was too much.

The trial heard the little boy was too stiff to sit in his car seat and had to lie on a mattress when his mother drove him from their rural home to a naturopathic clinic in Lethbridge to pick up an echinacea mixture.

The Stephans never called for medical assistance until Ezekiel stopped breathing. He was rushed to a local hospital, and died after being transported to Calgary Children's Hospital.

The gender bias reeks. It begs the question as why these two parents were treated so differently when they were both equally responsible for their son's death.

No wonder the Crown appealed but odds are they won't be appealing the difference in sentencing due to gender.

Apparently, the judge saw what he wanted to see and the decision does not reflect the facts.