In a unanimous decision, a three-judge panel tossed out all of Kwesi Millington’s arguments and upheld his 30-month prison sentence in the case of Robert Dziekanski. 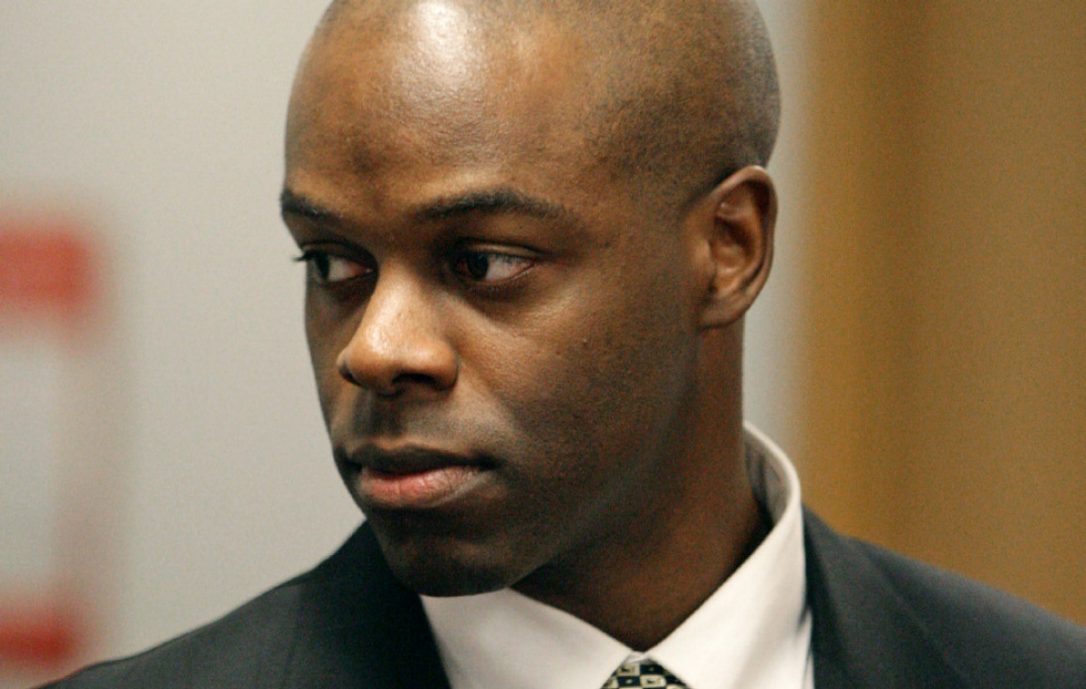 Kwesi Millington claimed the lower-court judge made numerous errors in finding him guilty of perjury for testimony he gave at the inquiry investigating the death of the Polish migrant in October 2007.   (DARRYL DYCK / THE CANADIAN PRESS FILE PHOTO)

VANCOUVER—The RCMP officer who jolted Robert Dziekanski several times at Vancouver’s airport and then lied about it to an inquiry has lost his appeal in British Columbia’s highest court.

Kwesi Millington claimed the lower-court judge made numerous errors in finding him guilty of perjury for testimony he gave at the inquiry investigating the death of the Polish migrant in October 2007.

In a unanimous decision, the three-judge panel at the British Columbia Court of Appeal tossed out all of Millington’s arguments.

All four officers who confronted the distraught man at Vancouver’s airport were charged with perjury. Two were acquitted of the charge, while Millington and former Mountie Benjamin (Monty) Robinson were convicted.

The Crown claimed in separate trials that the officers colluded over what to say about the confrontation because their stories were all similar, despite video evidence to the contrary.

Millington’s appeal was based on numerous conclusions by the trial judge over the bystander’s video, the questions of collusion, the exclusion of expert evidence about the impact of stressful and fast-moving events, and the decision to allow the Crown to pursue the allegation that the officers conspired on their stories.

In a written decision released Thursday, the panel concluded the trial judge reached the correct verdict and thoroughly analyzed the issue around Millington’s motive to lie.

The motive “related to whether Const. Millington would be forced to admit at the inquiry that he had no justification . . . for Tasering Mr. Dziekanski for a second time when he was already on the ground,” Justice David Harris said in the ruling.

The officers were called to the airport about a distraught man at the arrivals terminal. Just seconds after Dziekanski was confronted he was jolted several times with the Taser and died on the floor.

A bystander’s video showed Dziekanski holding up a stapler, which the officers all told the public inquiry posed a threat.

The Crown claimed that evidence and many other instances proved the officers colluded, but separate courts acquitted two other officers.

“It may seem surprising, indeed troubling, that different courts can reach different results on what superficially appear to be similar or identical allegations, especially where the evidence is substantially the same in the different cases,” the decision said.

“It must be remembered that criminal responsibility is individual and is to be assessed on the evidence led in relation to a particular accused.”

Const. Bill Bentley, who was acquitted, didn’t testify at his trial and the issue was whether he perjured himself at the inquiry, when he said he couldn’t remember what he discussed with fellow officers, Harris said.

Millington did testify at his trial and said he didn’t discuss the details of the incident with the three other officers before providing a statement, the ruling said.

The RCMP didn’t immediately respond to a request for comment on Millington’s status with the force.

He was sentenced to 30 months in prison, while Robinson was handed just under two years in jail. Robinson, who quit the force just before he was sentenced in July 2012, is also appealing and his case is still before the court.

Most of the time, police are encouraged to lie, fabricate and, commit perjury to sanitize the record, recreate history because the true facts do not fit what they wanted to see. Such is the classic example of abuse of power by anyone with absolute power especially the Judiciary, public officials or police who, have official encouragement to engage in crimes against the administration of justice.

In this case, Millington was protecting himself as well as the RCMP. It's amazing that this case was ever prosecuted.