There is a problem with our policing 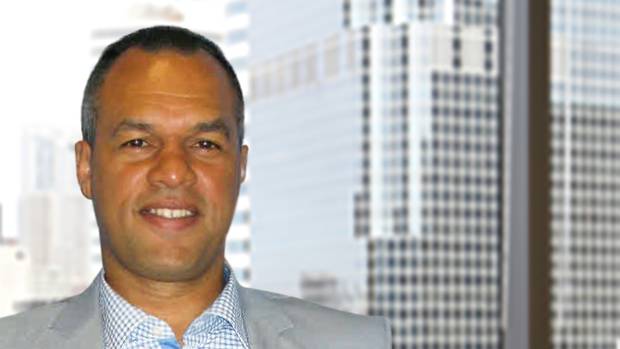 Special to The Globe and Mail

Peter Sloly is a former deputy chief of police with the Toronto Police Service and is now an executive director with Deloitte.

It has been a horrible summer for police-community relations with too many funerals and shattered families. We must end these heart-wrenching conflicts between police and the communities they serve. And we can, if we make a fundamental change in our approach to policing across the continent.

There is a significant imbalance in the common policing model, with far too much emphasis on law enforcement and not nearly enough on crime prevention.

Police services have a predisposition for enforcement – a “catch the bad guys” culture. Police management strategies mainly reward outputs (traffic tickets, street checks, arrests, etc.) instead of outcomes (crime reduction, community satisfaction, cost savings, etc.). The traditional path to promotion in policing has been through the enforcement squads (homicide, hold up and drugs) and not through crime prevention assignments.

But police officers are not meant to be primarily “law enforcers.” The Ontario Police Services Act lists the core police services as: crime prevention, public order maintenance, emergency response, assistance to victims and law enforcement. Crime prevention is wisely listed first because an ounce of prevention is worth more than a pound of enforcement. Yes, officers put themselves at risk every day, responding to crimes and taking criminals out of circulation on behalf of the community. The police would be even more appreciated if they could do more to prevent the crimes from happening in the first place.

The enforcement-dominant policing model is the most expensive and most likely to put officers and members of the public in conflict. Despite the legal requirement for police to deliver community-oriented policing, approximately 90 per cent of police resources are used for reactive enforcement activities.

Every act of enforcement increases costs to tax payers from the investigation, prosecution, and incarceration stages, and, increasingly, civil litigation.

Then there are the social costs. Enforcement exposes police officers to increased harm and media backlash. Courts become overwhelmed with unmanageable caseloads. Jails have become overcrowded (disproportionately with Aboriginals and minorities) and are increasingly filled with people suffering from mental health issues and addictions. The enforcement-focused model often results in over-policing and excessive use of force, which mainly impacts society’s most marginalized, victimized, and racialized members.

The Police Services Act promotes adequate, effective, and inclusive policing by requiring police services to ensure the safety and security of all persons and property, safeguard our fundamental Charter and Human Rights Code, work in cooperation with the communities they serve, show respect for victims of crime while being reflective of and sensitive to the pluralistic, multiracial, and multicultural character of Ontario.

As currently practiced, policing is not doing that. Our outdated, unbalanced police model does not meet the needs of police officers, the justice system, tax payers, or community members.

But it could. There are many proven, evidenced-based programs underway in policing that work better. Some of them were piloted and mainstreamed right here in Canada. For example, we know that embedding professional, empathetic, tech-savvy officers in neighborhoods for at least two years, with a mandate to build relationships, can reduce crime and facilitate community-focused problem solving.

These officers still enforce the laws but use discretion, common sense, and constant efforts to become trusted, respected community partners. The officers are the best sources of community intelligence, virtually eliminating any need to engage in the controversial practices of “street checks/carding.” This approach is working in the UK’s “Neighborhood Policing” strategy, Ontario’s “Mobilization & Engagement Model,” and Saskatchewan’s “Hub & COR Model.”

There will always be some criminals who must be arrested to protect our communities. But we can still create a harm-reduction approach to mitigate the negative aspects of the enforcement model. For example, the federal government can work with provincial, municipal, and First Nations governments to fund and support police, justice, and community leaders to implement programs such as “pre/post charge diversion” to keep people out of the justice system. Aboriginal restorative justice can better reintegrate people into their communities once they leave the justice system, reducing recidivism and breaking revolving-door justice cycles.

Police need to implement diversity and inclusion strategies to recruit, hire, promote, and retain a greater percentage of educated, talented, and diverse employees. Training and development programs must enable officers to manage conscious/unconscious bias. Such programs are working well in communities from Milwaukee to Melbourne to Manchester. They will work in Canada.

These operational changes require less investment in bricks and mortar and more investment in enabling technologies. Operation centres must be developed to make police services more secure, vigilant, and resilient to both physical and cyber threats while also enabling officers to be more available in their communities, connected physically, and online.

Police budgets must also be re-balanced and right-sized to achieve positive community outcomes, while cutting costs and increasing social value. Fortunately, the prevention-focused model will save money that can be reinvested into crime prevention and community development programs.

But the biggest change needed is to police culture. We need officers who see themselves as servers who can become protectors when needed rather than as law-enforcers. We need the institution of policing to evolve from a thin blue line that separates police from community to a thin blue thread that is interwoven within the fabric of society. It’s a change that must happen quickly to have any hope of keeping pace with near-constant social change and digital disruptions.

Police officers and community members are increasingly frustrated because they know the old enforcement model isn’t good enough for the new normal. Cops and the community want real change now!

We can’t tolerate the frightening divisions and tragic deaths we have seen this summer. You can’t wage a war on crime without first winning peace with the community. That’s why we must have a new policing model that enables cops and the community to work in tandem, co-producing public safety and winning the peace together.

Peter Sloly is a former deputy chief of police with the Toronto Police Service and is now an executive director with Deloitte.

Peter Sloly provides words of wisdom that few in government or politics will take any notice of and its the lack of that ability to take notice of this kind of wisdom that has resulted in the mess called "our policing".

He points out the delusions of the "catch the bad guys culture" and the dysfunctional promotion system that is a prime cause if not the leading cause for corruption and fabrication of evidence.

One of the worst police forces in Canada is the Ottawa Police, that is in effect a Criminal Organization that promotes fabrication of evidence from the moment an office gets a uniform if not from before because they promote a culture of lawlessness, absolute power and worst of all, obstruction of justice by fabricating facts to suit what this notorious Criminal Organization wish to see.

Comments like those of Peter Sloly are hard to come by and extremely rare. Deloitte have made a hell of a good decision in hiring him and he is bound to be an incredible respected political leader in the future.