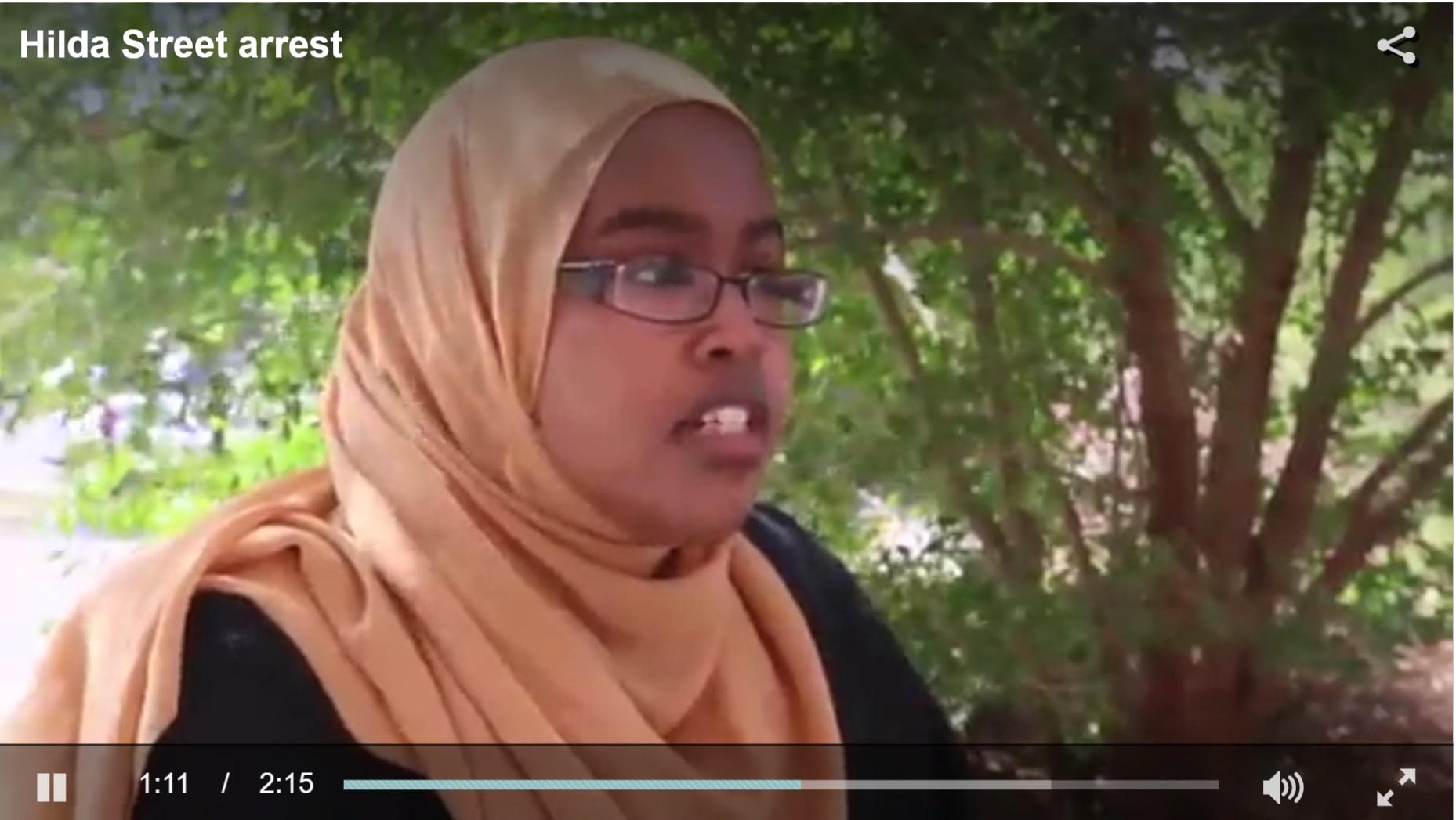 A 37-year-old man was in critical condition in an Ottawa hospital Sunday night after a police intervention that is being probed by the Special Investigations Unit.

The man was identified as Abdirahman Abdi by his sister, Hawa Abdi, who said she feared he would not recover. He was being treated at The Ottawa Hospital’s trauma centre.

The SIU, the civilian oversight agency that investigates cases resulting in serious injuring, death or sexual assault when police are involved, said in a news release that a man attempting to elude arrest led police on a foot chase through the Hintonburg neighbourhood, west of downtown Ottawa, around 10:30 a.m.

According to several witnesses, Abdirahman Abdi was taken down in a west Ottawa neighbourhood by several police officers, who then began to kick, punch and beat him with their batons.

However, witnesses who spoke with Postmedia said the man was beaten by multiple officers as he tried to run into an apartment building on Hilda Street. Witnesses said the man lay unconscious on the ground for about 15 minutes before paramedics arrived and began administering CPR.

“He looked weird — he looked dead,” she said. “It was weird that they didn’t (immediately) call paramedics. It took way too long. Everything was moving very slowly.”

Police were initially called by staff to a Bridgehead café near Hilda Street. A Bridgehead employee, who spoke on condition that their name not be published, said Abdi had been “harassing” a woman at the coffee shop. 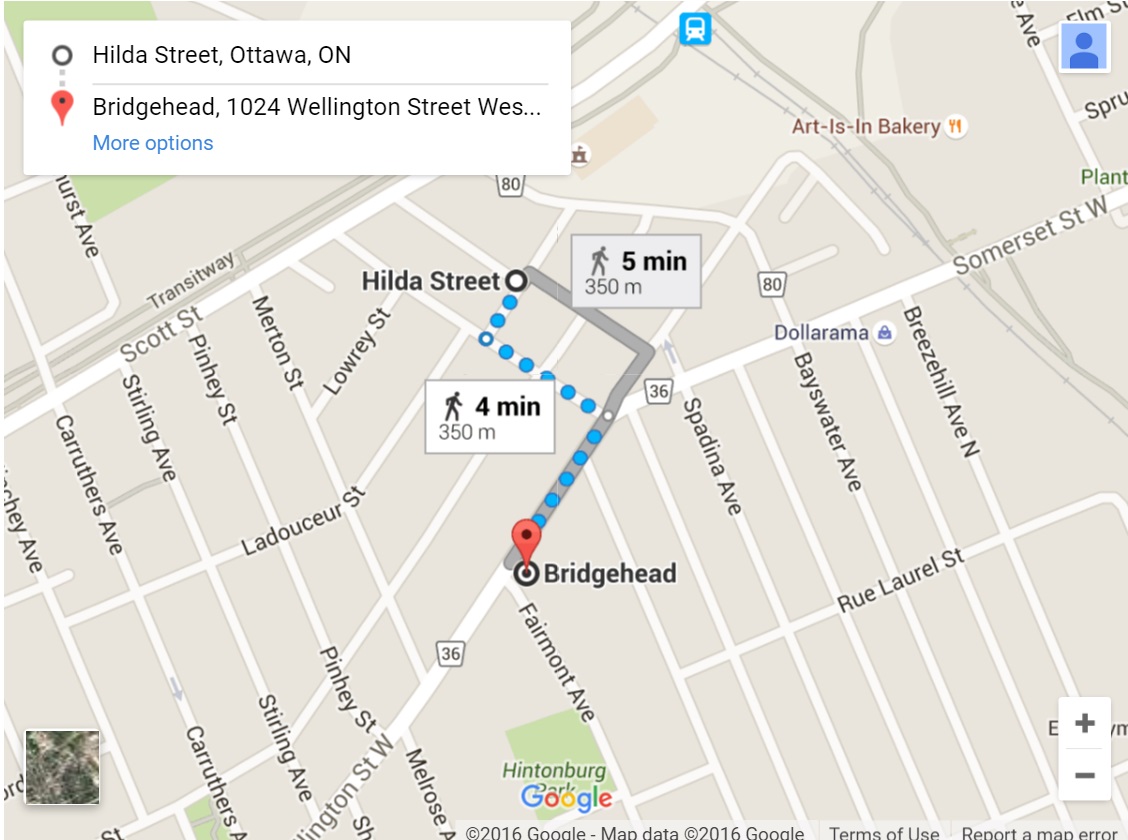 Witnesses said Abdi fled on foot, with police in pursuit, to the front of his apartment building on Hilda Street, about 250 metres away.

Abdi lived at 55 Hilda Street with his family, many of whom were at his hospital bedside Sunday.

Nimao Ali, a family friend and resident of the Hilda Street apartment building, who acted as a translator for the shocked family, said emergency room doctors were concerned with a “lack of oxygen to (his) brain.”

“The doctors said he’s not going to make it,” Ali said.

You can’t go against five cops at once. It was unnecessary

According to several witnesses, Abdi was taken down by several officers, who then began to kick, punch and beat him with their batons.

After Abdi was subdued and handcuffed, he lay bleeding on the sidewalk for more than 10 minutes before he was given medical attention by arriving paramedics, according to one witness.

A 27-minute video recorded by a witness and obtained by Postmedia shows Abdi, his wrist cuffed behind his back and his pants pulled down, face down for nearly 10 minutes before paramedics arrived, examined the man, removed his handcuffs and started CPR. It is another 15 minutes before Abdi is loaded into an ambulance and taken to hospital. 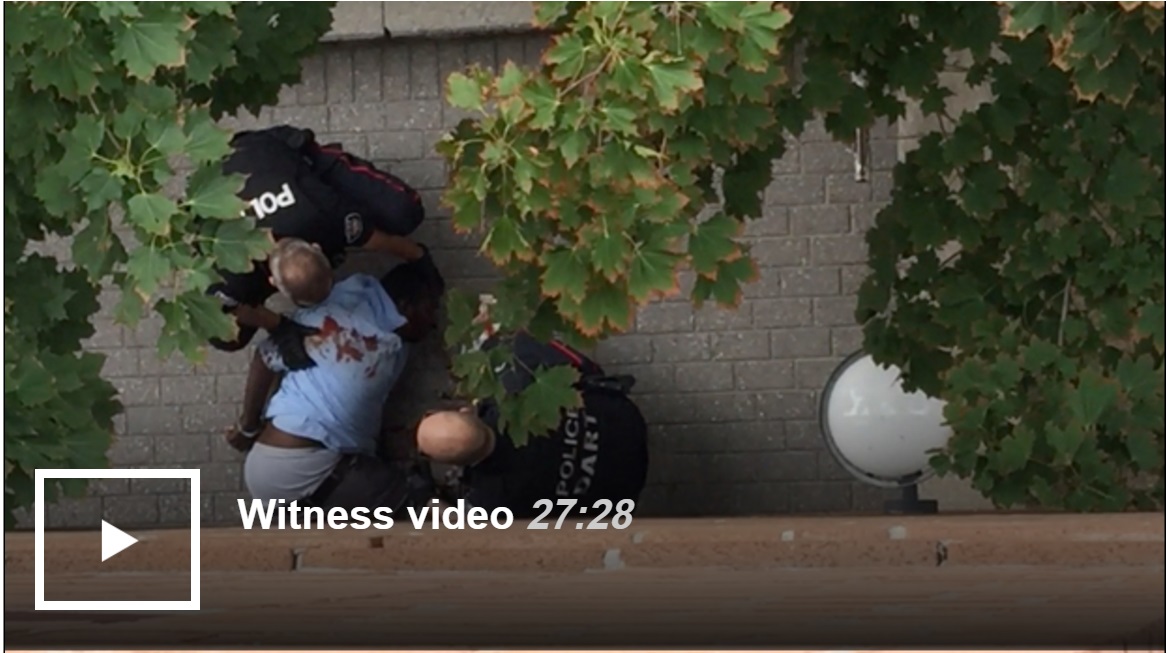 One man who was said to have recorded the skirmish between Abdi and police did not want to make the video available to Postmedia out of respect for the family, said Mariam Ali, 18, a University of Ottawa student. Ottawa Police at the scene on Hilda Street where the SIU were investigating an altercation following an arrest by Ottawa Police and a man who ended up in hospital in critical condition.

Zainab Abdallah, who lives in the building and knows Abdi, said she saw Abdi running toward the doors and the officers fast approaching and yelling at him to lie down.

When he didn’t comply, he was taken to the ground, she said. When they began beating him, she said, she tried to intervene.

Abdallah, who has lived in the Hilda Street residence for about six years, described Abdi as “a quiet, nice guy.

Abdi was known by neighbourhood residents to be “non-verbal” and those who spoke to Postmedia said they believed him to be on the autism spectrum. Asli Mohamed witnessed the aftermath of the confrontation on Hilda Street.

“I think we’re all just surprised because we live in Ottawa and we don’t really encounter these kinds of problems,” said Mariam Ali. “I wanted to give the benefit of the doubt, but the way that the situation played out it seemed like it was because we were like immigrants or we were black.”

Mohamed said that the community usually has a good relationship with police.

But in light of the recent instances of police brutality in the U.S., residents of the Hilda Street apartment are “sensitive” to what happened on their doorstep Sunday morning.

Ottawa police wouldn’t comment on the details of Sunday’s incident since the SIU was still investigating. The agency has assigned five investigators and one forensic investigator to the case.

Even the Ottawa Police deserve the presumption of innocence however, that being said, the Ottawa Police are a notorious Criminal Organization that spends its time fabricating evidence, prosecuting the victims of crime, and engaging in corporate delusions of grandeur where they believe they are the law and that if the facts don't suit what they wish to see, they will simply recreate the facts and more often than not, treat men as criminals and women and victims.

In this case, the allegation is that because he was from Somalia that he must be a criminal.

The Ottawa Police are also notorious for "DWB" arrests, aka "Driving While Black".

Other notorious arrests are for a wide range of criminal charges all of which are less likely to be laid against a white person.

Our jails are overflowing with unconvicted black accused and even more disturbing, a a large number of convicted but entirely innocent victims

of police fabrication of evidence simply to form evidence that suits what the police wish to see and which is politically correct.

Now to wait to see if the Ottawa Police will release the names of the officers involved.