The Toronto judge who last week convicted a man of sexual assault in a ruling that sometimes sounded like a feminist screed now has unleashed a sneering rant about the man himself.

Ontario court Judge Marvin Zuker was hearing a motion Monday to have Mustafa Ururyar detained in custody pending his sentencing this fall.

In the result, Zuker agreed with prosecutor Jennifer Lofft and ordered the 29-year-old to jail immediately but not before excoriating him and even appearing to mock his unfinished PhD.

Ururyar’s lawyer, Lisa Bristow, had been asking that her client remain on bail until sentencing, noting that he’d not missed a court appearance and had obeyed all his conditions throughout the more than a year between his arrest and the start of trial.

Where before Ururyar, who has no previous criminal record, had been free on his own recognizance, Bristow called his mother and girlfriend, both of whom were prepared to put up all they own to guarantee Ururyar would appear for his sentencing.

You would be seeking a non-custodial sentence for rape? What is the significance of a rape if a person doesn’t go to jail?

His Afghanistan-born mother, Masooda Ururyar, who owns a hair salon in Vancouver, told the judge that she wouldn’t hesitate to call police if she learned her son was intending to flee or was in breach of his bail.

“I won’t let that happen,” she said. “I love Canada and I’m proud to be Canadian and I’ve worked hard all my life to be a good citizen. I would prefer he be in jail in Canada than anywhere else in the world.”

Similarly, Ururyar’s 26-year-old girlfriend, Alison Moore, agreed that while she testified at trial that she didn’t believe he was guilty, “I understand my loyalty as a surety is to the court.”

In the world of proposed bail sureties, often peopled by those who haven’t the slightest intention of obeying court orders and are transparently outlandish liars, the two women stood out as responsible, serious exceptions.

But after they testified and Bristow began her arguments, Zuker snapped, “You’re assuming or presuming that this man whom I found raped Ms. Gray in all likelihood will go to jail, as I’m unable to think of a case” when that didn’t happen. “Why do we wait till October?” 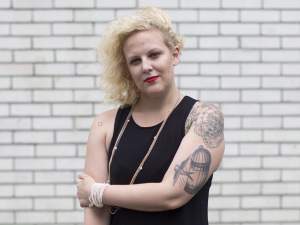 (The sentencing was originally scheduled for Oct. 24 but, now that Ururyar is in jail, has been bumped up to Sept. 14.)

Bristow actually was able to cite a case — about six months ago, a client of hers convicted of sexually assaulting his wife received a conditional sentence — but Zuker told her such a sentence “I would suggest is ridiculous … This man raped Mandi Gray on Jan. 31, 2015. That’s what I found.

“Sex assaults and rapes most often are done in private … (Ururyar’s) mother and his girlfriend wouldn’t know what he does in private if they walked into him.”

The judge’s voice was thick with contempt whenever he spoke of “this man” or said the word “rape” or “rapist.”

Bristow correctly pointed out that a conditional sentence is available for sexual assaults and that there is no mandatory minimum, suggesting Parliament didn’t want to foreclose the possibility.

“You would be seeking a non-custodial sentence for rape?” Zuker asked, then snorted, “What is the significance of a rape if a person doesn’t go to jail?”

Bristow then suggested that allowing Ururyar to remain on bail would allow him some time to get his affairs in order and spend time with his family.

At this, Zuker sputtered.

“If we gave him the same kind of courtesy and respect he should have given Mandi Gray we wouldn’t be here.

“Did he accommodate Ms. Gray?

He’s not the victim here!

“Let him get his affairs in order because he’s such a nice guy … We’ll worry about him. He’s not the victim here!

“The confidence in the administration of justice would be easily maintained by giving him three months (at home),” Zuker sneered, “by women who might be raped.”

Then the judge referenced Ururyar’s job as a teaching assistant at York University.

Court heard that though he was suspended from his teaching job upon his arrest and prohibited from setting foot on campus, he was allowed to do course work for his PhD.

He also continued to be paid, about $22,000 a year his girlfriend thought, pending his trial, but wasn’t allowed to do anything for the money.

“Twenty-two thousand for doing nothing,” Zuker said, and muttered something about it being a nice gig.

“Life as usual for Mr. Ururyar,” the judge said sarcastically. “We forget about victims!” Zuker then raised “the possibility of (Gray) running into Mr. Ururyar on the Internet,” though there has been no evidence he ever attempted to contact her.

When Lofft made her arguments that Ururyar should be jailed immediately, Zuker interrupted her to say, “I think it’s about the complainant. About the victim. About the administration of justice.

“My issue is the seriousness of an offence that people don’t take seriously enough.” He noted other courts have found that victims of sexual assault suffer permanent emotional or psychological damage and said this would affect “Ms. Gray for the rest of her life, and this man is going off to Vancouver, going to Montreal, having a good …whatever he’s doing … The reputation of the administration of justice is at stake when a convicted rapist is allowed to go about his business.”

A little later, Zuker delivered a little unsolicited wisdom. “He’s guilty of rape. I don’t know how else to spell it out … Rape is about power and control. Mr. Ururyar with his PhD on the horizon was not worrying about foreseeability; if he was we wouldn’t be here today.

“It was about power and control, ‘I am in control,’ (meaning Ururyar) … those who commit rape don’t … PhD or not, perhaps we would have less rapes,” Zuker said.

Sentencing, he said at one point, is about deterrence, rehabilitation, retribution and denunciation. He didn’t include, “berating the convicted man,” but he sure had that covered.

Bristow plans to appeal the conviction in Superior Court.

Unfortunately, appeals of cases alleging bias have a very low probability of success due to the fact that the Judiciary, are a "rat pack" who won't rat on each other and or are extremely reluctant to say anything negative about another judge.

In the Judiciary of Ontario, there is a culture of criminality, a culture of silence akin that of any criminal organization that lives in a delusional world devoid of the reality that they are amongst the most hated members of society.

The Judiciary of Ontario operate a Fascist Program of Gender Superiority. You never ever hear of a woman being charged with rape or having sex without consent yet, ask any number of males and the statistics are about the same if you asked women the same question.

There is no equality before the law in Ontario and Justice Marvin Zuker is a classic example of a member of the Rat Pack of the Judiciary of Ontario.

Thanks to Christie Blatchford who so courageously wrote this article.

As for Mandy Gray, with judges like Zuker and feminist prosecutors, no one will be able to express an opinion about her credibility or the lack of.

While rape accused cannot and are effectively prohibited from examining the motivations of complainants, there will continue to be that extraordinary high percentage of guilty findings when, the rate of convictions would be drastically lower if some form of corroboration was expected when a she said is pitted against a he said.