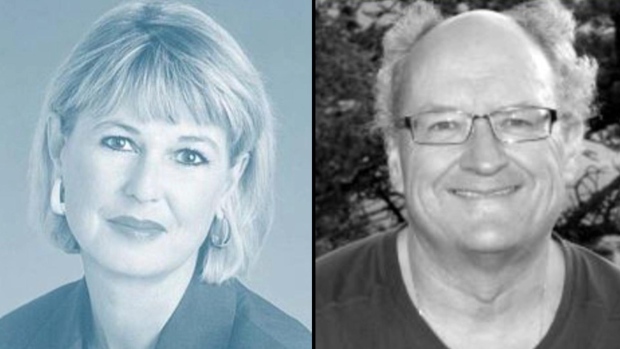 Justice Juliana Topolniski has overturned a ruling in a sexual-assault case made earlier this year by provincial court judge Michael Savaryn.

Justice Juliana Topolniski has overturned a ruling in a sexual-assault case made earlier this year by provincial court judge Michael Savaryn.

An Alberta Court of Queen's Bench justice has overturned a teen's acquittal on a sexual assault charge and delivered a blistering rebuke of a lower court judge she said did not understand the law.

In a seven-page ruling, Justice Juliana Topolniski used a series of scorching short sentences to explain that the issue of consent is "not a difficult concept."

"It is long beyond debate that, in Canada, no means no," Topolniski wrote. "Consent means yes.

"There is nothing ambiguous about it."

In April, provincial court judge Michael Savaryn found a 15-year-old boy not guilty of sexually assaulting a 15-year old girl. The names of both the accused and the complainant are covered by a publication ban.

Topolniski overturned the acquittal and convicted the teen. She not only ordered the boy back to provincial court for sentencing, she asked the court to ensure that Savaryn is not the judge who will ultimately sentence the teen.

On a Tuesday afternoon last October, students at an Edmonton high school had just wrapped up an after-class workout. About 10 to 15 minutes later, the boy walked by the girl's locker and made a comment about her anatomy, according to the facts laid out in Topolniski's decision.

The girl told the court she found the comment "disrespectful," but laughed it off because "she was not expecting it."

As the girl was on her way out of school, the boy approached her again. He told her "that she was sexy and fit, and touched or slapped her buttocks several times."

The interaction was captured on a video entered as an exhibit at trial and watched by the judge. It showed the girl smiling and giggling. The boy then pushed the girl into a locker, grabbed again at her buttocks, ran his hands over her body and tried to kiss her. She quickly moved away and told him to leave.

The two moved out of camera range. The boy ignored the girl's demand and followed her, then pushed her into a closed doorway, Topolniski wrote. For a third time he grabbed her buttocks, then her breasts, and tried to kiss her as she tried to push him away and fend him off with a water bottle.

The boy said she should "just let him do it."

She said no and told him it wasn't right. The girl wasn't laughing anymore. She got away from the boy and left the school. But he approached her one last time outside school to ask for a hug. She said no and walked away, but he came back, grabbed her and hugged her.

The girl said she was upset, uncomfortable and felt disrespected. But later that night she texted a male friend about what had happened and attached a smiley face with tears and tried to make light of the incident. She testified that she thought if she had told her friend how upset she was, he would likely have tried to hurt her attacker.

The trial judge decided the girl's actions did not match her words.

Savaryn decided the victim appeared to be "complacent" because she didn't seem to be upset about the boy's advances or try to fend them off until the doorway incident, even though she said no twice at the locker and in the doorway.

The trial judge found the girl "tried so hard to laugh it all off that I do not believe she was successful in communicating her discomfort … even at the end, I am not convinced she clearly expressed her objections."

Savaryn, a former Edmonton Catholic school trustee, found the boy "did not mean to touch the girl sexually without her consent" and described the girl's actions as "at worst, ambivalent or tolerant."

Topolniski minced no words in her ruling.

"The evidence amply supports an absence of consent to the sexual touching," she wrote.

She found that Savaryn based his ruling on outdated sexual stereotypes about how a victim should behave after being sexually assaulted.

"The complainant's state of mind after the incident is irrelevant to the question of consent," she wrote. "The requirement that a complainant raise the hue and cry has long since passed into the mists of time.

"The judiciary is responsible for ensuring that impartiality is not compromised by these biased assumptions. Regrettably, that did not occur in this case."

Sympathy for the victim

The CEO of the Edmonton YWCA said she has sympathy for the victim.

"She was assaulted and violated in a place where kids should feel safe: in her own school," Jackie Foord said. "I'm just sorry she had to go through the first acquittal, because that would have been just so distressful."

Foord wondered if the lower court decision meant some judges need more training. She also praised Topolniski for what she called a "well-written, unequivocal decision."

"It was exactly what we tell young women and girls when we're doing work here at the YWCA," she said. "You have to give consent — and there's no fuzziness around consent."

If this had been an appeal of a guilty verdict, the appellate judge would have claimed that only the judge was in the best position to view the evidence and would not have changed the decision. Once the genders and verdicts are changed, you see the widespread judicial gender bias appear.

making a political rather than a legal statement.