Man gets 13 years for attacks on people linked to B.C. Justice Institute 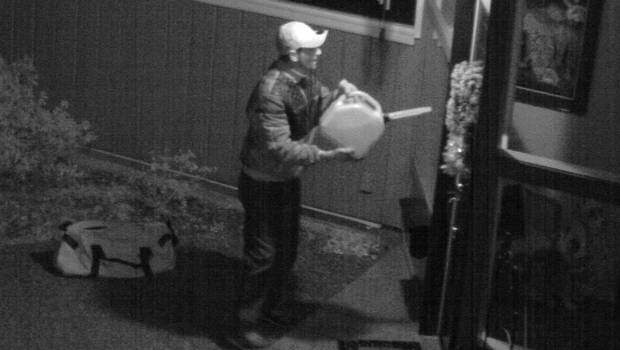 Delusions drove a man to target 15 homes in British Columbia with arsons and gunfire, but Vincent Cheung was aware of his drug addiction and his behaviour requires strong denunciation, a judge says.

Associate Chief Justice Austin Cullen of the British Columbia Supreme Court sentenced 43-year-old Cheung to 13 and a 1/2 years in prison on Wednesday for orchestrating several attacks in 2011 and 2011.

Cheung pleaded guilty last week to 18 of 23 charges, admitting he planned and paid others to carry out firebombings and shootings on homes and cars because he mistakenly believed his victims were connected to a training centre for police. Other first responders also attend the Justice Institute of British Columbia.

Cullen ruled that Cheung’s motives were rooted in delusions but the crimes were calculated and posed threats of serious harm and death.

“I accept the offender did not ‘choose’ to become an addict or to suffer from paranoid delusions,” Cullen said. “He did, however, make certain lifestyle choices ... and nefarious connections to wage a campaign of fear against innocent victims.”

Cheung will serve 12 more years in prison after credit for time already served. The judge also ordered a firearms prohibition and said the man must provide a DNA sample.

The Crown had asked for a 15-year prison sentence, while Cheung’s lawyer, Martin Peters, recommended a 10-year-term.

Peters said his client was handed a long sentence, for Canada. He said the judge “perceptively” acknowledged that his client knew he was paranoid for years.

“The judge had to balance the drug-induced delusions — which was something my client suffered — from the very serious impact that the victims felt,” he outside court. “I think the judge, in his sentencing, certainly gave some credit for those delusions.”

Peters said it does not appear Cheung still has delusions, noting he has stopped taking drugs.

“I don’t see this as a long-term problem,” he said.

Crown lawyer Joe Bellows said he was satisfied the sentence will serve as a deterrent.

Many of the victims are still traumatized by the attacks and some even moved away, but they were glad not to testify, Bellows said.

At the sentencing hearing, court heard nine victim impact statements in which people reported emotional trauma, depression and sleep deprivation. Many of the victims’ homes or cars were burned or had been shot at late at night.

Court heard that Cheung either hired associates or may have carried out the crimes himself, although who did what is still unclear.

He admitted tracking down people who parked their vehicle at the Justice Institute, in the Vancouver area, by paying an employee from the Insurance Corp. of B.C. to run licence plates and obtain home addresses.

One man gave evidence that Cheung told him he had to take “countermeasures” against people at the justice institute because he believed they were following him. He also believed the institute controlled a satellite in the sky that was zapping his brain, the witness said.

Police forces in cities across the Lower Mainland were investigating the violent incidents separately until the justice institute received an anonymous email connecting eight of the crimes. Cheung was arrested last September after an undercover police operation.

A statement on Wednesday from Chief Supt. Kevin Hackett of the Combined Forces Special Enforcement Unit called the investigation “extremely complex.” He said police expect to make more arrests in the future.

Investigations into the ICBC employee and the people Cheung hired are ongoing, Bellows said.

One man, Thurman Taffe, has pleaded guilty to one count of arson and is scheduled to be sentenced on Aug. 22.