Christie Blatchford: Why did the judge treat sex assault accused with such contempt? 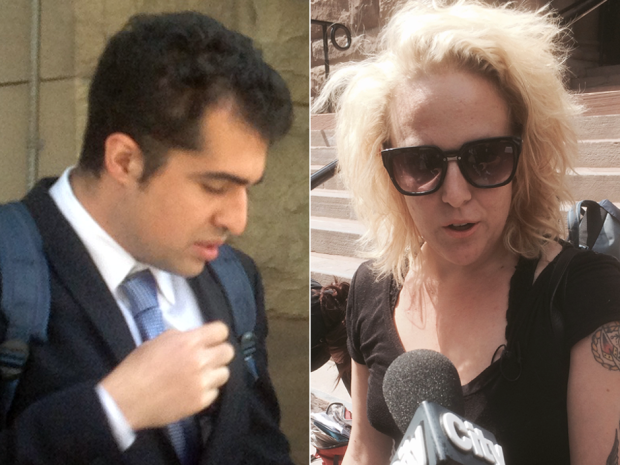 Why would a veteran judge tee off on a man he was convicting of sexual assault and rail against him as though he were indistinguishable from a vicious serial rapist like Paul Bernardo?

Was there something inherently sneer-worthy about the man or his story?

Was the man’s version of events — that the sex between him and the victim had been consensual — so outlandish that it was worthy of contempt?

The answers are: Who knows, no and no.

Having sat in Ontario Court Judge Marvin Zuker’s courtroom in downtown Toronto one day each this week and last – Monday, he revoked Mustafa Ururyar’s bail and sent him off to jail to await his sentencing this fall, and the previous Thursday, he convicted the 29-year-old Ururyar of raping 28-year-old Mandi Gray – I was curious.

I feared I was operating in the dark.

The massively scrutinized sex assault trial of former CBC star Jian Ghomeshi had begun in the same building on the same day Ururyar’s trial started. There were huge lineups outside the building, but not for Ururyar’s case.

Like most of my colleagues in the press, I covered the Ghomeshi trial.

So when I heard Zuker twice go out of his way to berate Ururyar, I thought perhaps I’d missed something significant by not hearing the evidence, and that the clue to the judge’s fury would be there.

The Ururyar-Gray case was entirely typical of a crime about which only two people usually know the truth.

I ordered the transcripts of every day of the trial before Zuker (court sat most of six full days) and of the bail revocation hearing. I have now read every word that was said in court.

In fact, the Ururyar-Gray case was entirely typical of a crime about which only two people usually know the truth – and in my own experience, sometimes not even them.

The two were both PhD students and teaching assistants at York University on Jan. 31 last year, when the assault took place. They had a two-week consensual, casual sexual relationship that consisted mostly of infrequent texts to arrange hook-ups.

She said it all turned sour during a night of drinking after a union meeting (York’s TAs were about to go on strike). Ururyar had agreed she could stay over at his flat, she said, but when in the wee hours they closed the last bar and a girlfriend didn’t join them at his place and instead hopped a cab, he turned furious.

Gray invited him to the bar, sending a text that said, “Come drink and then we can have hot sex.”

They walked to his apartment, and once there, Gray crawled into bed first and he joined her. He told her, he said, that they should be friends from now on, that his girlfriend (with whom he had an “open” arrangement that allowed them to see and sleep with others while she was living in Montreal) would be returning to Toronto in April and their sexual relationship would end then anyway.

The only evidence supporting either of their stories — and arguably, it supported both versions — were some texts Gray sent a friend the next morning.

“Why do I meet abusive psychos?” she wrote the woman.

“Last night, Mustafa f..ked me and I didn’t want to.

“Like, if you don’t consent to sex but you don’t not consent, I don’t know what that is.”

Within two days, Gray duly got a rape kit test done at hospital, took the emergency contraception Plan B, and reported to Toronto Police.

She didn’t tell the officers about the “hot sex” text to Ururyar, Gray testified, because she didn’t believe it was relevant, and besides, she’d immediately deleted all her texts to him.

But whatever one makes of the pair’s stories, Ururyar’s was not obviously less worthy of belief than Gray’s.

Yet Zuker repeatedly snorted that Ururyar’s story “never happened.” He appeared to adopt as his own a line of questioning from prosecutor Jennifer Lofft, who had grilled Ururyar in cross-examination about his reaction to Gray’s purported touching of him at the bars.

“Did you scream?” she asked. “Did you yell? Did you fight back? Did you push her away? Did you get up and leave?”

(Had Lofft treated a woman who was claiming assault with such scorn, she surely would have been vilified for perpetrating “rape myths”.)

The judge was also dubious of the “open” relationship with Ururyar’s girlfriend (she testified to it at trial) and seemed offended by it.

But the why of the judge’s attitude is unanswered.

It may lie in his own activist background – he’s been an associate professor at the Ontario Institute for Studies in Education for 34 years, almost as long as he’s been a judge – and leanings.

As he told the Toronto Sun in a 1993 profile, he’s always been interested in the inequities facing women. He co-wrote two books — the last one, in 1976, was called The Law is Not for Women — with the late activist June Callwood.

“I don’t know why I was so interested in this subject,” he told the Sun then, “but maybe it was the way I was raised. I just knew the differences weren’t fair.”

Was Zuker trying to make the law fair for women?

They sure thought so at OISE, which almost a week after his decision, was still celebrating it on the home page of its website.

There are few flies on Christie Blatchford and she has a remarkable knack of being able to see or should I say smell when something stinks.

The problem is the Ontario "Establishment", the "rats of Ontario", the politician who don't give a rat's behind and appoint "rats" , or rather, "anoint" "rats"  to the Judiciary who are the least suitable, most corruptible, most likely to abuse absolute power as judges in Ontario where they spend their careers leaving a trail of politically correct destruction.

Ottawa is the Capital of this cess pool of Judicial Corruption, Ottawa is where the least suitable POS's of the legal profession get to be appointed as judges where they spend their lives supporting Police Criminal Actions, and promoting crime by police.

One golden rule that the "Rats" are bound to uphold is that of Ontario's policy of Gender Superiority where men, especially fathers have no legal rights.

We have Judges like Marvin Zuker who promote violence by women towards men.

Zuker in this case, could not comprehend or even listen to the allegation that Mandy Gray may have been the agressor, that did not happen according to Zuker but every man and his dog knows that the odds of one judge being able to determine a she said from a he said in a case like this is extremely difficult , absent some other corroborating evidence, which was thrown out of as a consideration of evidence decades ago.

Marvin Zuker will remain a judges despite being reviled by the legal community and despite his notorious gender bias which is typical of many judges if not most of the judges of Ontario.

It makes you wonder. Do judges have any self respect or do they just live in their own delusional worlds where they believe that they can recreate history by stating a feminist fairy tale of events.