Toronto Police Services constable James Forcillo arrives at a Toronto courthouse, Thursday, for his sentencing after being found guilty of attempted murder in death of Sammy Yatim who was shot while on a TTC streetcar

TORONTO — A Toronto police officer has been sentenced to six years in prison for gunning down a troubled teen on an empty streetcar in 2013. 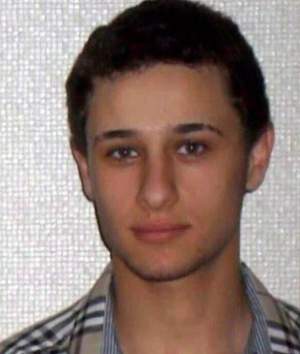 Toronto teenager Sammy Yatim is shown in a photo from the Facebook page 'R.I.P Sammy Yatim'

Const. James Forcillo was convicted of attempted murder in the death of 18-year-old Sammy Yatim, which was captured on a cellphone video that went viral and spurred public outrage in Toronto.

The disgraced police officer, wearing a dark suit, stood straight and stone-faced as he was handcuffed. Murmurs ran through the courtroom as Justice Edward Then delivered his sentence. Yatim’s parents looked at Forcillo, then turned to one another in silence.

In handing down his sentence, Then said the cellphone video was “powerful evidence” that what Forcillo said occurred on the streetcar did not happen.

The judge spent almost 90 minutes dissecting the evidence that came to light during the trial, delivering a series of stinging rebukes to Forcillo’s conduct that July night three years ago.

Forcillo’s behaviour “constitutes a fundamental failure to understand his duty to preserve all life, not just his own,” Then said. 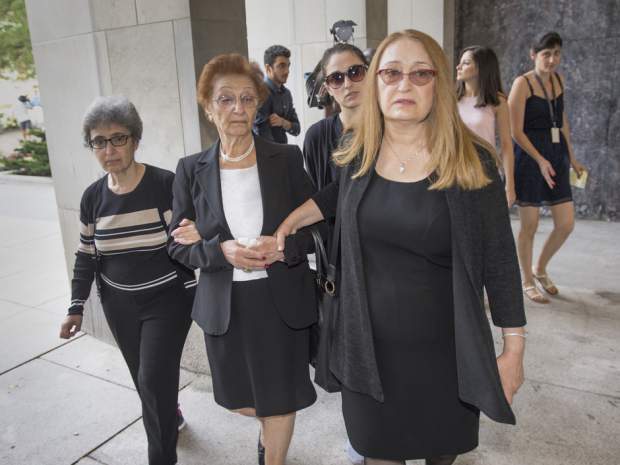 Sahar Bahadi, right, arrives with family members Thursday at a Toronto courthouse to hear the fate of Toronto Police Services Constable James Fircillo after being found guilty of attempted murder in death of her son Sammy Yatim.

He also rejected the defence’s assertion that Forcillo should not be subjected to the mandatory minimum sentence of five years in prison for the attempted murder conviction. But he also said the Crown’s request that the officer spend between eight to 10 years behind bars was “unreasonable.”

Forcillo’s lawyers, who had argued for house arrest instead of a prison sentence, filed a constitutional appeal, arguing the mandatory minimum was never intended to apply to peace officers who legitimately carry a gun at the behest of the state in order to protect society. They are also expected to seek bail for Forcillo for the duration of the appeal, which means the officer could return home Thursday even after the sentencing.

Prosecutors say the mandatory minimum is meant to apply to everyone, arguing police officers shouldn’t get special treatment.

They also argued that Forcillo’s case appears to be “among the most egregious examples of unjustified violence by a police officer in Canada.”

The outrage over Yatim’s death prompted the city’s police chief to launch a review of officers’ use of force and their response to emotionally disturbed people.

Yatim’s mother, Sahar Bahadi, told the court she will never forgive Forcillo for killing her child.

“They say to move on, you have to forgive,” she said during her victim impact statement. “But as a mother, I will not forget and I will never forgive. Human life matters. My son, Sammy, matters.” 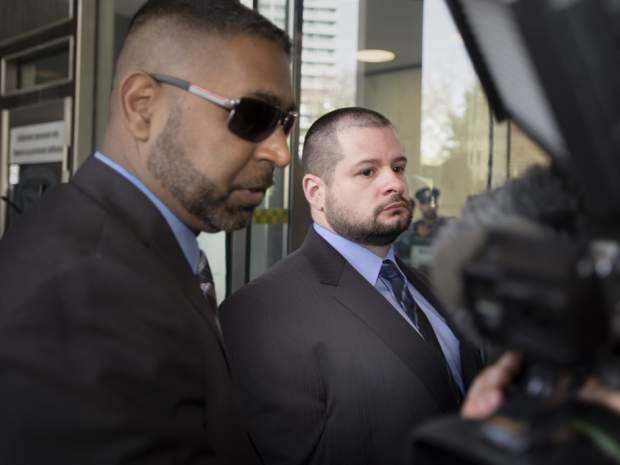 Forcillo is escorted through a media horde on his way into his sentencing in a Toronto courtroom.

The teen’s father also said he struggled to make sense of his son’s death and wondered what would have happened if another officer had been on duty that night.

Forcillo’s wife, meanwhile, said her husband doesn’t deserve to go to jail because he isn’t a risk to society.

In a letter Then, Irina Forcillo said her husband is “the one whose purpose has always been to protect.”

Forcillo had been out on bail since being charged. He’s seeking bail again today pending an appeal.

The officer fired two separate volleys — three shots and then six shots — at Yatim, who had consumed ecstasy and was wielding a small knife on an empty streetcar.

Forcillo testified that he never wanted to kill anybody when he confronted Yatim, but fired because he thought the teen was about to come at him with his switchblade.