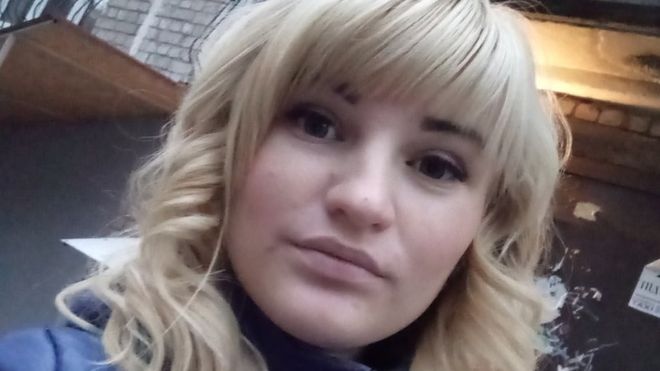 Vladislava Podchapko: Ukrainians are stunned by the mother's apparent neglect

krainian prosecutors are questioning a 20-year-old mother after she allegedly left two toddlers in her flat for nine days, and one starved to death.

The mother, Vladislava Podchapko, had gone to her partner's flat, without leaving food at home, reports say.

Her son Daniil, aged one year and 11 months, died on 3 December. His sister Anya, nearly three, remained in the Kiev flat with the dead body for three more days, until the mother returned.

Ukrainians have expressed shock about the case on social media, and the details were given on Facebook by Mykola Kuleba, the Ukrainian presidential adviser on children's rights.

Anya is in intensive care in hospital, but her condition is improving, Mr Kuleba reports.

Doctors have been trying to feed her - she had reportedly fainted from hunger in the flat. Her father and grandmother have visited her. 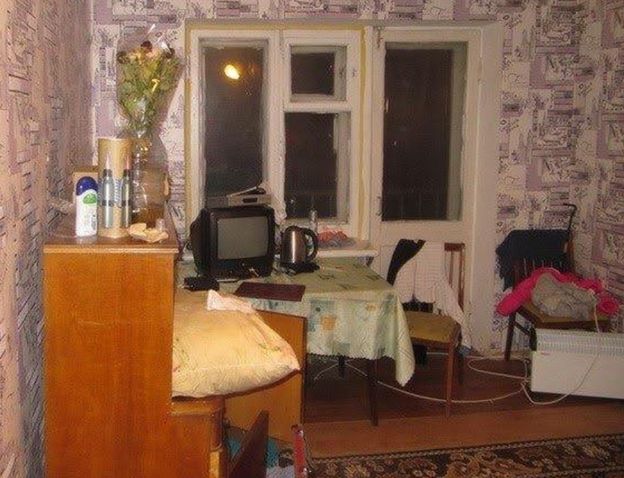 According to Mr Kuleba, Ms Podchapko had left just a few chocolates for the infants to eat. He said the linoleum by the locked front door had been pulled up - an apparent attempt by the children to get out.

Ms Podchapko gave birth to a second son in October. Her partner, whom she calls her "husband" on VKontakte - the Russian version of Facebook - is reportedly the father, and the baby lives with him.

In her VKontakte profile, Ms Podchapko describes herself as "a modern mother". She posted many selfies and snapshots with her toddlers, accompanied by affectionate messages.

She spoke lovingly of her partner, saying "my husband is always right, always the best and always the winner - naturally, as he is my husband".

She could face up to eight years in jail under a law against "leaving a person in peril", Ukraine's 112.ua news website reports. But she may be shown leniency because she has a new baby.

According to Mr Kuleba, the infants last saw a doctor back in February, and they stopped going to kindergarten in August.

Police say they did not get any call to visit the flat. It appears that Ms Podchapko herself revealed what had happened there.

Mr Kuleba said Ms Podchapko first got pregnant at the age of 16, and each of her three children has a different father.

She grew up in a big provincial family and allegedly asked for loans from friends and family repeatedly.

Mr Kuleba lamented that the case illustrated not only parental neglect but also Ukraine's "weak social services". The number of care professionals has fallen by 12,000 in Ukraine since 2014, he said.