By Rachel MendlesonNews reporter
A 10-year-old girl has been in “legal limbo” for nearly half her life after she was “wrongly apprehended” from her mother who had failed a flawed drug test.

She wants to be adopted by her foster mother but “hopes and prays” for contact with her parents. 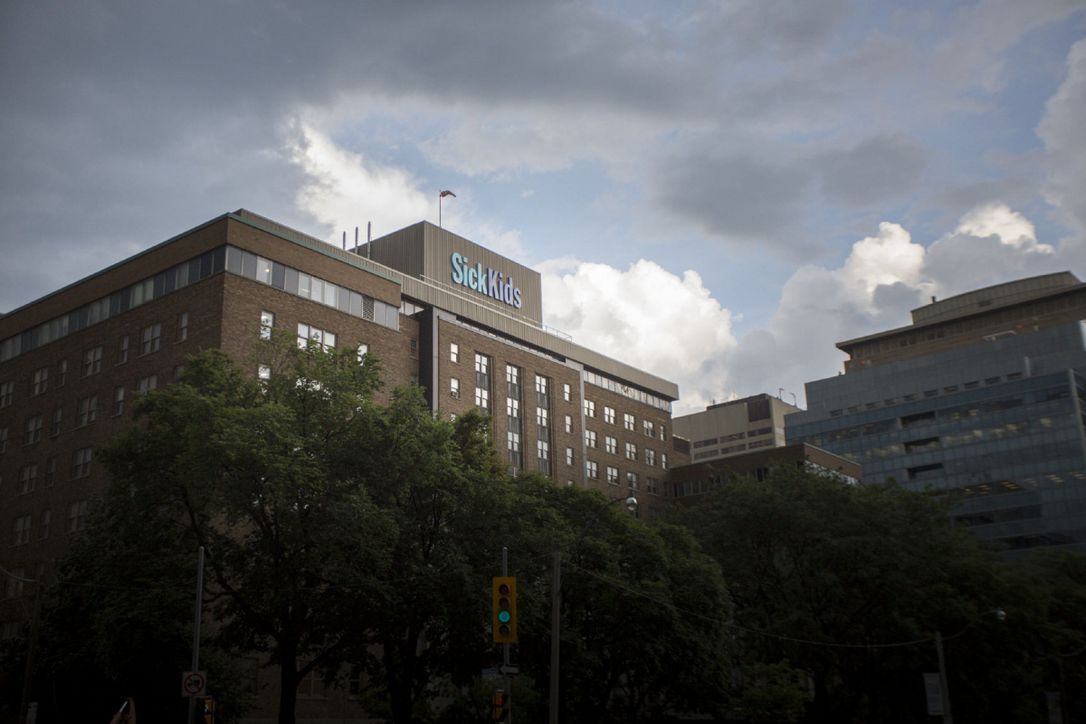 Her foster mother is ready to adopt, but not if there is contact with the parents, who have been “consumed and trampled” by the child welfare system yet continue to fight for the right to see their daughter.

This is the heart-rending dilemma depicted in a scathing Ontario Superior Court ruling that delivers a broad indictment of a “broken” child welfare system. Justice Grant A. Campbell reveals how reliance on discredited hair testing from the Hospital for Sick Children’s Motherisk laboratory contributed to a “perfect storm” of “errors, incompetence . . . and mistakes.” Throughout, the parents were “ignored, demeaned and disbelieved,” while their child was shuffled between placements.

So significant was the damage that Campbell included an unqualified apology to the parents in his ruling, which he delivered orally in a Kitchener court last week.

“It should not have happened. You should have been treated better,” he said to the mother and father, identified by their initials, C.T. and J.B. “It did and you weren’t, and for that, on behalf of the very system that perpetrated this upon you, I apologize to you both.”

Mothers decry lack of transparency in review of Motherisk lab

From apprehension to appeal, his ruling outlines the “failures of the court process,” including a Children’s Aid Society that ignored the mother’s claims of native heritage, which should have triggered special considerations for her daughter’s placement; “incompetent” trial lawyers who neglected to challenge the Motherisk tests; and a trial judge that held her decision in reserve for nine months.

Privacy laws that shroud child protection proceedings make it difficult to answer many questions about this case. But the broad facts, laid out in judgments and other publicly available court documents, trace a complex family history marked by long-standing involvement with children’s aid, dating back to when the mother was a child herself.

Her daughter, born in 2007, was deemed to be in need of protection by children’s aid in spring 2012. The concerns children’s aid cited included: the mother’s history of drug abuse, admitted marijuana use and involvement in prostitution; incidents of domestic violence between the parents; the father’s recovery from opioid addiction; and both parents’ mental health struggles. The girl, then 5, was placed with her mother, under the supervision of children’s aid.

That changed in fall 2012 when a hair-strand test performed on the mother by Sick Kids’ Motherisk lab came back positive for cocaine.

“(The child) was immediately apprehended based entirely on that now totally discredited drug testing conducted by Motherisk,” Campbell said.

After the mother failed another hair test for cocaine, children’s aid applied for Crown wardship. The case dragged on for three-and-a-half years until December 2015 — a passage of time Campbell said “is reprehensible and cannot be justified or excused on any credible basis.”

At the same time, big problems emerged at the Motherisk lab. The controversy started in late 2014 after the Star exposed questions about the reliability of the lab’s hair-strand testing. The lab was Ontario’s most trusted provider of drug and alcohol hair tests for use in child protection proceedings. But by the time the Kitchener trial ended in March 2015, the concerns raised by an ongoing provincial review and an internal probe prompted the hospital to suspend testing at Motherisk. Sick Kids shut down the lab the following month.

Despite the mother’s “repeated” claims that Motherisk results were wrong, her lawyer “ignored those assertions and took no steps whatsoever to bring any motion before the court, or to get competing drug tests to challenge the Motherisk drug tests,” Campbell said. (The mother’s marijuana use was previously known to children’s aid and not in dispute.)

Drug use was among many concerns children’s aid raised during the trial. But “extensive attention” was given “to the circumstances and unreliability of the Motherisk testing,” Campbell said. Yet there is “no evidence” that any of the lawyers for the parents or the child, who was represented by the Office of the Children’s Lawyer, made a motion to have the child returned to the mother, or for any other placement, he said.

“Basically, once Motherisk tests were received in and accepted, the agency took the . . . position that the only reasonable result was for Crown wardship and it passively acquiesced to the delays that ensued and to which court contributed and exacerbated. 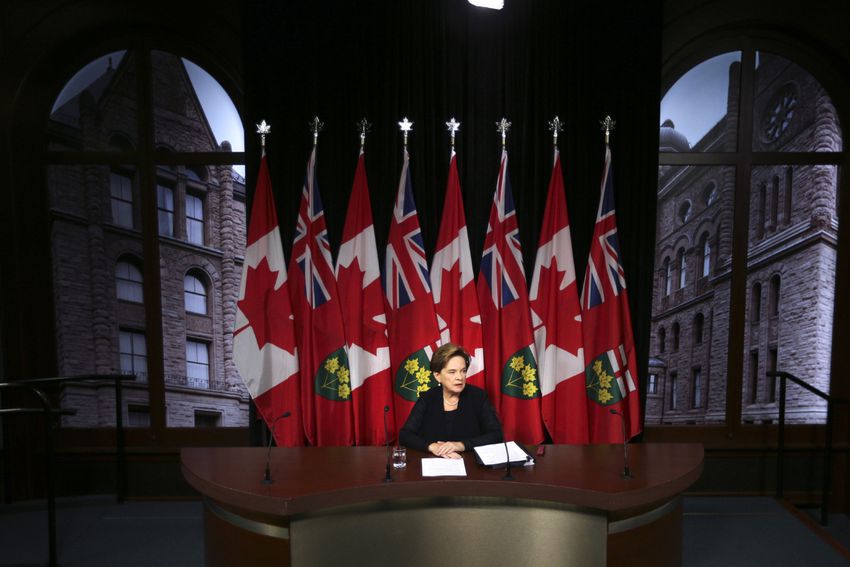 “The status quo created by the delays eventually dictated a reality that all participants recognized, acknowledged and accepted,” he said.

In her decision, released Dec. 15, 2015, the trial judge sided with children’s aid, issuing a “final order” to make the child a Crown ward with no access.

She considered the Motherisk controversy and the independent review that was underway, making reference to several hair-strand drug tests the lab performed in this case. Because of “the concerns raised by the investigation,” the judge said she could not rely on the tests “to establish on their own the presence or absence of any drugs.” But she also noted that when the child was taken, the mother had “not sought a screen from a different laboratory” to challenge the Motherisk findings.

“It is not known what the ultimate findings by the independent review will be,” she said.

That same day, Justice Susan Lang submitted her report on Motherisk to the attorney general, who released it Dec. 17. Lang found the lab fell “woefully short of internationally recognized forensic standards,” and operated without sufficient hospital oversight. It produced results that were “inadequate” and “unreliable” for use in child and child custody cases, which has “serious implications for the fairness of those proceedings,” she said.

The Kitchener case is among more than 500 “high-priority” child protection files that have been reviewed by the Motherisk commission, which was established on Lang’s recommendation to determine whether the flawed hair tests were a key factor in the outcomes in individual cases.

In April 2016, commissioner Judith Beaman informed the mother that after a “detailed examination” of the child’s court file, she found “no reasonable basis related to the Motherisk hair testing to question the legal process or the existing status quo of the child.”

The mother was among three women who applied for a judicial review of the commission’s decisions, claiming the process lacked transparency and denied the parents an opportunity to participate. A divisional court dismissed her application as premature, because she had not applied to the commission for reconsideration of its decision.

“There were many, many reasons why that child was in care and was made a Crown ward,” he said. “What the Motherisk commission said was that the Motherisk test results weren’t overly relied upon by the court.”

The mother’s new lawyer, Julie Kirkpatrick, who represented her in the appeal, said she will not seek reconsideration of the commission’s decision because her client “did not find the commission’s involvement to be helpful in her case.”

After the trial judge’s ruling, the parents, who have not been able to see their daughter in more than a year, initially sought to quash the decision, but they abandoned their fight for custody, concluding it was in their daughter’s best interests to stay with her foster mother.

In his decision, Justice Campbell expressed deep regret for what the family endured, while upholding the trial judge’s Crown wardship order.

“As any informed observer of this entire unfortunate court process would conclude, my conscience is shocked by the abuse of process and the lack of procedural fairness,” he said. “But to set aside the decision and remit the matter to another trial . . . would damage and threaten the child’s stability even more.”

Campbell agreed that adoption is in the child’s best interests. But he also found that contact with the parents, who share indigenous heritage, would be both meaningful and beneficial to the child and overturned the “no access” order.

Yet he said he is faced with a problematic reality: the foster mother has “unequivocally” stated that she will not proceed with adoption if there is contact. At the suggestion of the lawyers, he has made an openness order but has stayed its enforcement, so that the parents, the child and the foster mother may participate in a hearing, which he set to start in May.

The “pathway” proposed by the lawyers “would appear to offer (the child) a chance, (albeit a slim one) to extract herself from this confusion, and move towards permanency,” he said.

Alison Scott, executive director of Family and Children’s Services of the Waterloo Region, the children’s aid that handled the case, declined to comment on the specifics.

But she said the society will “take to heart all the considerations that the court made about our role as a child welfare agency,” particularly as it relates to First Nations families, which she acknowledged “is a large area of development for us.”

The application for leave to the Supreme Court of Canada failed as of August 2018.

The fact is, the CAS provided false evidence to the court to gain control that never ended. This is how they operate. Notice how Justice Susan Lang says all the right things but fails to deal with the issue.

The Supreme Court of Canada does not care about child protection or children's rights. It is effectively condoning the fabrication of evidence and in turn, condoning the never ending criminal conduct of Judges, who are former lawyers for the Children's Aid Society.

Its a very dirty story of the most corrupt psychopathic child abusers in Canada, the Judges who are former CAS lawyers who got to be judges after spending their careers fabricating evidence knowing that they had a corrupt judge, most probably a former CAS lawyer rubber stamping their decisions.