By Colin PerkelThe Canadian Press
A man convicted of various drug and related offences won a new trial on Tuesday because a judge wouldn’t allow a high-quality voice recording of a police officer the accused alleged had set him up.

Court records show Brett Dunstan argued York Regional Police had staged a break-in at his Markham, Ont., home in September 2011, and that an officer had then anonymously reported the incident. 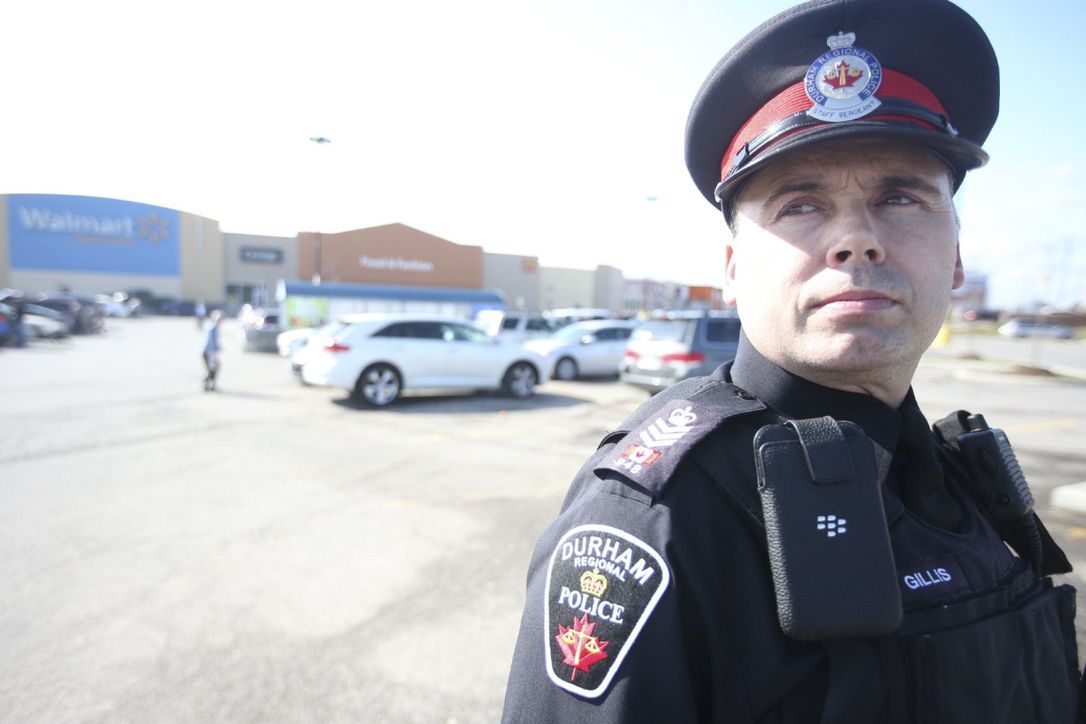 Staff Sgt. Cyril Gillis has been accused, by defendent Bret Dunstan, of making an anonymous call that led police to break into his Markham home.  (Vince Talotta / Toronto Star)

Evidence was the caller reported seeing eight men running from the home. He gave the address, said they looked suspicious, and hung up. Because the call was to a non-emergency police number, its origin could not be traced.

Responding to the call, police entered the home without a warrant and found marijuana, cocaine and other drugs, as well as $100,000 in cash.

Dunstan argued the police entry had violated his rights and what they found was inadmissible as evidence. He alleged Staff Sgt. Cyril Gillis had been the anonymous caller, something the officer denied.

To make its case, the defence wanted to compare Gillis’s voice with that of the caller by way of expert spectrographic analysis. Such analysis depends, among other things, on the ability of a microphone to capture a full range of vocal sounds in an undistorted fashion.

However, Superior Court Justice Michael McKelvey nixed a pretrial request for an order allowing the defence to use a high-quality microphone to record testimony from Gillis. McKelvey said he had no authority to make such an order in part because of a general ban on in-court audio and video recordings.

He also said it was up to Dunstan to prove the entry was illegal.

In overturning the conviction, the Appeal Court found the judge was wrong to conclude he did not have the power to order the high-quality audio recording of Gillis’s testimony — especially given the accused’s right to properly defend himself in a fair trial.

But the Appeal Court said McKelvey should have allowed the defence request for a good quality voice sample, saying the general ban on recording was largely aimed at preserving decorum in the courtroom and didn’t apply in this case. In any event, the judge had the authority to make the order sought.

In any event, the court noted, Gillis’s testimony was being recorded with a low-end microphone for normal court purposes anyway.

“The rights of an accused should not turn on the particular level of technology utilized by the court,” the court said.

The Appeal Court also agreed with Dunstan that he should not have had to prove that the warrantless search violated his rights.

Because police admitted going into the house without a warrant, it was up to the prosecution to justify the entry, particularly in light of the “air of reality” to the allegation that Gillis had made the anonymous phone call and that he or his team was responsible for the initial break-in.

The Appeal Court did stress that its order for a new trial didn’t mean it had concluded it believed Dunstan’s allegations against the officer or that he might be able to prove them at trial.

Ontario Judges, in particular Ottawa Judges, like "the Smiling Assassin" Diane Lahaie has a long record of covering up for rotten cops.

What many Ontario Judges do is "cover it up". The officer was a credible witness when the evidence was that he was professional at fabricating evidence etc.

Ontario is the worst place in Canada for judges who simply, cover up, for "rotten Cops".

like Det. Peter Van Der Zander of the Ottawa Police to fabricate evidence and get away with it, when even the judges KNOW he is a "rotten cop".