By Moira WelshInvestigative News reporter
Before his “catastrophic” head injury from an ATV accident, Kim Kevin Hunt was a Muskoka landscaper and horse aficionado with boundless energy for hiking and fishing.

In October 2011, three days after leaving hospital with what doctors described as a wasted, shrunken brain, the 50-year-old was “spirited away” by a former girlfriend for a secret wedding, giving her legal rights to his future wealth, such as his growing landscape business and home value, as well as access to his expected $1-million personal injury settlement. Kathleen Anne Worrod (also known as Katheleena) could not be reached for comment. 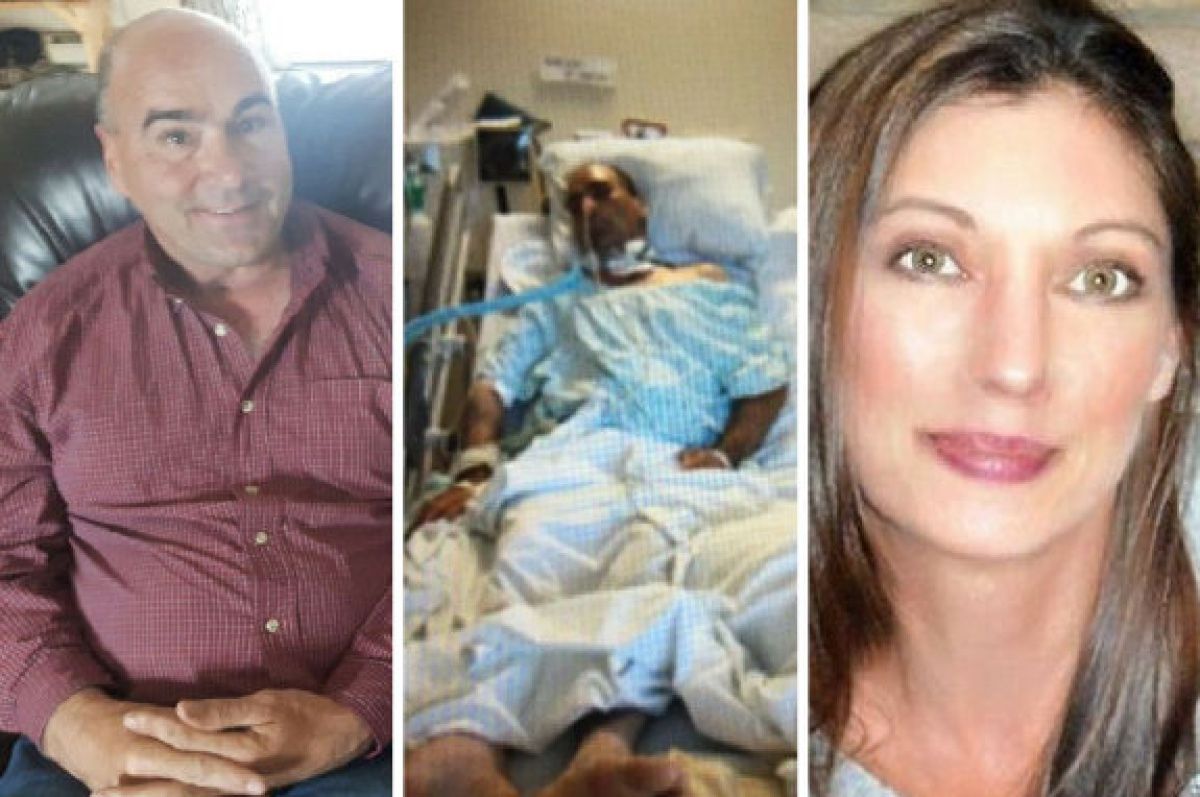 Kim Kevin Hunt spent 18 days in a coma and four months recovering from an ATV accident in 2011. Three days after his release from hospital, Kathleen Anne Worrod, right, married him.  (Photos from Justin Hunt and Facebook)

Hunt never lived with Worrod after the marriage. Police found him near Blue Mountain in Collingwood, at a motel where the wedding had taken place only hours earlier. Hunt was immediately reunited with his two sons, living with them at his house in Novar, 10 minutes north of Huntsville.

“This case is an example of predatory marriage where a vulnerable person is taken advantage of by an opportunist,” says Andrea McEwan, of Toronto’s Whaley Estate Litigation Partners, who was hired by Hunt’s family.

“Older people are often targeted, which makes this type of marriage an increasing problem in our society because of our aging population.”

In his written decision filed last month, Justice Koke rejected “in its entirety” testimony from Hunt’s former girlfriend, Worrod, and her relatives. Worrod had testified that Hunt was a healthy and willing groom, although her uncle had to be dispatched to bring him to the wedding.

Before the accident, Hunt had an on-again-off-again relationship with Worrod.

As laid out in the judgment, they met online in mid-2009 and Hunt later acted as a surety for her impaired-driving charges, although police reports noted that she violated the conditions on her court order by continuing to drink. Hunt and Worrod bought the Novar house together in April of 2010 but their relationship quickly deteriorated. Within eight months, in December 2010, they signed a “property settlement agreement” and Hunt paid Worrod for her share of the house, becoming the sole owner.

Worrod put her belongings in storage but stayed in the house, with Hunt as her surety, until June 4, 2011 — when she was arrested for breach of bail conditions related to drinking. Police reports said she had been living in a guest room, and after the arrest, she lived with her daughters in Barrie, according to her bail conditions.

The judge accepted that Hunt had bought her out of the house and officially ended the relationship before his June 18, 2011, accident.

Hunt’s accident was brutal. He was turning a corner on an ATV, hit a ditch and flew through the air, smashing his head into a tree, his son Justin said. Hunt was airlifted to a Sudbury hospital and placed on life support. 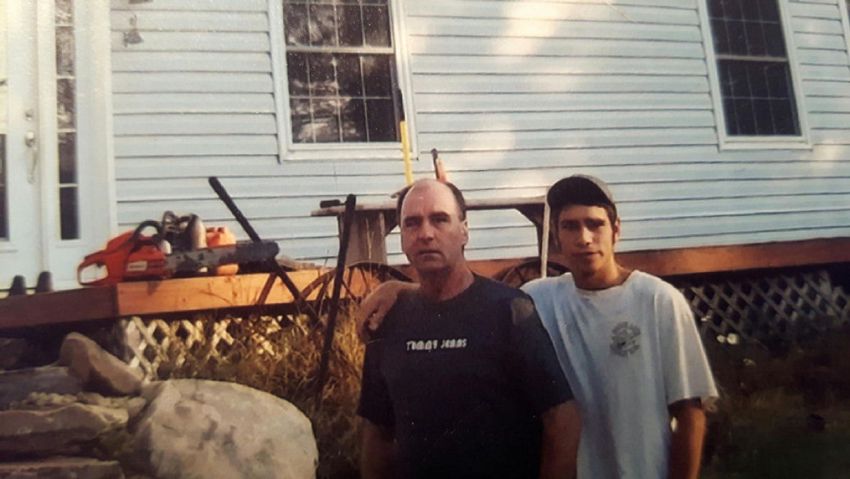 Kim Kevin Hunt and his son Brad, in September 2011, when he was allowed to visit his home on weekends while in hospital.  (justin hunt)

Immediately after the accident, Hunt’s sons, Justin and Brad, rushed to the hospital (a three-hour drive) while Worrod and her daughter drove to Hunt’s house “when she knew Brad and Justin would not be present,” the judgment said. When Hunt’s sons returned, Worrod “refused to allow them entry and declared that the house belonged to her.”

“It took police involvement to remove her,” Koke noted.

After the crash, Hunt spent 18 days in a coma. He slowly emerged and four months later was released into the care of his sons, with the expectation of a $1-million personal injury settlement. His mobility and balance were so bad that Brad slept in his father’s bed to stop him from falling.

At the time of the wedding, three days after leaving the hospital, Hunt’s vulnerability was undisputed. Seven medical experts, plus hospital staff reports, all described him as intellectually devastated, with serious physical issues, according to the decision.

One psychiatrist said “much or most of Mr. Hunt’s brain had lost tissue and shrank.” The doctor also said Hunt was “increasingly malleable and easily influenced using cuing and emotional stimulation, including sexual relations.”

On Oct. 24, 2011, the day of the wedding, Hunt’s panicked sons couldn’t find their father but tracked him to the motel through charges to his credit card, the judgment said. The boys called police, who found him, but Hunt was already married. The ceremony had taken place just hours before, at the motel.

At the time of the wedding, a clinical psychologist testified, Hunt was “extremely vulnerable, especially to reinjuring the brain and putting himself in unsafe positions.”

The agreement of the medical experts made it clear that Hunt did not have the “capacity” to marry.

In his decision, Koke issued an order prohibiting contact between Worrod and Hunt. He cited constant telephone calls from Worrod to Hunt, including a 2015 call that Justin recorded. The judgment described the call, saying Worrod “repeatedly attempted to convince Mr. Hunt that his sons were simply motivated by self-interest, and were trying to take away his business and his house.” If they were her kids, she said, she would have “hog tied them and kicked their ass all the way down the f---ing street by now.”

The decision to void the marriage is notable because Ontario’s Marriage Act allows almost anyone who is not “under the influence of intoxicating liquor or drugs or any other reason” to marry. The rules are loose, leaving little to stop vulnerable people, often the elderly with dementia, from being pressured to marry.

McEwan, the Hunt family lawyer, says the decision to void the marriage shows that courts are recognizing the rights of a vulnerable person. Her law firm, founded by lawyer Kimberly Whaley, has long pushed for updates to estate and capacity-to-marry laws.

“I think it certainly moves the law forward,” McEwan says. “It gives hope to lawyers and families alike that these marriages can be found to be void … which I think is excellent.”

Hunt’s case is unusual because most predatory brides and grooms target elderly people who are lonely or fragile because marriage immediately revokes an existing legal will. After death, the new bride or groom gets the first $200,000 and must split the rest with surviving children — although some burn through the money.

Ontario protections are lagging behind provinces like Alberta and British Columbia, which updated estate laws so that marriage doesn’t immediately revoke a will. Quebec doesn’t revoke wills nor do most American states.

It’s a caution for families, particularly when an estimated $1 trillion in inheritance is expected to be passed through generations over the next 20 years.

Graham Webb, a lawyer with the Advocacy Centre for the Elderly, says today’s aging society is sitting on huge wealth, mostly from real estate, so there’s “a lot of incentive for people to prey on cognitively impaired older adults.” 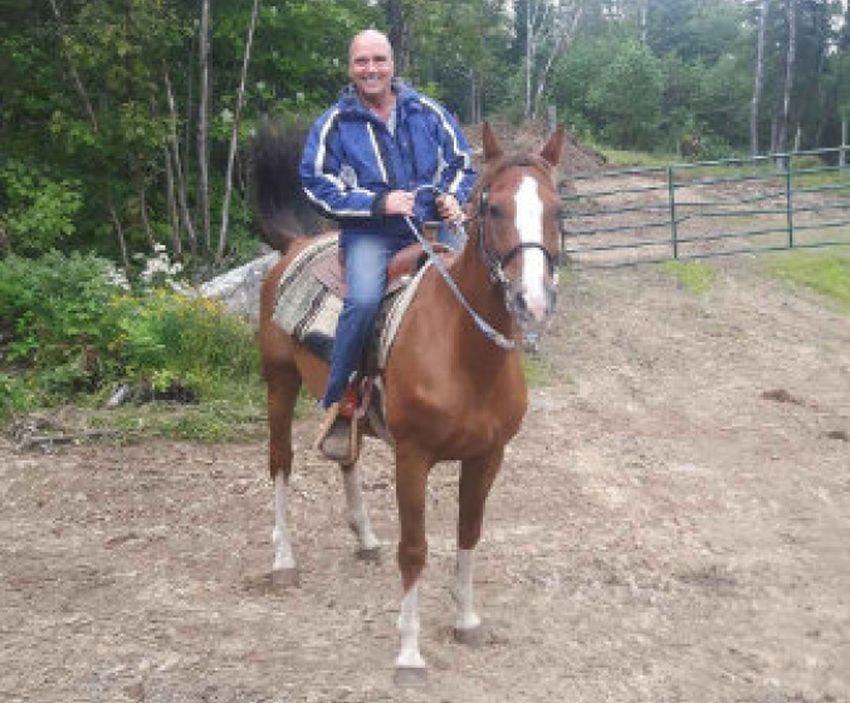 Hunt is now 56 and living with his son, Justin, 31, in the same home in the town of Novar. Brad, 27, lives nearby with his wife and baby daughter.

While Hunt testified in court, he doesn’t fully understand the outcome of the case. But his sons do.

“It’s a relief,” says Justin. ‘Nothing was worse than worrying about something for over six years, every day and night. It’s been nice not to have to worry about Dad losing his house, or not having a decent life.”

This is a typical feminist stunt by Legal Aid Ontario. Its part

and abuse by women towards men.

whose income is the proceeds of crime or, to female welfare recipients who

most of the time are making good incomes from welfare, child support and

If you have a story of legal aid abuse of power, drop us an email.