A woman who surreptitiously married her ex-boyfriend after he suffered a “catastrophic” brain injury spent six years fighting his family in court — paid for by Ontario’s taxpayer-funded legal aid system. 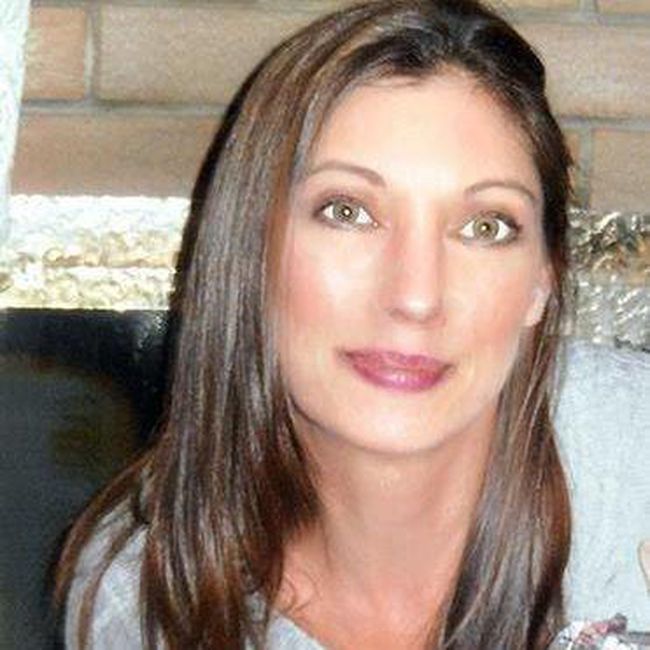 Worrod’s case forced the family of Muskoka landscaper Kim Kevin Hunt, 57, to needlessly spend hundreds of thousands of dollars of its own money on legal bills, the judge said, ruling that Worrod and Legal Aid are now on the hook.

It is the first time that Legal Aid Ontario has been ordered to pay costs in a losing case it funded. Justice Koke ordered $385,279.54 be reimbursed to Hunt’s family to help offset the expense of their court fight.

Hunt’s sons started legal action against Worrod in 2012 to have her secretive marriage to their father voided, saying he did not have the mental capacity to consent. She fought back, saying she wanted to stay married and claimed ownership of his house. 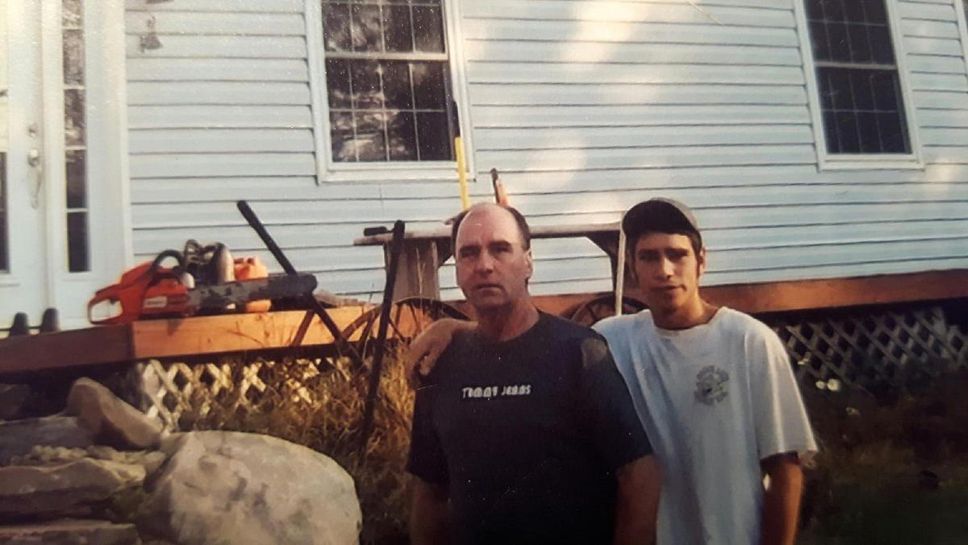 Hunt, now 57, with his son Brad, after suffering a "catastrophic" brain injury in an ATV accident in 2011.

Half of the $385,000 must be paid by Legal Aid. The judge said Worrod is responsible for the other half, but noted that she has no assets and works at a Tim Hortons in British Columbia so is unlikely to pay.

“If there was ever a case which cries out for full recovery costs against a respondent this is it,” Koke wrote in his April 17 decision. “Ms. Worrod’s marriage to Mr. Hunt was arranged through trickery and deceit.”

Legal Aid said it is not liable for costs, typically paid by legal losers to the winners. A Legal Aid Ontario spokesperson said it considers itself a “funder” of legal services, not a lawyer or “party,” to be held liable.

“We are currently considering our options in terms of next steps with regard to this case,” said a spokesperson for Legal Aid, which is funded by both the provincial and federal governments. “Legal Aid Ontario has a process when it comes to approving financing for legal aid certificates, with various checkpoints along the way. This process was followed in this recent case,” he said, adding that Worrod’s side of the case cost less than $25,000.

Koke criticized Legal Aid for placing a lien on Hunt’s home in Worrod’s name in 2012, saying it should have known then that Hunt was a “vulnerable person” because a certificate protecting the title to his farmhouse was already registered by the Office of the Public Guardian and Trustee. The certificate is a form of protection to block anyone from using his asset while Hunt remained vulnerable. “Legal Aid would have been aware that it was dealing with a vulnerable individual,” Koke said.

As well, Koke said, Legal Aid funding paid for an expert report in 2015 that found Hunt was intellectually incapable of making independent decisions. That finding, the judge said, should have triggered Legal Aid to stop supporting the case. Worrod’s defence at the trial was built on the premise that Hunt was capable of consenting to marriage.

Worrod could not be reached for comment on this story.

In his decision, Koke said, “Clearly, on the date of marriage Mr. Hunt did not have the mental capacity to consent to marriage. Ms. Worrod’s actions were careless and self-serving to the extreme.”

Though Hunt was the victim of a growing problem called “predatory marriage,” this case was unique because the predator had the financial backing of a government-funded agency, his lawyers wrote in their cost submissions to Koke this year.

The $200,000 disability payment that went toward the court case was supposed to be used for personal care, rehabilitation and renovations to make Hunt’s house more accessible.

By failing to properly monitor these costly proceedings, Koke said in his ruling, Legal Aid “contributed significantly to the hardships and challenges which Mr. Hunt and his family faced after his devastating accident, not to mention the needless waste of judicial resources.”

“If it was (Worrod’s) intention to wreak financial havoc on Mr. Hunt and his family from the security of her residence in British Columbia, she could not have found a more co-operative and loyal ally than Legal Aid Ontario.”

Koke’s harshest criticism targetted Legal Aid’s continued support for Worrod after it paid for a report by a clinical neuropsychologist who concluded that Hunt’s brain injury left him unable to make independent decisions. The report was filed in January of 2015. Legal Aid should have “terminated the funding” at that point, Koke noted, since its own expert concluded Hunt was extremely vulnerable. “Its action (or failure to act) constitutes an abuse of process,” he wrote.

Hunt nearly died from an ATV accident near his home in the town of Novar, just outside of Huntsville, on June 18, 2011. He was in a coma for 18 days and spent four months in hospital with severe brain damage, before being released into the care of his two sons, who became his legal guardians. 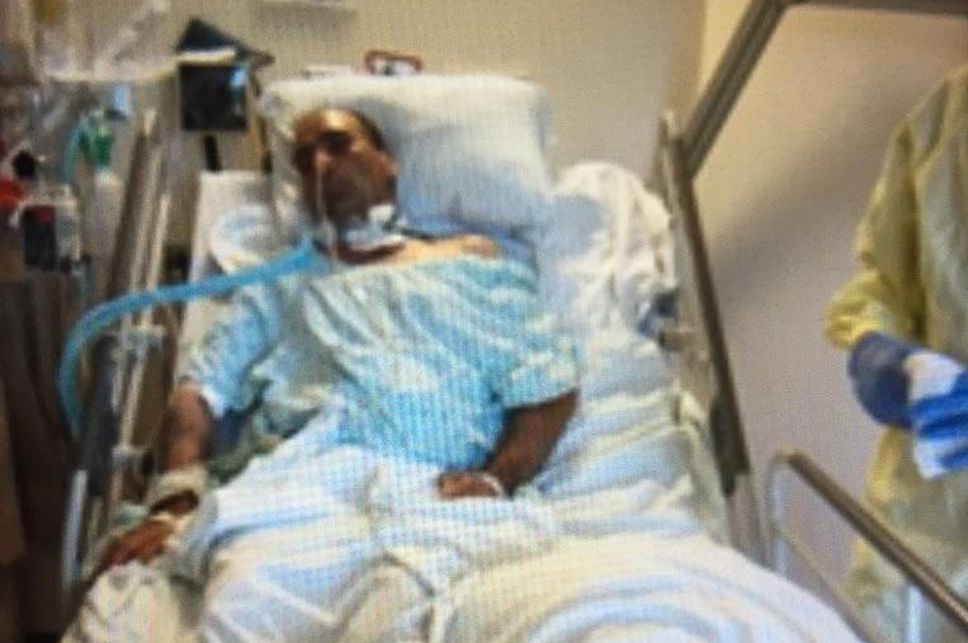 Hunt, in hospital on life support several weeks after suffering "catastrophic" brain injuries in an ATV accident. Hunt was later "spirited away" and married by ex-girlfriend Kathleen Anne Worrod. "Ms. Worrod's marriage to Mr. Hunt was arranged through trickery and deceit," the judge wrote.

Three days after he left the hospital, Worrod had Hunt whisked away for a private wedding at a Blue Mountain motel, a marriage so hastily arranged that the minister who performed it first met Hunt, with Worrod, in a gas station parking lot a few hours before the ceremony.

Marriage gave Worrod access to Hunt’s future wealth, including his monthly disability insurance payments. She also claimed ownership of his house, and was still on title, though Hunt had bought her out of her share with a signed agreement when the on-and-off couple split up before his accident.

On the day of the wedding, Hunt’s panicked sons, Justin, 32 and Brad, 28, tracked down their father to the motel through his credit card purchases. Police arrived and waited with Hunt until his boys arrived. He went home, without Worrod. She did not live with him after the wedding, so the house was never a matrimonial home. A court order later prevented her from contacting him, although the trial heard that she often ignored it.

After years of legal wrangling, Hunt’s sons went to trial last fall hoping to void the marriage and sort out ownership of the house. They won. Koke declared the marriage void and agreed that Hunt was the sole owner of his home, though the judge still needed to decide how to award court costs.

Costs are often awarded to the winning side and Hunt’s lawyers, Andrea McEwan and Amanda Bettencourt, of Toronto’s WEL Partners, requested Legal Aid Ontario be held responsible, along with Worrod and her Parry Sound lawyer, who was paid by Legal Aid. Koke did not hold Worrod’s lawyer responsible for any costs.

In reaching his decision on costs, Koke fixed the costs at $385,279, which includes HST of $39,000 along with lawyers’ fees, payment for expert reports, witness fees, process servers, court filings and research.

Worrod, the judgment said, has lived in B.C. for about two years.

If, as the Ontario court said, Worrod is unlikely to be able to pay, that means the Hunt family will recoup half the costs awarded to them, though McEwan said Legal Aid has 15 days to appeal.

Legal Aid said it gave Worrod a “certificate” that would have paid for $25,000 in legal costs, but her final bill probably came to less than that amount. “We are quite surprised by the bill for the other side,” the spokesperson said. Legal Aid lawyers work at reduced rates and limit billable hours charged to clients.

In his decision, Koke called Hunts’ lawyers fees “reasonable” because the Toronto firm has expertise in consent and capacity cases and the “heavy lifting” in proving the case fell to the Hunt family.

Money will help, but Hunt’s eldest son, Justin, said the priority is the 57-year-old’s rehabilitation. “We care and love our father and feel obligated to make his life better for him as we know he wouldn’t make it on his own,” he said.

During the six years of litigation, Worrod paid nothing out of pocket, Hunt’s lawyers said.

In effect, legal aid, “a government-funded agency, has financed the litigation of the perpetrator of a predatory marriage,” the Hunt lawyers’ submission said.

Koke’s judgment sends a clear message about the exploitation of vulnerable people, said Kimberly Whaley, senior partner at WEL Partners, who has spoken publicly about the growing problem of predatory marriage, particularly in an aging society.

“This was a very, very vulnerable person who was exploited in a time in society where we are seeing people who are vulnerable being exploited financially,” Whaley said. “The court is taking these issues very seriously.”

Legal Aid Ontario are notorious for gender bias. Men have their legal aid terminated while women who are not eligible are granted legal aid.

This story is a classic example of why Legal Aid Ontario should be disbanded as a corrupt organization.