A Toronto jury has convicted Hamilton police officer Craig Ruthowsky of four corruption-related charges after a six-week trial, including the essential counts of bribery, obstruction of justice and breach of trust.

The jurors’ verdicts mean they believed a cocaine trafficker who testified that he paid the 17-year veteran officer money in return for sensitive police information that allowed him to sell drugs in Hamilton with impunity. 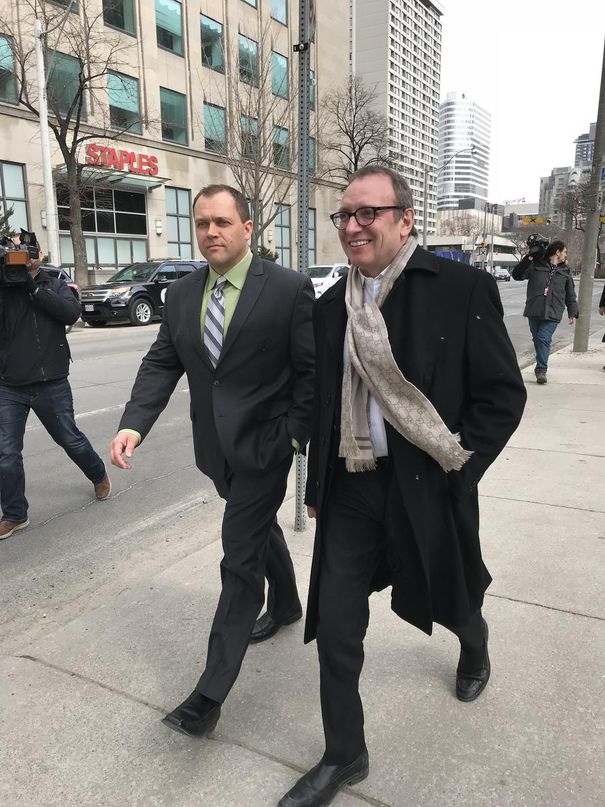 Ruthowsky, 44, was also found guilty of trafficking, the jury accepting the prosecution’s position that he took a cocaine-cutting agent to a private lab for testing, and then shared that information with the dealer, whose identity is covered under a publication ban.

Jurors found Ruthowsky not guilty of conspiracy to commit an indictable offence, which was trafficking marijuana.

The jury retired to deliberate late Monday afternoon and returned to court Wednesday just before 3 p.m. Ruthowsky looked stunned as the foreman read out the verdicts, while several family members, who had been present every day during the trial, bolted from the courtroom. Some remained during a break, either bowing their heads or weeping quietly.

Defence lawyer Greg Lafontaine told Superior Court Justice Robert Clark he plans to bring an abuse of process motion and ask that the charges be stayed. Those arguments will happen May 10. Ruthowsky and his lawyer left the courthouse without speaking to reporters.

On July 1, 2012 a constable Van T. Nguyen No. 952 Fabricated evidence that a witness saw an assault when he knew that the witness could not have been a witness because that witness arrived at the scene after the arrival of a second police car driving by a second police officer a Samuel Wayne Smith No. 880.

Cst. Smith is one of Ottawa's nastiest cops with a reputation for arresting male victims of domestic violence. He is a cowardly abuser of victims of abusers. He is also a "child abuser". This lowest form of life, arrests male victims of domstic violence who are full time parents to remove children from the care of a male and place them with a violent female. He really believes he has the power of god, and he does, because he is employed by Ottawa's largest Criminal Organization, the Ottawa Police.

It gets worse, Van Der Zander's bosses at the time were Sgt Isobel Granger and Sgt Norm Friel. It goes on, all the way to the Chief of the Ottawa Police who handed the complaint to his assistant to keep his name at least on the surface, from being tainted by this collection of Ottawa Criminals masquerading as police officers.

If you have any information regarding these criminals above, send an email to info@ottawamenscentre.com