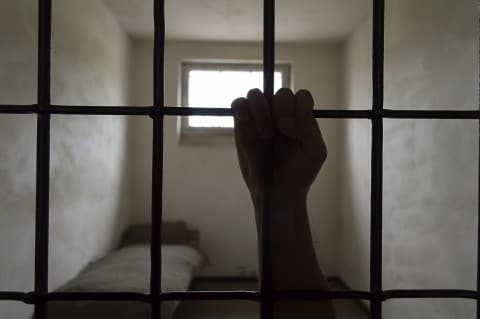 WE ALL know about the “one phone call” supposedly allowed to arrestees. Most of us are less familiar with the price gouging by prison phone service providers that renders the many calls inmates make over the course of their time behind bars a huge burden. The Federal Communications Commission was fighting in court to cap rates on those calls when they occur within a single state — until February, when Chairman Ajit Pai decided to drop the defense.

Even a believer in free-market efficiency can recognize that, in this case, the market has failed. Because prisons receive commissions from the phone companies they contract with, facilities strike deals with providers not to get inmates the best service at the best rate, but to get themselves the biggest kickback. Mr. Pai has acknowledged as much in his discussion of the FCC’s less controversial efforts to regulate rates on calls made between (not within) states, which the agency will continue to defend. Yet the problem is the same inside state lines as across them. And the FCC’s regulation of interstate rates has prompted providers to push intrastate rates even higher.

That leaves people such as Joanne Jones struggling to find room in their budgets to talk to loved ones who have been shipped hundreds of miles away. Ms. Jones tallied in 2015 that she had spent more than $1,000 over the past year on the line with her son in Texas. In some states, a 15-minute phone call can cost as much as $15 or $20 . It likely costs a company no more than 5 cents per minute to transmit that call , and probably less, according to FCC filings submitted by Lee G. Petro, the pro bono counsel for inmate advocates.

Phone companies say they need the money to offer their services securely and still stay afloat. One of those companies, Securus Technologies, was purchased for $640 million in 2013. This month, it was reportedly in talks to sell for almost $1.5 billion — hardly the mark of a business just scraping by. Prisons say they need the commissions for perks for inmates such as educational programs . But, Mr. Petro’s filings show, in many cases the cash is used for anything from guard duty to HVAC repair, or goes to states’ general funds instead. Besides, regardless of where the money ends up, it should not come out of the pockets of prisoners’ families.

The U.S. Court of Appeals for the D.C. Circuit heard the rate-cap case in February, even with the FCC refusing to defend its own regulations. Mr. Pai is right that the agency stands on shakier legal ground regulating intrastate rates than interstate ones . The court could still decide that the FCC can limit costs on both, in which case the agency should move quickly to enforce the proper price point. If the court denies the FCC that ability, it will be up to states to determine fairer regimes. But someone must do something: Inmates and their relatives literally cannot afford the alternative.

Commentary  by the Ottawa Mens Centre

Canada too engages in an almost identical extortion of money from relatives of those incarcerated.

Bear in mind this extraordinary callous punishment is done with the full knowledge of the Federal and provincial governments who make a fortune out of this blatant fraud and extortion.

A local call is charged as "a  collect call", around $1.50 with up to $2:00 a minute for what they call "long distance", thats right, ancient old CRTC rates for long distance that existed after the second world war are still used to bill those making "collect calls" that almost noone still makes except for prisoners, and most of those have not been found guilty of a crime.

Many are innocent and its just another way of isolation, cruel and unusual punishment especially to those innocent of anything who are locked up in concrete boxes 24 hours a day without exercise of any note or educational activities, or counselling and generally, without the medications they need.

In Ontario, its some of the worst jails in the western world, a minority of guards engage in terrorization and abuse of prisoners.  There is no point in naming the institutions in Ontario. Just assume that every "correctional institution" is has their share of extreme abuse.

At the end of the day its the Provincial Minister who holds the responsibility and we can assume that the new Conservative minister will not raise a little finger and that things will get worse for Ontario Justice rather than better.

The conservatives count of the vote from the worst abusers, and turn a blind eye to the enormous costs of turning that blind eye.

Examples, it can cost $400,000 to incarcerate a single prisoner who may be there because the Ontario Government has a a policy, "life time bans on legal aid" that are issued at the drop of a hat, upon secret information for which there is no disclosure or accountability.

This is due to the apathetic attitude of Liberal, NDP and now Conservative Provincial Governments.