Mcrae in the jail he hates, waiting to be sentenced for killing his sleeping son 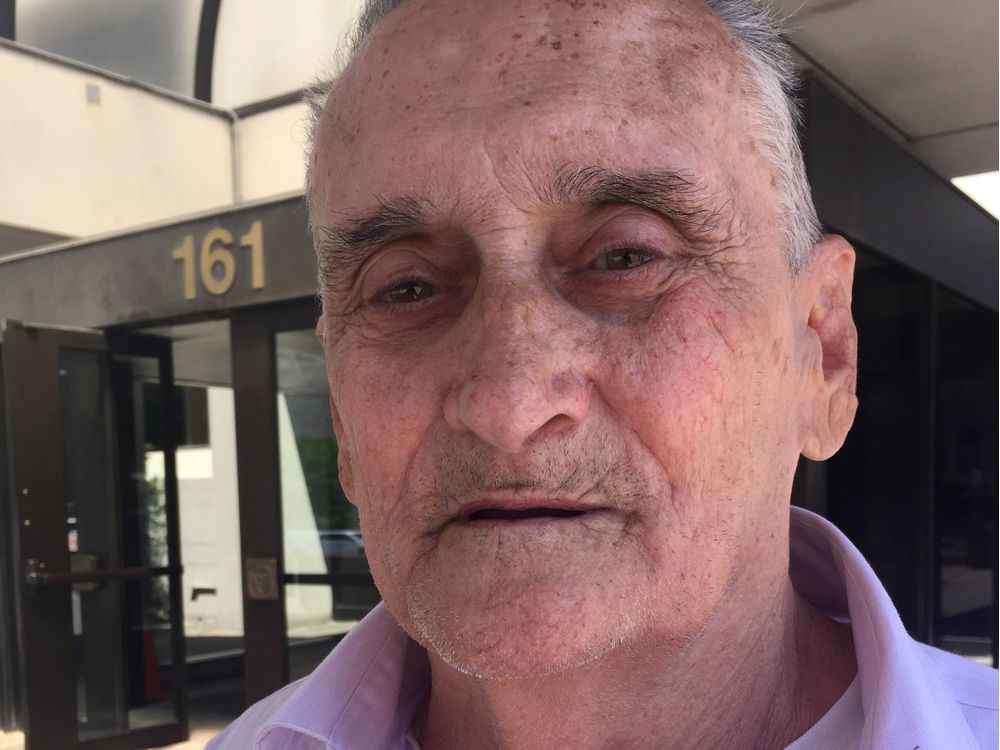 John Mcrae spent his last weekend as a free man with his grandchildren at a barbecue in the backyard of his Orléans home.

He wanted to spend as much time with them because a jury was days away from deliberating the killer’s fate.

John Mcrae, 73, slit his son’s throat as he slept off a day of drinking on the living room couch on July 7, 2015. He was fed up with his angry, always-drunk son and figured he’d be better off dead. Even told the neighbour his son deserved it.

He didn’t run from police but rather waited for them, and later confessed. And he didn’t hide the bloody knife he used to kill 51-year-old Michael Mcrae.

He pleaded not guilty and claimed that he killed in self-defence after years of elder abuse. He took the stand in his own defence and said he feared his son so much that he slept with a baseball bat.

But on Thursday, after two days of deliberations, the jury in his second-degree murder trial didn’t buy his story and found him guilty.

McRae’s bail was revoked after the verdict. He was led away in handcuffs as his daughter, the sister of the victim, cried.

Mcrae was escorted to his least favourite jail Thursday evening on an empty stomach. He hadn’t eaten since breakfast (three chocolate Timbits and a small double-double). He skipped lunch and stayed close to the court as he awaited his fate. When he arrived at the Innes Road jail, they offered him reheated frozen salmon and rice.

He said he hated everything about the place. “I wouldn’t give that place to anyone,” he told this newspaper.

His defence lawyer Joseph Addelman asked the judge to keep him on bail given his ailing health, but the judge rejected the request while acknowledging the Ottawa jail is not the best place for the killer.

Mcrae will stay at the Ottawa-Carleton Detention Centre until he is sent to a federal prison. The judge now has only to decide how many years Mcrae has to serve before he can apply for parole. The jury recommended 10 years before parole eligibility.

Mcrae told this newspaper that he much prefers federal prison over the Ottawa jail. (He did federal time for holding up a gas station with his son in 1993.)

In the successful prosecution — led by Assistant Crown Attorneys Marie Dufort and John Ramsay — Mcrae was cast as a man bent on revenge because he could no longer beat his son in a fight and was angry over his son’s unpaid rent (they shared an apartment in Orléans).

The investigation, led by Ottawa police detectives Guy Seguin and Richard Dugal, and evidence shown to the jury included a confession given to Det. Kevin Jacobs in a videotaped interview.

It was an uphill climb for the defence. Addelman pleaded for the jurors to acquit Mcrae on the grounds of self-defence or at least find him guilty of the lesser charge of manslaughter.

In the end, the jury convicted Mcrae, who was a combative witness under cross-examination by Ramsay.

He was portrayed as a cold man who had yet to shed a tear or express remorse.

Mcrae told the jury that he cries about it at night when he’s trying to sleep. (He tossed and turned in the eve of the verdict.)

He said he loved his son and feels awful about the killing. He said he doesn’t show it in public because he was raised to never show fear or weakness.

He told this newspaper he fears dying in prison, alone.

that he "Even told his neighbour that he deserved it"

If ever there was a classic statement of a psychopath, that's a doozy.

Then, we have the second example of a psychopath's statement

"He claimed it was self defence" , yes, he waited till he son was dead asleep

and then cut his throat.

The Third is the last its even better. He claims that he is "afraid of dying in Jail"

That looks like the biggest of them all. He wanted to go to the Federal pen,

Joe Addelman really had to work hard on this one. But that will help him

with a couple of chocolate Tim bits and a small double-double.

Which makes you wonder about another psychopath, one of