When McGill student Eric Abramovitz won a scholarship to study with a prestigious L.A. professor, Jennifer Lee began a ‘despicable’ scheme of fake emails to stop him 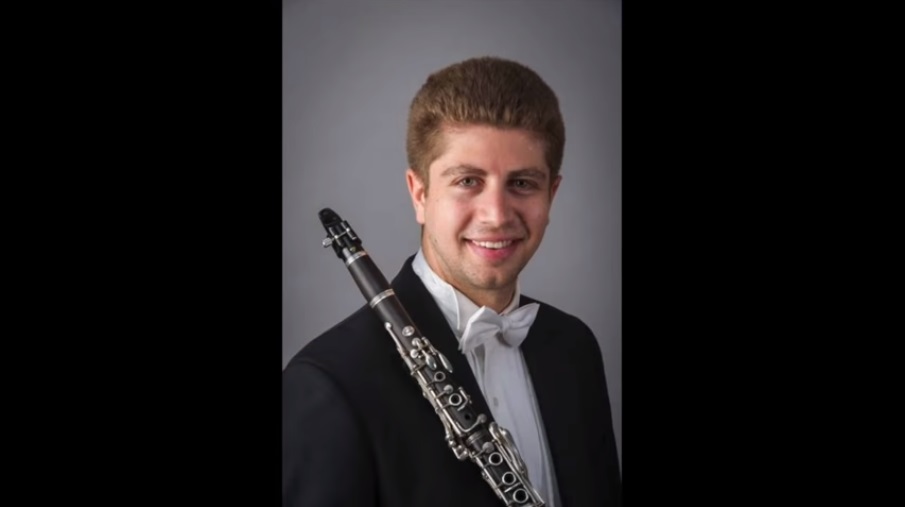 A McGill University music student who impersonated her clarinetist boyfriend on the internet to sabotage his career and prevent him from moving away from her apartment in Montreal has been ordered to pay him $375,000 in compensation.

A judge has found this “despicable interference” in the boyfriend’s musical career was a deep betrayal that robbed him of “a unique and prestigious educational opportunity, one that would have advanced his career as a professional clarinetist.”

Jennifer Jooyeon Lee and Eric Abramovitz met at McGill’s Schulich School of Music in September 2013 and started a romantic relationship almost right away. By October, he lived in her apartment, and trusted her so much that he let her use his laptop, and gave her his passwords.

Both were accomplished musicians, she in flute, he in clarinet, for which he had won several competitions and been featured on CBC Radio 2.

That winter, Abramovitz applied to finish his degree under Yehuda Gilad, a top professor of clarinet at Colburn School in Los Angeles, part of the University of Southern California. This was a career goal for Abramovitz, to learn from the best, and after flying with his parents to L.A. to audition for one of just two spots, he was told to expect an answer by April 1, 2014.

"I knew that something underhanded was afoot"

As it turned out, Abramovitz won the spot, and a full scholarship to study with Gilad. School officials emailed him to say so, but Lee intercepted the email. Posing as Abramovitz, she wrote back to decline the offer, saying he would be “elsewhere.” Then she deleted the offer email.

Abramovitz would likely have eventually followed up with the school, not having heard anything himself. But there was another step in Lee’s deception. She created a fake email account in the name of the famous clarinet professor — giladyehuda09@gmail.com — to send a new fake offer email, purportedly from the professor.

“In this fake email, Ms. Lee wrote that Mr. Abramovitz had not been accepted at Colburn,” the judge wrote in his decision. Instead, the email offered him a different spot at USC under Gilad’s direction, but with only a modest scholarship of $5,000. Abramovitz would still have to pay fees of about $46,000, plus living expenses, which Lee knew he could not afford.

“She apparently did these things so that Mr. Abramovitz would not leave Montreal, and instead would stay in Montreal and remain in his relationship with her,” Judge David Corbett of Ontario Superior Court ruled.

Abramovitz was “completely taken in by this deception,” the judge found. He accepted the missed opportunity, finished his bachelor’s degree at McGill, and eventually took a less prestigious graduate certificate at USC, in which he had some interaction with Gilad, about an hour a week, but far less than he would have had under his original scholarship.

Gilad swore an affidavit in support of

“I am certain that had Eric not been robbed of his opportunity to study with me two years earlier, he could already have won an audition and been commanding this respectable salary two years earlier,” Gilad said in an affidavit. “I am very frustrated that a highly talented musician like Eric was the victim of such an unthinkable, immoral act that delayed his progress and advancement as an up-and-coming young musician and delayed his embarking on a most promising career.”

In an interview, Abramovitz explained how he discovered the ruse months later, long after his relationship with Lee ended in September 2014 for unrelated reasons.

It was at his second audition before Gilad, in which they had a brief and strange interaction, when Gilad said, “Why did you reject me?”

It was a fair question. As Abramovitz put it, “You don’t reject him.” But having done nothing of the sort, Abramovitz asked in return, “Why did you reject me?”

They could not sort it out then and there, but over time, the wonder lingered. Another student of Gilad’s asked him about it. Eventually, Abramovitz forwarded the fake email to Gilad, who replied: “I’ve never seen that in my life.”

“That’s when I knew that something underhanded was afoot,” Abramovitz said. One day in 2015, he and a friend set about trying to gain access to the fake email account, and because Abramovitz and Lee once shared a computer, he knew one of her passwords, which he tried.

“Miraculously, it logged right in,” he said. Her email was listed as the recovery email, her phone was the recovery phone. “We felt like Sherlock Holmes.”

Abramovitz also said she did a similar thing involving fake emails with his successful application to the Juilliard School in New York, causing him to decline it.

He said he is not certain he will be able to collect his damages, as he does not know where she is and she has blocked him on social media.

Lee could not be reached. She did not appear at the proceeding that led to this default judgment against her. Much of the ruling is taken up with the judge’s decision on why the case was properly heard in Ontario, Lee’s primary residence, and not Quebec.

The damages she must pay him are for “loss of educational opportunity and loss of income caused by redirection of Mr. Abramovitz’s career resulting from Ms. Lee’s wrongful conduct,” the judge wrote. Ambramovitz also sued for loss of reputation, and although the judge decided there was some, he decided his scathing ruling would more or less solve that problem by pointing out Abramovitz was found worthy of the opportunity to study with Gilad, and it was entirely Lee’s fault that he did not.

“Imagining how his life would have been different if he had studied for two years under Mr. Gilad, and earned his teacher’s respect and support, requires more speculation than the law permits. One hears, particularly in the arts, of the ‘big breaks’ that can launch a promising artist to a stratospheric career. I cannot speculate as to how high and how quickly Mr. Abramovitz’s career might have soared, but for the interference by Ms. Lee.  But the law does recognize that the loss of a chance is a very real and compensable loss.”