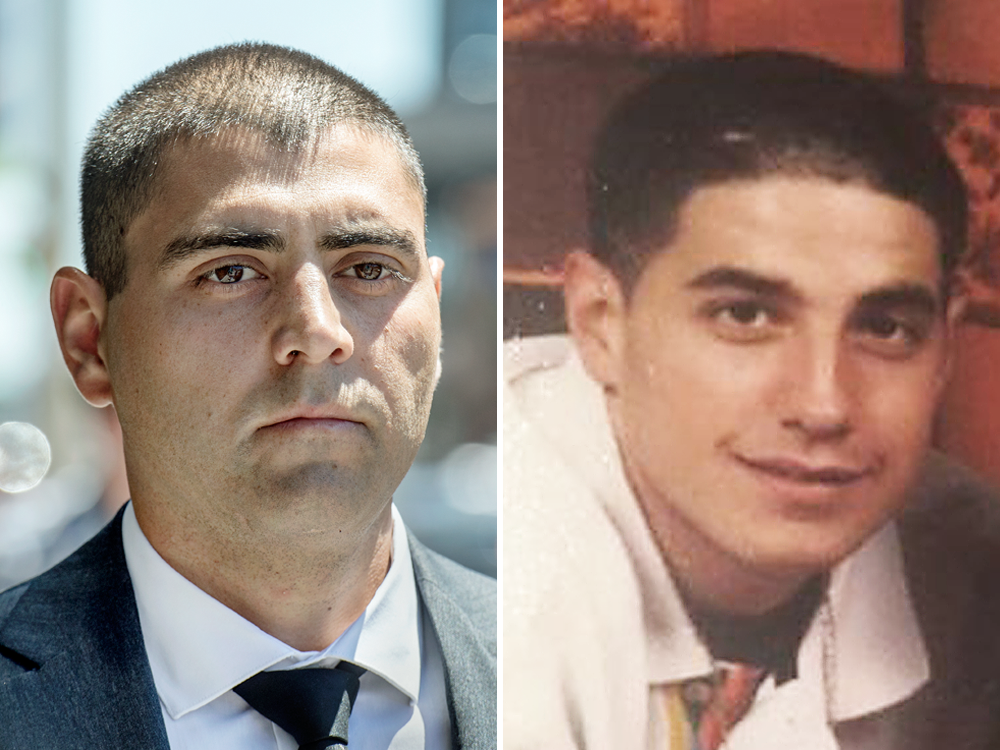 he case bore some resemblance to the shooting death, also in 2016, of another Indigenous man, Colten Boushie.

Both involved white accused people (Khill, though he looks mixed-race or brown-skinned, and Saskatchewan farmer Gerald Stanley) and dead Indigenous people. And both cases ended with acquittals.

In February, Stanley was acquitted in Boushie’s shooting, a verdict that outraged many.

Critics said that the defence lawyer for Stanley had used his peremptory challenges to weed out the visibly Indigenous from the jury pool.

These are challenges given in equal number to defence and prosecutor that allow them to disqualify a juror, without reason, simply because they don’t like the cut of his or her jib; thus the term “peremptory.”

Lawyers get minimal information about those in the jury pool, just the basics such as age, address and profession. And for every lawyer who, say, loves teachers on his jury, another will loathe them for no reason he ever has to explain, and challenge every teacher in the array. And so on.

The Boushie family had a meeting with the federal justice minister and Prime Minister Justin Trudeau almost immediately after that verdict was in and soon enough, the federal government was proposing sweeping changes to the jury selection process (chiefly, to do away with peremptory challenges).

But there’s another sort of challenge too, called challenge for cause. It wasn’t used in the Stanley case.

The “cause” is usually racial bias or pre-trial publicity, and this challenge allows for a very limited questioning of prospective jurors, such as was used in the Khill trial, where candidates were asked if the fact that Styres was Indigenous and Khill was white would preclude them from judging the case impartially.

Three prospective jurors actually disqualified themselves this way. Those who said they’d be unaffected swore an oath to that effect.

And finally, where the police investigation was criticized in the Boushie case (for the way the family was treated and the alleged handling of some evidence), it wasn’t in the Khill trial. Indeed, in the Hamilton case, prosecutors Steve O’Brien and James Nadel and the police on the file were vigorous and entirely excellent.

(I was in Korea when the Stanley trial happened, wasn’t there in other words, and thus have only ever commented upon the political reaction to the verdict.)

Yet the same day as the Khill verdict came down, Six Nations Council and its chief, Ava Hill, were criticizing it — “How can Indigenous people have faith in the relationship with Canada when the justice system fails to hold anyone accountable for the taking of a life?” Hill asked — and calling for an appeal.

“The trial proceeded with a number of questionable moments including the exclusion by the judge of a long interview that Peter Khill gave to the police shortly after he was arrested and the use of “lay opinion evidence” to testify to the effect of military training of Khill,” the statement read.

These weren’t “questionable moments,” but rather perfectly ordinary parts of any criminal trial.

The long interview with police was a cautioned video statement that the judge ruled inadmissible (because he said it wasn’t entirely voluntary) and which was entirely exculpatory in any case.

If the jurors had seen the interview, if anything, it might have rendered them more sympathetic to Khill because he was so clearly torn up by what he’d done and because he appeared to be such a decent, and genuine, young man.

And the constraints the judge put upon the expert — a psychologist who said that military training, because it was so repetitive, could endure for years — were such that the man testified for a total of 24 minutes. His evidence, frankly, was inconsequential.

There was a column in Thursday’s Toronto Star, headlined “What role did racism play in verdict?” about the Khill trial.

Written by Shree Paradkar, the piece said blithely of the Khill verdict, “It’s unclear what about this entire scenario suggested lack of guilt” and suggested “Underlying all of this is the race factor.” (There were also serious factual errors in the piece, some attributable to the Indigenous lawyer Paradkar quoted, some to Paradkar herself, as when she wrote “It’s also not clear what Styres was doing on Khill’s driveway.”)

I attended most days of the trial, and where I missed a couple, I got the judge’s rulings.

When I wasn’t there, colleagues were. No one remembers Paradkar turning up. Not once.

It was actually quite clear what suggested lack of guilt; that would be the law on self-defence.

It was also clear, and admitted by prosecutors, that Styres already had broken into Khill’s truck when he was shot (though Khill said, and the jurors accepted, that he shot not to protect the truck but because he believed, incorrectly, that Styres was about to shoot him).

It was equally clear that race was not a factor in the verdict; that would be the challenge for cause process used in this case and, more generally, the fact that jurors tend to take their responsibilities seriously.

Sometimes, it pays to be there, or at least poke your nose through the door.

at detecting consummate actors.  Christie as usual is probably a far better judge

the judges chambers in Hamilton.

While Peter Khill had a dam good defence lawyer in Jeffrey Manishen, the same cannot be said for many hundreds if not thousands of accused of unrepresented male accused  who have for generations have been passed the judicial grinder at Hamilton.

between going to jail and going home.

It makes the Hamilton Court house, in fact every courthouse in Canada like the Ritz Hotel

except you don't pay to stay, you pay not to stay.

choose to become lawyers and then worst of them get well, hand picked to become Judges.

One of the classic traits of these psychopaths is their lack of empathy. It makes you wonder

what kind of abuse their parent did to them when they were children.

The lack of empathy is when they choose, to play the game that poor people who can't afford a

heavy retainer deserve to be in jail because they don't pay their dues to the legal cartel.

Judges choose to be the sargents of arms of the largest criminal cartel in Canada,

making sure that the maximum possible number of people are "encouraged" to use a lawyer.

when Legal Aid refuse, deny or issue what is known as "Life Time Ban's on legal aid".

These "bans" often result from dubious "information" supplied by, "the complainant" who

more often than not is a pathological liar, extremely violent and devoid of credibility.

But that "credibility" is well, as observed by a judge.  Absent specific training like being a

graduate of the FBI, judges have the same chance as anyone else of spotting a liar or making

accurate assessments when it comes to credibility. This case is a classic case, of a judges inability to accurately relate the observed demeanor with the facts or the witnesses.

At the end of the day, no one really cares, unless you are a total idiot like Justin Trudeau

who has yet to learn that politicians do not tell judges what to do.

But our Judges get to play politicians very well. They do it every day when they

to assistance of counsel.

Canada is literally around 55 years behind when it comes to ensuring fair criminal trials in Canada.

Most of would not have a clue about a pair of characters called Clarence Earl Gideon and Louie L. Wainwright.

It's enough to make Rosie start groaning in his grave.