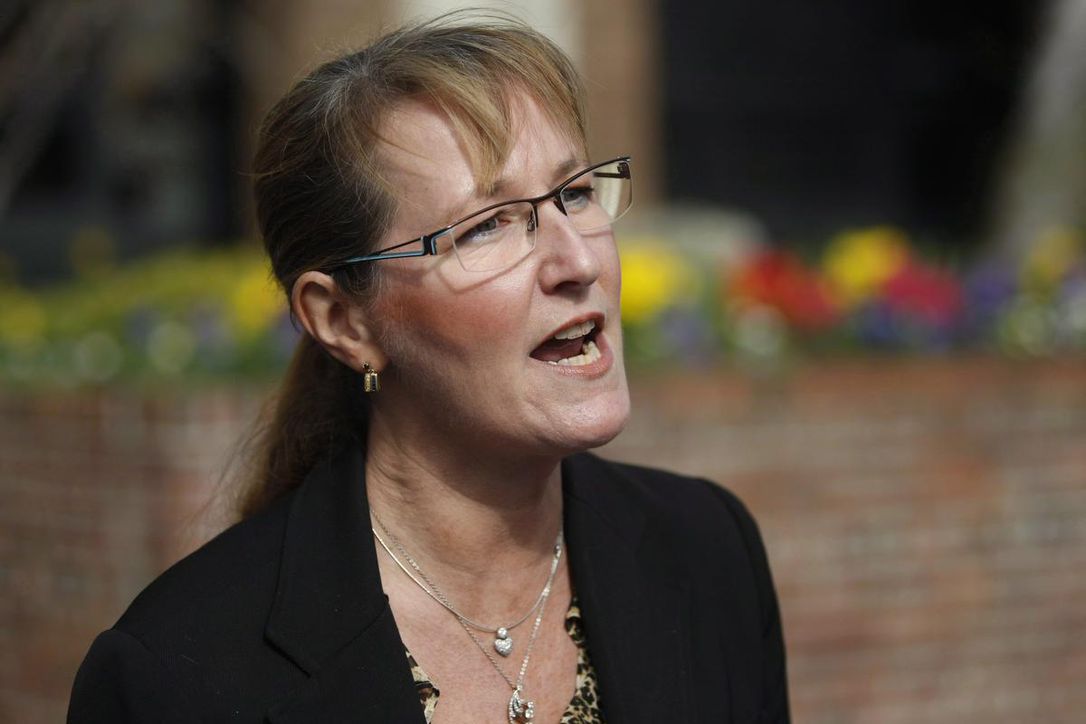 VANCOUVER—Former RCMP officers who suffered sexual harassment and bullying on the job are grieving the suicide of an ex-Mountie who advocated for change within the force they say ruined so many lives.

Catherine Galliford, who was one of the first Mounties to speak out about her experiences at the hands of fellow officers, said she was devastated to learn that Krista Carle, with whom she graduated from Depot division in Regina, had taken her own life.

Former RCMP officer Krista Carle took her own life earlier this week. Carle and several other officers sued the RCMP in 2003, alleging sexual harassment on the force.  (Chad Hipolito / THE CANADIAN PRESS)

A photo shows Galliford, Carle and seven other female graduates wearing red serge on the day they graduated in 1991, years before several of them would be leaving their jobs because of sexual harassment or sexual assault.

“I had a breakdown a couple of nights ago and kept on saying to my partner, ‘I was right here, I was right here. Why didn’t she phone me?’ ” Galliford said Tuesday. “We were like sisters. We lived together for six months in Depot. We both went through harassment and I don’t know what happened.”

Carle worked for the RCMP for 19 years but took medical discharge in 2009 following sexual harassment on the job in Alberta, before she moved to British Columbia.

Galliford said she received a call from Carle’s sister last Friday saying that the former Mountie killed herself on Vancouver Island, leaving behind two teenagers who were being raised by their father because of her post-traumatic stress disorder.

“I was going to call her the day before and I didn’t. And I’m wondering if I could have made a difference.”

Carle is being remembered by other former RCMP officers who filed lawsuits against the force as an outspoken advocate for a cultural shift within an organization they say seems to have its own rules for conduct that should not be tolerated.

Galliford, who settled a lawsuit with the RCMP last year, said the force operates within a “rape culture” that must be fixed. She said she and others are upset about Commissioner Brenda Lucki’s recent comments that she doesn’t think things are necessarily broken.

Galliford said that while it’s impossible to know what pushed Carle over the edge, Lucki’s statement would not have been helpful to someone who’d worked so hard to have the force address serious issues.

“I don’t know, but I was very good friends with Krista and I had no indication,” Galliford said about the friend who seemed to be doing well. “But (the commissioner) made that statement, and we’ve been trying to say for a decade, ‘No, it’s broken.’ ”

Galliford said Carle apparently lost her will to live against the “PTSD demons” after daily harassment that went on for years, starting with graphic pornography left among her belongings, lewd questions about her personal life and forcible kissing.

She still struggles with her own PTSD symptoms, Galliford said, adding she’s terrified of RCMP buildings.

“I don’t think anybody has any concept of how bad the harassment is in there. When you are being harassed or thrown up against a wall and having your crotch grabbed, who do you go to?”

Janet Merlo, who also graduated with Carle, said she was shocked to hear the Mountie who was the calmest among their graduating group had taken her own life.

“There were days when we were all stressed out during basic training and she was the cool, calm one who just talked us through it,” she said from St. John’s, N.L.

“We became closer over the last years with all the lawsuits and lawyers and telling our story, which brought us closer and closer. So it’s a devastating shock to know she’s not going to call again,” said Merlot, who was the lead plaintiff in a B.C. class-action lawsuit against the RCMP.

Merlo said Carle’s is the third suicide of former female Mounties that she knows of, but there are many more who’d put up with public ridicule for coming forward.

“One comment that came out online was that I was too ugly to have been harassed,” Merlo said, adding Lucki’s recent comment about the force not needing to be fixed was a “kick to the belly.”

Rob Creasser, a former RCMP officer and group spokesman for the Mounted Police Professional Association of Canada, said Carle’s suicide won’t be the last if changes aren’t made soon.

Creasser said the force has had dozens of opportunities to change its “toxic” culture, and he placed a lot of blame on the federal government, which has failed to act on reports commissioned about the RCMP’s workplace.

“In addition to speaking out against insidious harassment she experienced during her time with the RCMP, she was also a source of strength and support for countless other victims,” he said. “Her courage and compassion will not be forgotten, her efforts to spur reform will succeed.”

(With the greatest respect and no relevance to Krista Carle, her family and associates, this commentary is greater of importance)

The allegations of Krista Carle if true, speak volumes for the scant regard of narcissistic psychopaths who gain pleasure out of terrorizing others. It's a modern occurrence, thanks to the behaviour of people like Donald Trump, who bragged about grabbing female crotches. It's not just male abusers. Female abusers with absolute power engage in their own similar but different behaviours that can be just as damaging.

It's also a modern trend to make false allegations of abuse which now results in incredible numbers of convictions based on a "she said". If a male even suggests that a female engaged in violent or abusive behaviour, the police will fabricate charges against a male as a response.

In fact, Police fabricate charges to NOT charge violent women as did three Ottawa Police offices as referred to below. Now to comment on this article.

Police in Canada should also show some concern for the thousands of suicides of men across Canada who kill themselves because scumbag rotten cops fabricate evidence, and obstruct justice.

Alongside this POS is , Samuel Wayne Smith, Badge No. 880 and then there is Van T Nguyen. These three "rotten cops" fabricated evidence together to ensure a child continued to be abused.

Going up thru the chain of their command is Norm Freal, all the way to the Chief of the Ottawa Police who is at the head of this state funded criminal organization.

If you want to find Criminals in Ottawa, just visit Ottawa Police Headquarters, and ask for the worst of the worst, Peter Van Der Zander