Rick Gates, Wilbur Ross and the lure of Trump corruption 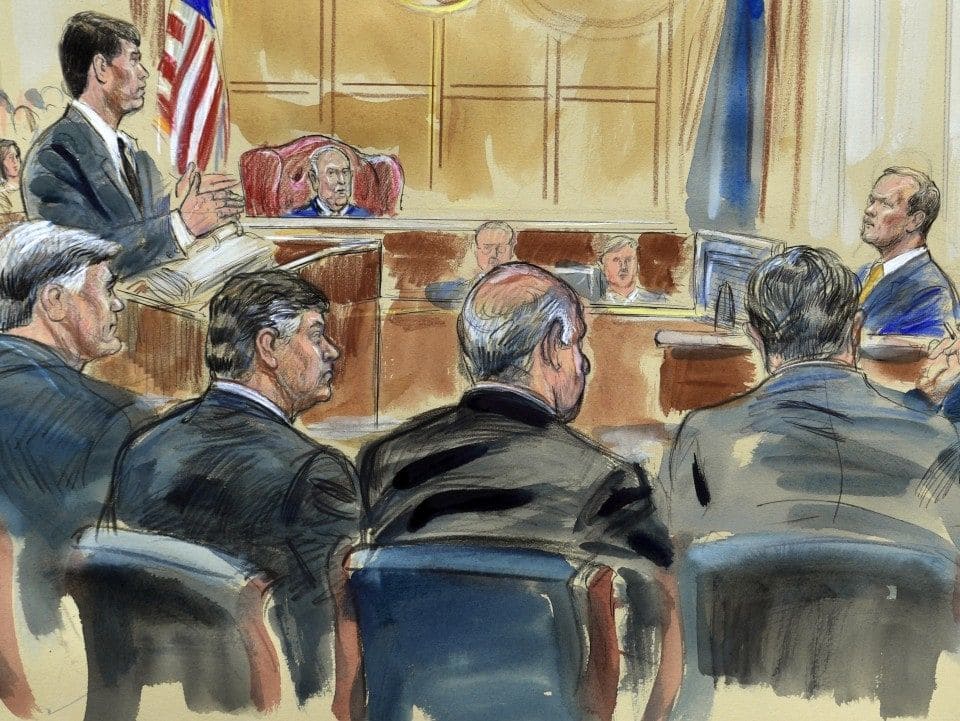 Anyone who has ever interviewed for a job knows that one of the questions those on both sides of the process ask themselves is: Will this be a good fit? The employer wonders if the prospective employee is the same type of person as those already working there. Does she share our values? Get our jokes? See things the way we do? And the interviewee asks herself: Will I feel comfortable here? Are these my kind of people?

Though those questions are often a vehicle for discrimination, they’re also perfectly natural. And they get asked in workplaces as small as a boutique lobbying firm, or as large as the federal government. In today’s news, we see two prime examples of how people of like mind attract one another. Especially those who are corrupt, or even criminal.

Rick Gates takes the stand again today in the trial of Paul Manafort, after an afternoon of testimony yesterday in which he detailed not only a number of crimes he says he committed at Manfort’s behest, but other crimes he committed all on his own, including embezzlement. Manafort’s defense is that though he was the boss, everything he’s accused of was actually Gates’s fault, and he had no idea what kind of unscrupulous and illegal behavior his subordinate was up to.

But those familiar with Manafort — long known as the man to see if you were a brutal dictator looking for a lobbyist in Washington — aren’t particularly surprised that Gates, who by his own admission was willing to commit various financial crimes, would have looked at Manafort and said, “That’s the guy I want to work for.”

Which brings us to President Trump, the man they both worked for when he was a presidential candidate. There’s an extraordinary story just out by Dan Alexander of Forbes magazine, detailing allegations against Wilbur Ross, Trump’s good friend, whom he installed as secretary of commerce:

Over several months, in speaking with 21 people who know Ross, Forbes uncovered a pattern: Many of those who worked directly with him claim that Ross wrongly siphoned or outright stole a few million here and a few million there, huge amounts for most but not necessarily for the commerce secretary. At least if you consider them individually. But all told, these allegations — which sparked lawsuits, reimbursements and an SEC fine — come to more than $120 million. If even half of the accusations are legitimate, the current United States secretary of commerce could rank among the biggest grifters in American history. […]

Those who’ve done business with Ross generally tell a consistent story, of a man obsessed with money and untethered to facts. “He’ll push the edge of truthfulness and use whatever power he has to grab assets,” says New York financier Asher Edelman. One of Ross’ former colleagues is more direct: “He’s a pathological liar.”

That certainly sounds familiar, doesn’t it? (Ross has denied such allegations.)

As I’ve argued before, Trump is not merely someone who skirts around the rules now and again; he may well be the single most corrupt major business figure in America. He’s someone who operated pyramid-like schemes and con jobs like Trump University targeting struggling people, who exploited foreign workers and used illegal labor, who refused to pay small-business people he bought goods and services from, who did business with the mafia and kleptocrats from the former Soviet Union, whose “foundation” was allegedly a scam, and whose properties are for some reason a prime vehicle for Russian oligarchs and mobsters to launder their money.

When we see a character like Michael Cohen paying off Trump’s alleged mistresses and doing sketchy influence-peddling, we don’t say, “How could Trump have had such a person working for him?”, because he’s exactly the kind of person we expect Trump to have had working for him.

In some cases, that may mean actual criminals are eager to work for Trump, while in other cases it means he attracts people whose ethical standards are, shall we say, flexible. You get people like former EPA administrator Scott Pruitt allegedly engaging in an almost comical series of small-time acts of corruption, or Secretary of the Interior Ryan Zinke compiling his own lengthy list of mini-scandals. Neither of them are likely to go to jail, but they’re operating within the Trump spirit.

The president, especially this president, may know very little if anything about most of the people in his employ. But the administration will be a reflection of the man. It isn’t an accident that Barack Obama’s administration had no major scandals, and the minor ones like Solyndra almost all turned out to involve no genuine corruption, despite the hyperventilation with which they were initially greeted by Republicans. It was obvious to everyone that Obama was an ethical person, which meant not only that other ethical people wanted to work for him, but also that within the administration there was no suggestion that unethical behavior would be tolerated.

But when the president is monetizing the Oval Office with his hotel down the road, pardoning right-wing delinquents like Joe Arpaio and Dinesh D’Souza, demanding that an investigation into his campaign be shut down, arguing that colluding with a hostile foreign power in its attack on the American electoral system isn’t illegal, and generally being, well, Donald Trump, what’s the message being sent to the people who work for him, or the people who might want to work for him?

Just as Gates apparently decided that since he and Manafort were breaking all kinds of laws already there wouldn’t be much problem with padding his expense reports to squeeze some extra cash out of his employer, plenty of people around Trump are likely to say to themselves, “Everyone’s on the take around here, so why can’t I get a little taste for myself?”

Which is why there are going to be many, many more stories of Trump administration corruption that will be revealed by the end of this presidency. It’s only getting started.

Paul Waldman of the Washington post is one of the most articulate writers, I've ever seen.

This article explains  how and why, criminals associate with each other. Its a very accurate portrayal of how Judges in Ontario are selected for political purposes by the criminal minded politicians who have zero concern for principles of justice.

These criminals , former lawyers for the Children's Aid Society of Ontario who are selectively chosen for their criminal motivations to engage in lifetimes of obstruction of justice.

It describes the Ottawa Police, their culture of criminality, of how and why the worst criminals are chosen to be police officers where they spend their careers, not fighting crime but engaging in it.