A mother and her children fled into hiding, avoiding police for three years. For the first time she tells the story of how she did it, and how she was caught. 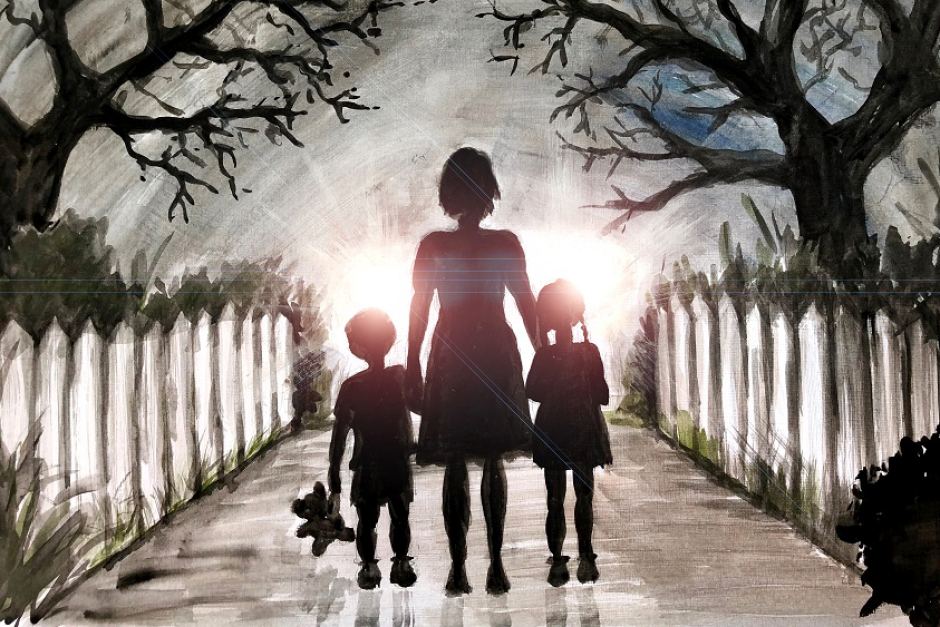 They made their escape when it was dark.

Kate* and her two children, William and Ally, jumped into a car driven by someone they barely knew. As it sped off, they pulled a sheet over their heads and cowered in the back.

When the car stopped, they got out, climbed into another vehicle and the sheets went over them again until they arrived at an isolated rural property hours later.

It would be their home for the next few months before it came time to move again.

The children were barely reading age, but they got used to the drill. During the next three years on the run, they changed homes six or seven times.

Kate claimed she was fleeing domestic violence and protecting her children from emotional and physical abuse by their father, Gabriel.

Gabriel has always denied the allegations, which were also disregarded by the Family Court.

The court had ordered custody be shared equally between the parents, so Kate's decision to vanish with her children was an act of blatant defiance.

As a result, she is spending the next 18 months in jail.

But like another recent high-profile case of a mother allegedly taking her twin young girls and hiding them in regional NSW, she didn't pull it off alone.

She had a secret network of people helping her evade authorities every step of the way.

'I went everywhere to get help'

The bitter custody battle between Kate and her ex-husband escalated in 2014.

As the case entered the time-consuming and costly Family Court system, Kate told the ABC she was scared not only for her life, but for her children.

She agreed to the custody arrangement in late 2014, but within two months had decided she didn't want him to have any access.

"I went to the domestic violence taskforce, I went to the local politicians, I went everywhere to try and get help," Kate says.

"I would not take the law into my own hands unless I felt it was an absolute necessity."

Three weeks before Christmas that year, she did just that.

Kate talks guardedly about a secret network that helped her escape and hide with the children in various locations around Australia. She would not identify anyone involved, nor say how she came into contact with them.

Kate and the children were staying at her mother Helen's home in Brisbane when the escape plan was enacted, but Helen had gone away for the weekend.

"She didn't know we were going. I left her a note saying we weren't going to stay," Kate says.

Remembering that moment, she began to sob quietly.

Kate and the children lived on remote acreages in places where there were no close neighbours or street signs indicating where they were.

They lived with families, but often had their own space and did not get too involved in the lives of their hosts.

"They were taking us on and taking a big risk. We stayed inside and did mostly home-schooling," she says.

"At night time, I'd do odd jobs for the people I was staying with in exchange for putting a roof over our head and feeding us.

"I had no phone, no internet, no clocks, nothing. I had no idea of time. I didn't pay any attention."

Kate said while she and her mother are incredibly close, it was too risky to contact her or other friends.

According to court documents from a different case, the Australian Federal Police (AFP) believe a network that hides runaway parents and children exists in Australia.

The AFP have alleged the network helped move a mother and two daughters from north Queensland to the north of Western Australia, then to Perth and regional New South Wales.

It is not clear whether Kate's network is the same group, although Kate admits being a close friend of the mother at the centre of that case.

Kate says she was oblivious to the massive search underway to locate her and the children.

The Family Court issued a recovery notice, taking the rare step of releasing their names and photos to the media in 2015. The AFP were looking too.

Kate is surprised that so much was done to find them, but admitted she did not think about it a lot.

"Domestic violence, mate … The fear of dying was greater than worrying whether the cops were coming or not."

Gabriel is about 10 years older than Kate and was her second husband.

Several years after they met, Ally was born and they were married. Three months after Ally's birth, Kate was pregnant with their second child, William.

After things broke down a couple of years later, they tried to reconcile but decided to split for good in 2013.

Gabriel said he was committed to sharing custody of the kids.

"I never expected this," he told a newspaper, six months after his children disappeared.

Gabriel declined to be interviewed for this story, saying he was now bound by the court's secrecy provisions.

He went to extraordinary lengths to find his children, hiring private investigators and flying to New Zealand, Brazil and the UK to chase down leads. He did media interviews and put up flyers in shopping centres and parks around Australia.

Chapman claims to have located more than 100 children, sometimes travelling overseas to take them back from a parent who has left Australia.

He said he had encountered dozens of parents accused of domestic violence offences and that Gabriel did not fit the bill.

"He denies all the allegations, and he was aghast at his inability to defend himself," Chapman says.

Life on the run ends

In the end, all it took to locate Kate, William and Ally was a simple property search.

Kate says she chose to give up the security provided by the network because her mother had cancer. It had spread to her lungs and the prognosis was not good.

It was mid-2017 and Kate was still disconnected from the outside world, but the network decided she needed to be told about her mother's condition.

Soon after, the family were driven back to Helen's house in the middle of the night.

Kate and the children moved in, but remained in hiding. Helen had refused chemotherapy and Kate used her medical training to treat her.

Meanwhile, Chapman and his staff were closing in, having received a tip-off Kate was staying in a suburb 30 minutes north of Brisbane.

"We just hit that area hard with advertising in every chemist, every 7-Eleven, every IGA, every garage," Chapman says.

"Then we did a property search. [Helen] had purchased a new property. We gave that to the AFP and they found the kids."

Kate's voice shakes as she describes what happened that day.

"The cops turned up around eight o'clock in the morning … it felt like a swarm of them. They scared the living shit out of me and mum," she says.

"I begged them not to take us," Kate says. "I said: 'If I'd known you were coming I'd have killed us rather than go back to this shit.'"

Kate says it was flippant and spoken in the heat of the moment.

But authorities and Gabriel's lawyers took those words extremely seriously.

Kate has not seen her children since that day last December. They now live with Gabriel.

In the foyer of the Federal Circuit Court in Brisbane, Kate has been hugging friends and trying to stay positive despite being charged with contempt of court.

While never charged with abduction or a criminal offence, Gabriel and his lawyers pursued her for failing to stick to the agreed custody arrangement from 2014.

Helen has also been charged with contempt of court for failing to inform authorities about her daughter's whereabouts.

In the flesh, Kate looks different to the woman in the photos released when the missing persons search was underway.

She has lost weight but there is a sadness in her face. She says she misses her kids, and that years of sleepless nights and exasperation have taken their toll.

She also expresses anger at the Family Court system, arguing it does not give enough credit to women suffering domestic violence.

"It's been absolute hell, what we've been through. And no-one listens. Everyone thinks its a freaking joke, but it's not," she says.

In the courtroom, Judge Michael Jarrett is scathing when describing Kate's actions. He says she showed "flagrant disregard" for the court when she absconded with the children.

He says Kate deprived the children of getting to know their father and inflicted trauma upon them because of the many times they shifted homes.

Judge Jarrett says Kate's claims about domestic violence and emotional abuse of the children had no factual basis.

"On the balance of probabilities, I am completely unsatisfied [Kate] was subjected to the domestic violence or family violence she describes," he says.

Judge Jarrett sentences Kate to 18 months in jail for contempt of court. None of it will be suspended, meaning she will serve the full term. A fine, he says, would be "inappropriate".

There is a loud gasp in the courtroom. Some in the gallery anxiously whisper to each other to check if they heard the judge correctly. Others begin crying.

Kate is motionless and stone-faced.

Next, Justice Jarrett turns his attention to Helen. She too will go to jail for a minimum of three months, with a further three months of her sentence to be suspended.

"I have no doubt a custodial sentence will be difficult," Judge Jarrett says to 74-year-old Helen.

"Court orders are to be obeyed and any breach will be dealt with."

Justice Jarrett calls for the security officers. The women are to be escorted to the cells and in a matter of minutes their jail terms will begin.

Kate is visibly upset now, but has to hold it together in the time she has left to quickly talk with her lawyer and embrace her closest supporters.

Helen remains seated. Her face has turned white and she looks stunned.

Outside court, Kate and Helen's lawyer confirms the women will not be appealing Judge Jarrett's ruling.

"They've run out of money," she says.

Even Gabriel's legal team is surprised by the sentence imposed. They had only asked for a 12-month jail term for Kate and for Helen's penalty to be wholly suspended.

Col Chapman says Gabriel initially didn't want his ex-wife to be sent to prison, but was talked into it by his lawyers.

"The justice system must step in to send a message to other mothers that this cannot go on," Chapman says. 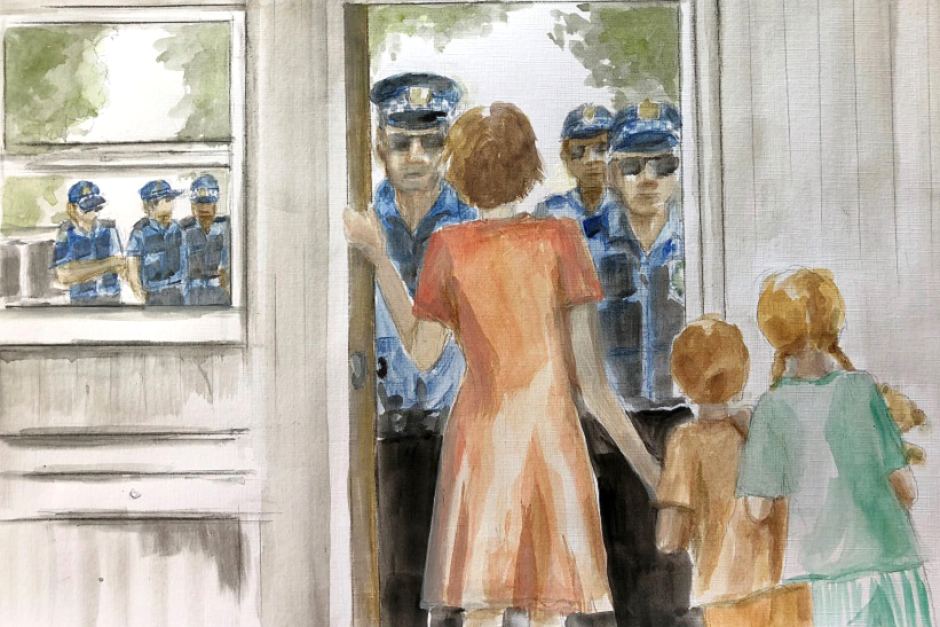 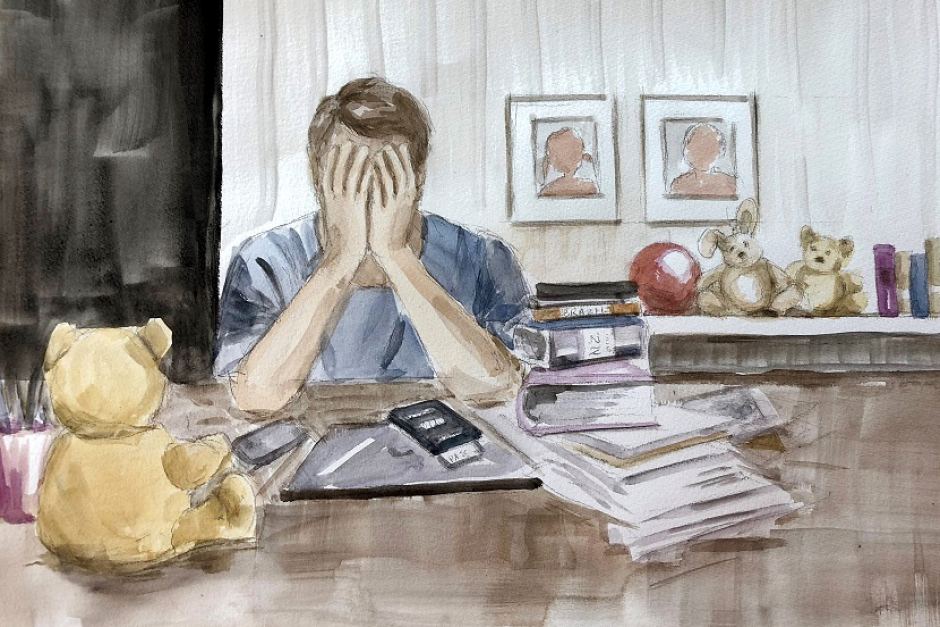 William and Ally have spent the last eight months living with Gabriel, who has full-time custody of them for now.

He is hopeful of making the arrangement permanent by the end of the year.

Those close to Gabriel say he would be open to Kate having some contact with the children when she is released, but it would need to be heavily controlled.

He hasn't forgotten what Kate said about killing the children, even though she maintains it was an empty threat.

The kids had vague memories of their father when they returned, but quickly settled in to their new routine. From time to time, they still ask after their mum and grandma.

They are yet to be told that both are now in prison. A counsellor will be consulted on how to break the news to them. 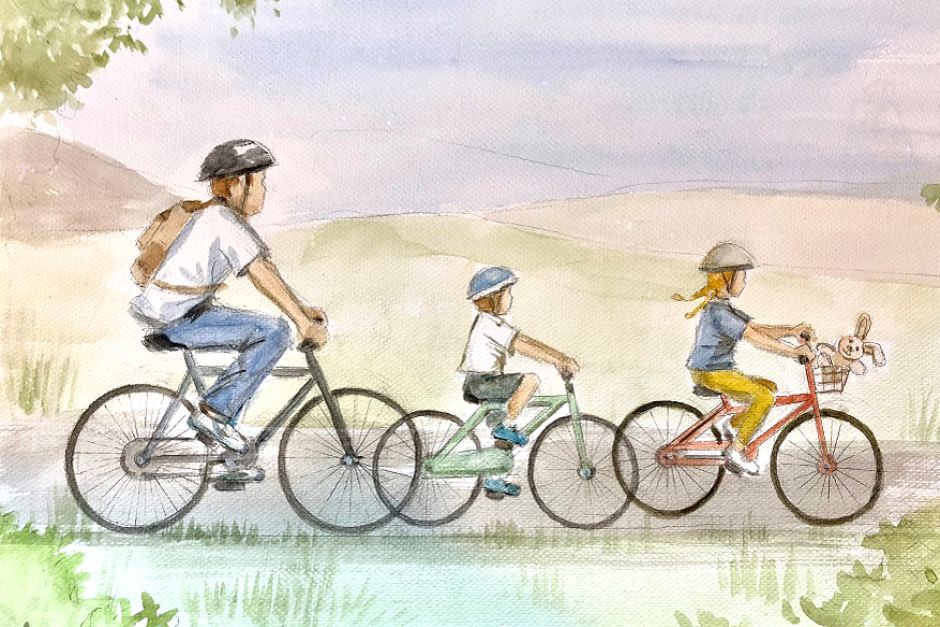 They are back at school for the first time in years. Gabriel wants to teach the children how to ride bikes. William is due to join a cricket club this summer. Ally will give ballet a try.

Chapman says Gabriel is making the most of his second chance at being William and Ally's father.

Names of the mother, father, children and grandmother have been changed to comply with family court regulations.