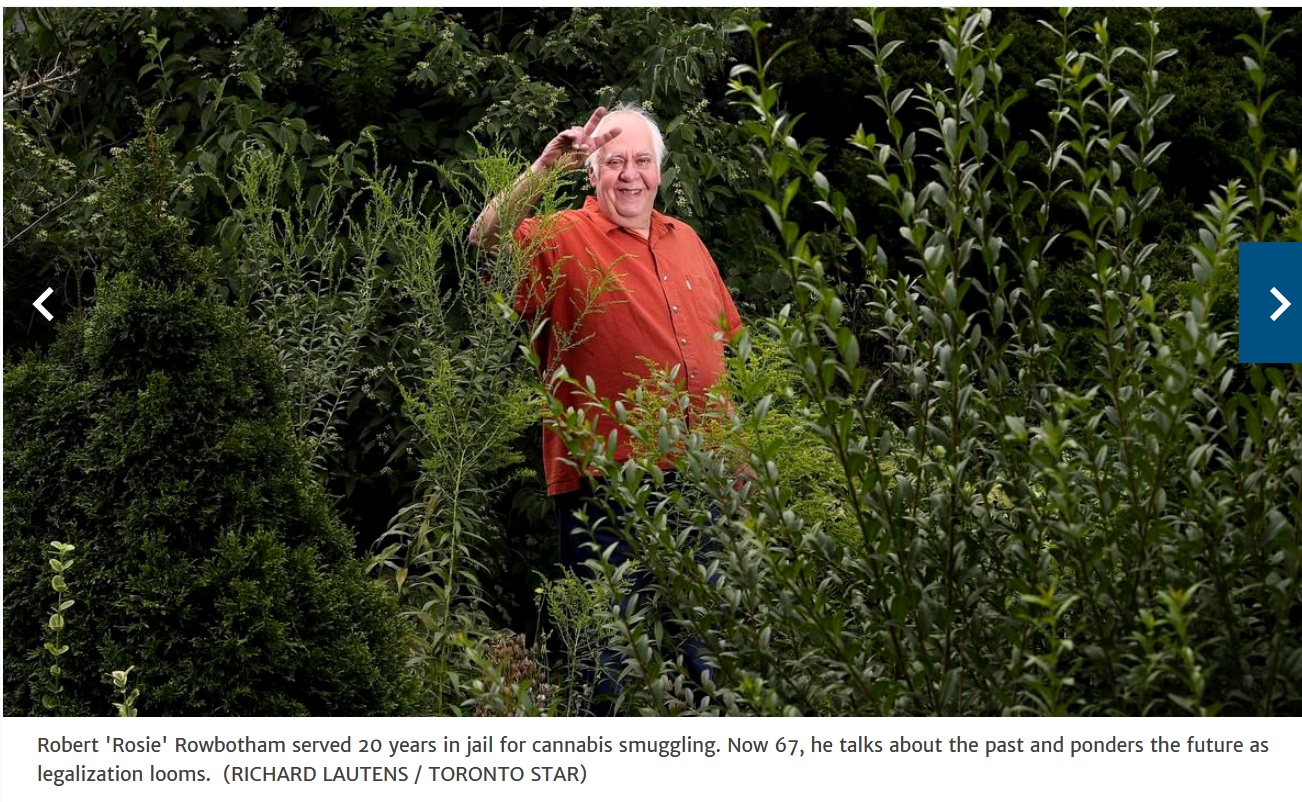 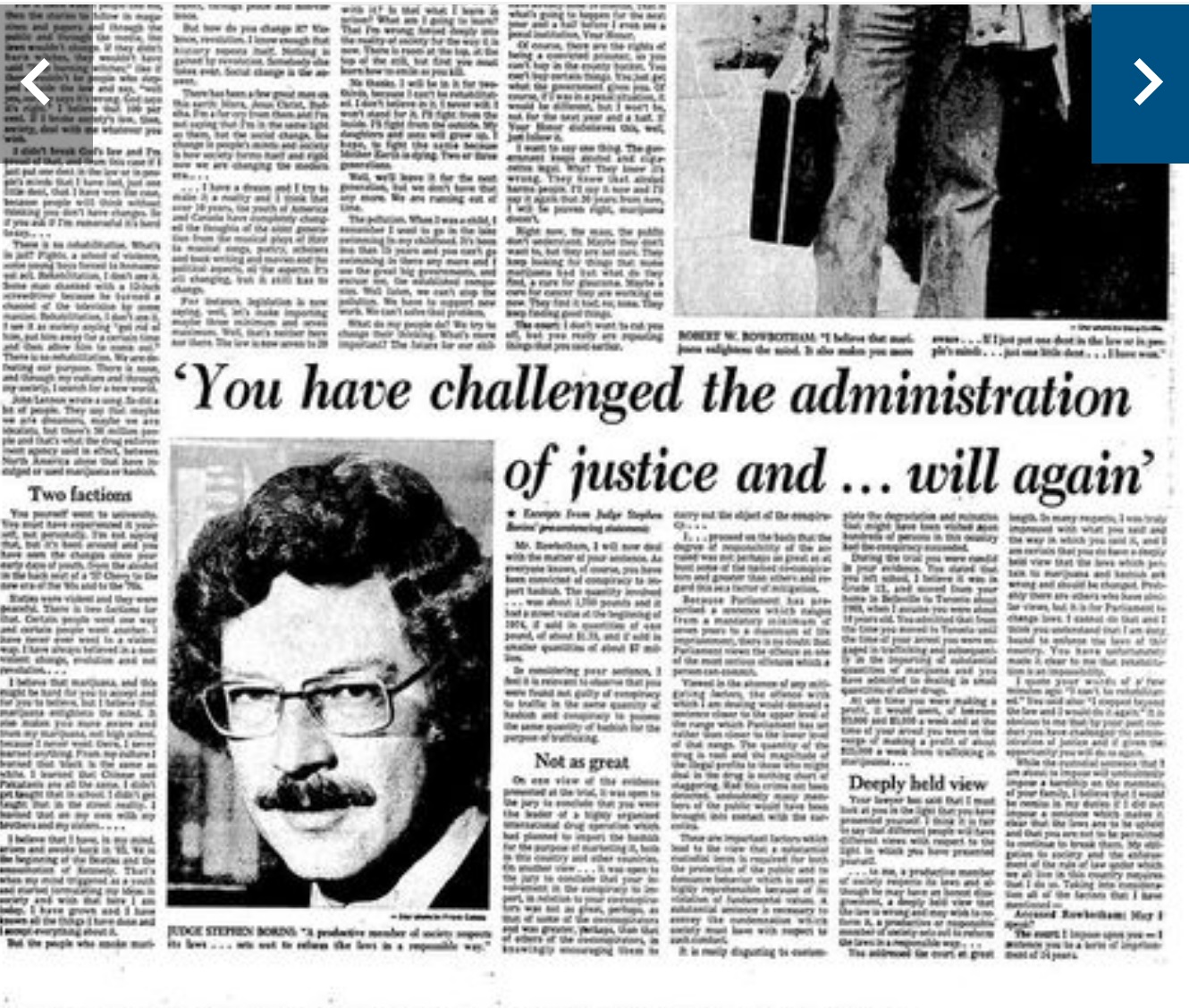 In the twilight of prohibition, as these final weeks burn down toward legalization, you might think Canada’s longest-serving cannabis prisoner would have something to say.

On Facebook or Twitter. On TV or on your phone, even. You might expect at least a few tellings of the nearly forgotten yet jaw-dropping exploits of Robert “Rosie” Rowbotham, who spent decades of his life in a defiantly pitched battle against the law that is about to expire Oct. 17.

No one person can claim martyrdom for Canadian marijuana reform. But when it comes to audacious cannabis crime resulting in brutally hard time, nobody took bigger chances with sheer tonnage, nor paid a heavier price for it, than Toronto’s Rowbotham.

Where others involved in the hippie-era drug trade laid low, the flamboyant Rowbotham was defiant to a fault. With each life-altering bust he would take his punishment with explosive speeches to the court, declaring the law an ass and vowing to carry on upon his release.

At his peak as a world-class smuggler based in Toronto, Rosie had big names on his side — two-time Pulitzer Prize-winning author Norman Mailer, in 1977, and singer/songwriter Neil Young in 1985, each stood in the witness box speaking in his defence as sentencing loomed.

Mailer described Rowbotham as equal parts swashbuckling Errol Flynn and for-the-people Robin Hood, saying locking him up would be “bad for the cosmos.” Young, whose brother Bob was among the co-defendants in ’85, stressed that Rowbotham’s Toronto network drew a “moral line” of trading only in cannabis. And the only thing wrong with that, said Young, is that “the government’s not getting its share.”